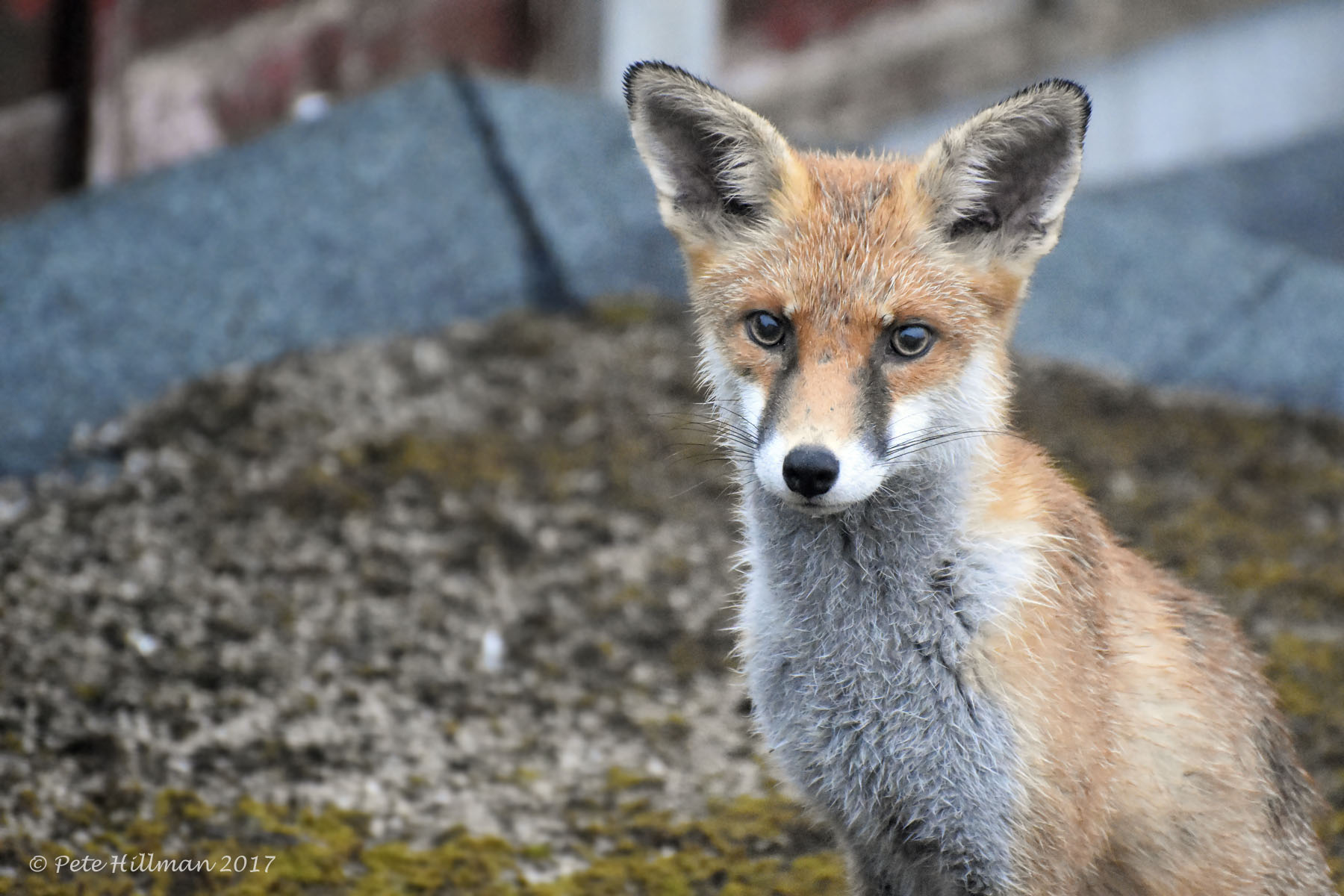 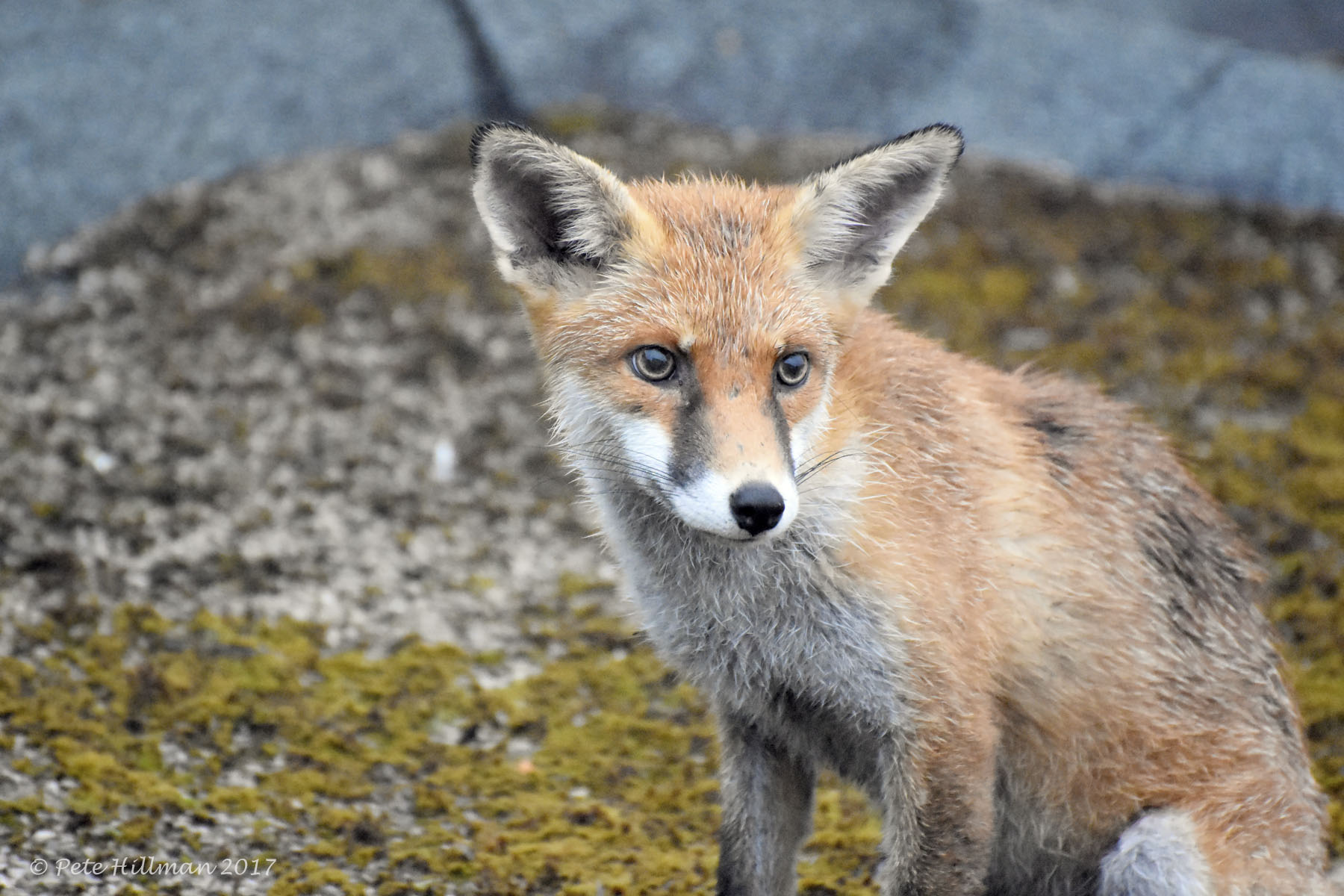 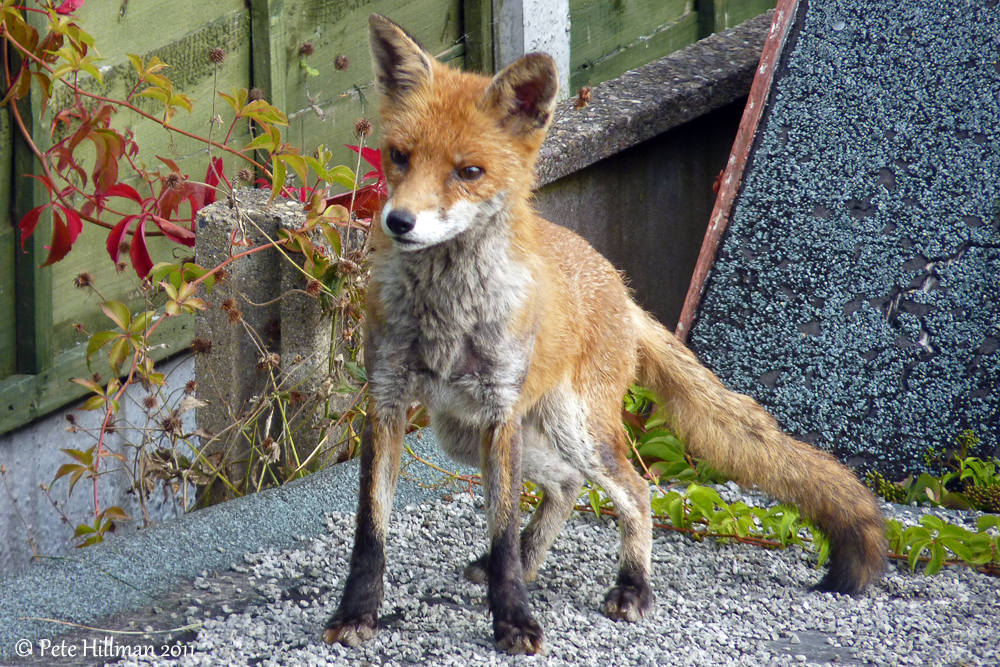 Also called the Red Fox, it has reddish fur with a long bushy tail and white undersides. The head is long and pointed with large ears which are extremely sensitive, and they can hear a mouse squeak at a distance of 100 m. This solitary nocturnal hunter is rarely seen in the daytime where it lies amongst dense vegetation, instead preferring the shelter of the dark to hunt and prowl the countryside or urban streets.

Foxes live in family groups, mainly establishing stable home ranges by marking their territories with urine. The group is led by a mated pair which monopolise breeding, and the subordinates in a group are usually the young of the pair. Subordinate foxes help in rearing vixen kits, and when they are old enough and the provision is there they will leave their family unit to win a territory of their own to enable their own reproductive cycle. They reproduce once a year in the spring, where the vixen gives birth to a litter of 4 to 6 cubs which are blind to begin with. The male helps brings food to the den until they are independent at between three to five months. The den maybe within thick vegetation or amongst dense tree roots. Foxes will also burrow into hillsides and live beneath the earth, especially in harsh winter conditions. Burrows can be up to 2.5 m deep, formed with interconnecting tunnels and cave system. The main passage can be up to 17 m in length. It can live for up to 10 years.

The city fox scavenges for food amongst the human waste we leave behind in bins or as litter on the ground, but it will also predate on pet rabbits and guinea pigs left outside in cages when it can. It will also hunt down wild animals such as rodents and leporines. As omnivores, they will also feed on insects and fruit, and even earthworms.

Seen all year round, it is found in most habitats, including woodland of all types, scrub, farmland, heatland and moorland, dunes, coast and marshes, and it can be abundant in built-up areas. Despite many years of persecution it is common and widespread throughout Britain. The Fox is not a protected species, and many are shot or posisoned, whilst others are killed on roads. It was once widely hunted with dogs, but this has been illegal in the UK since 2004.