Who said romance was dead? These pair of flies surely didn’t think so. They found a nice pile of horse dung and let nature take its course. 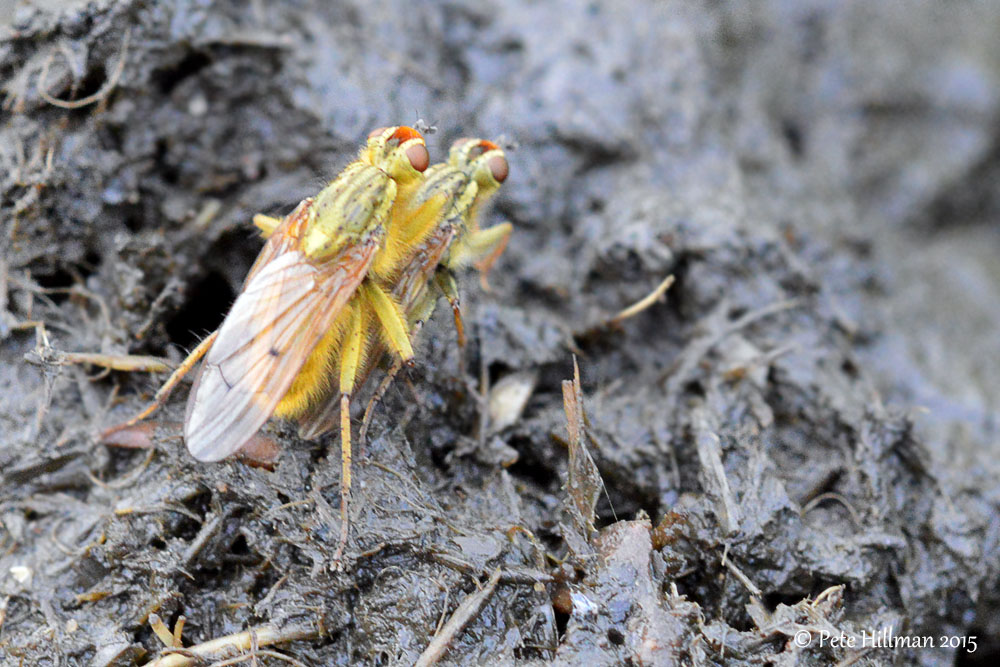 The males are a very golden-yellow colour, and quite furry. The females are greyish green and not so furry. Length up to 10mm. 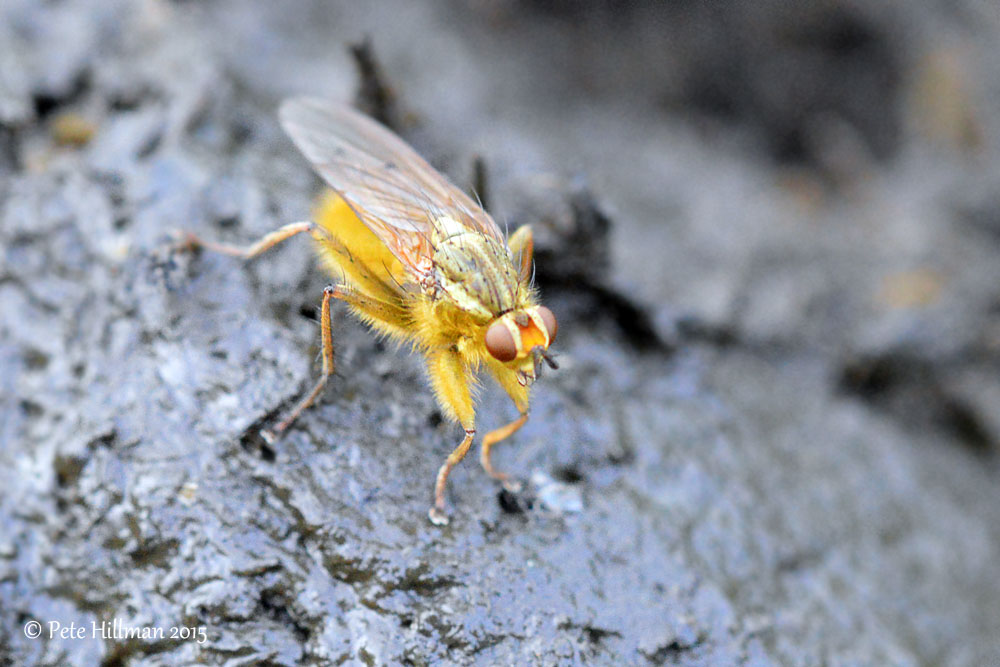 During summer the males swarm in large numbers on every cowpat to attract the less common females. After mating the females lay their eggs in the dung on which the larvae later feed on. The adults feed on other insects that frequent the dung.

Seen April to September wherever there is cattle or horse dung, like pastures and fields. Very common and widespread.