Not quite a woodshed but a garden shed. Early this morning I heard the deep buzzing first of Britain’s largest wasp, the European Hornet (Vespa crabro), then I saw it scrambling up the shed window trying to get out. 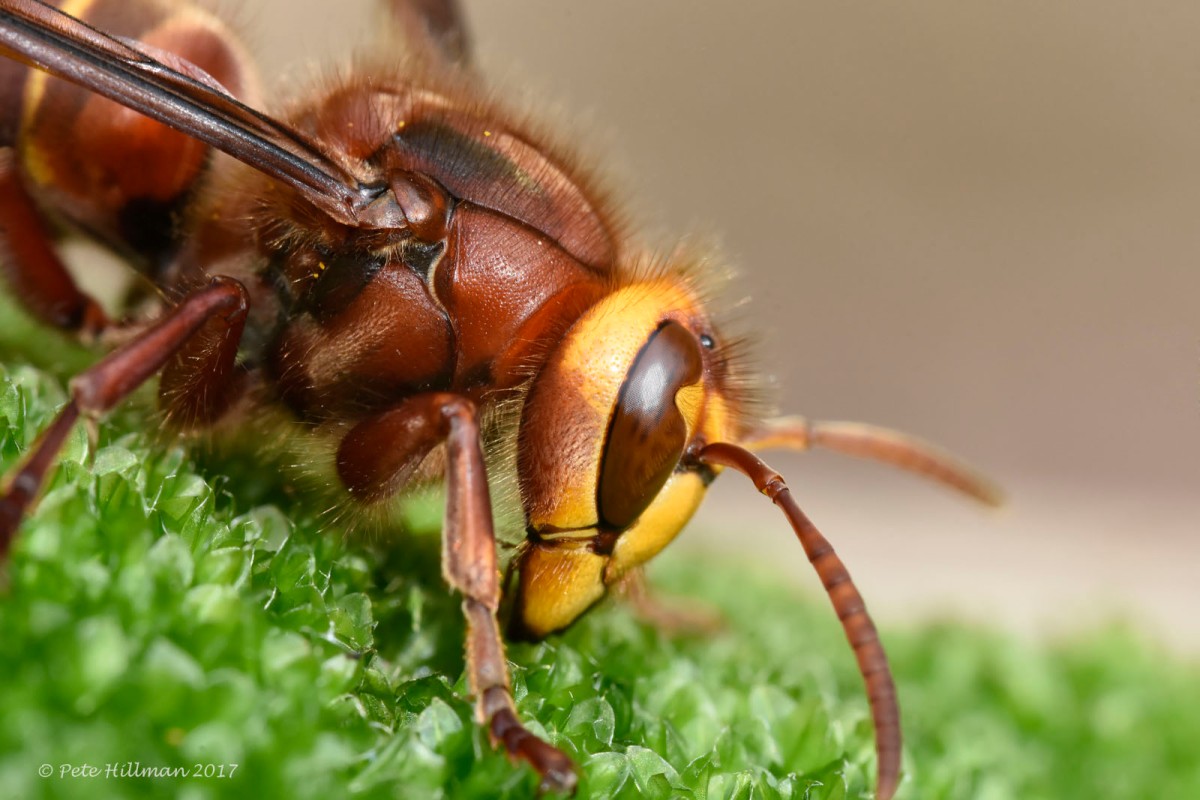 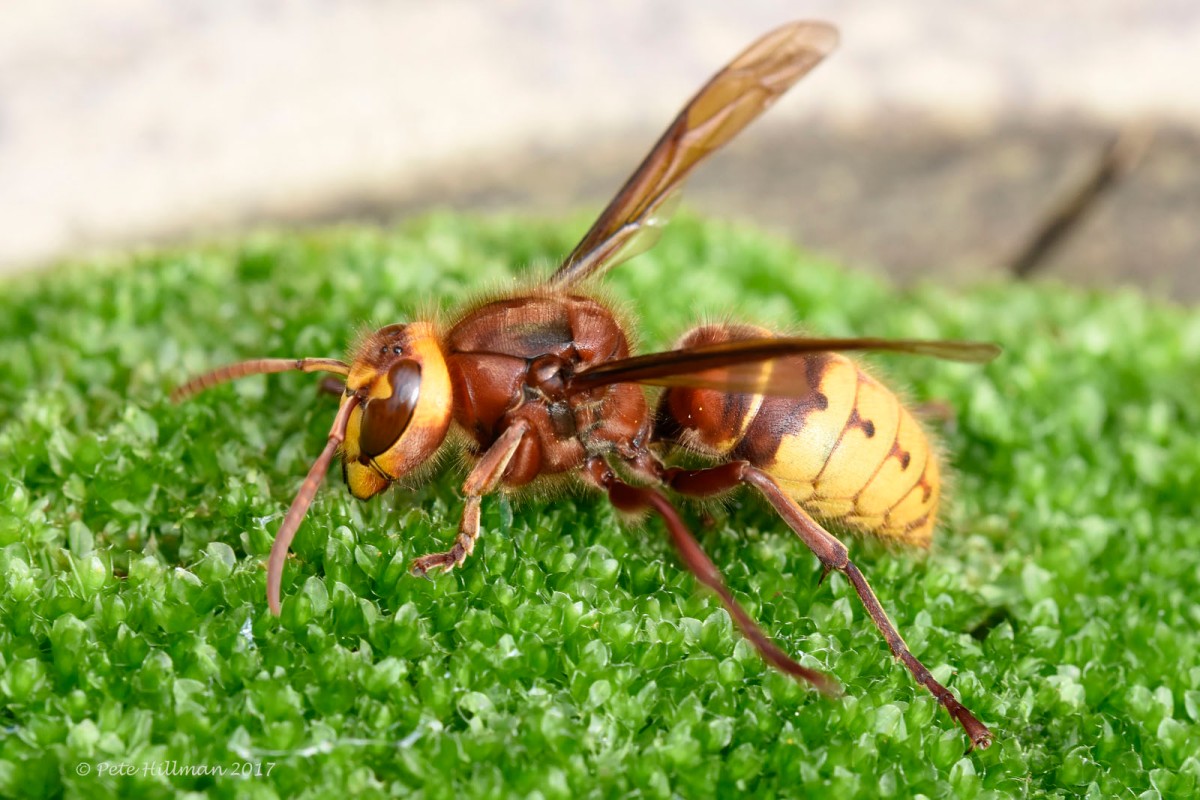 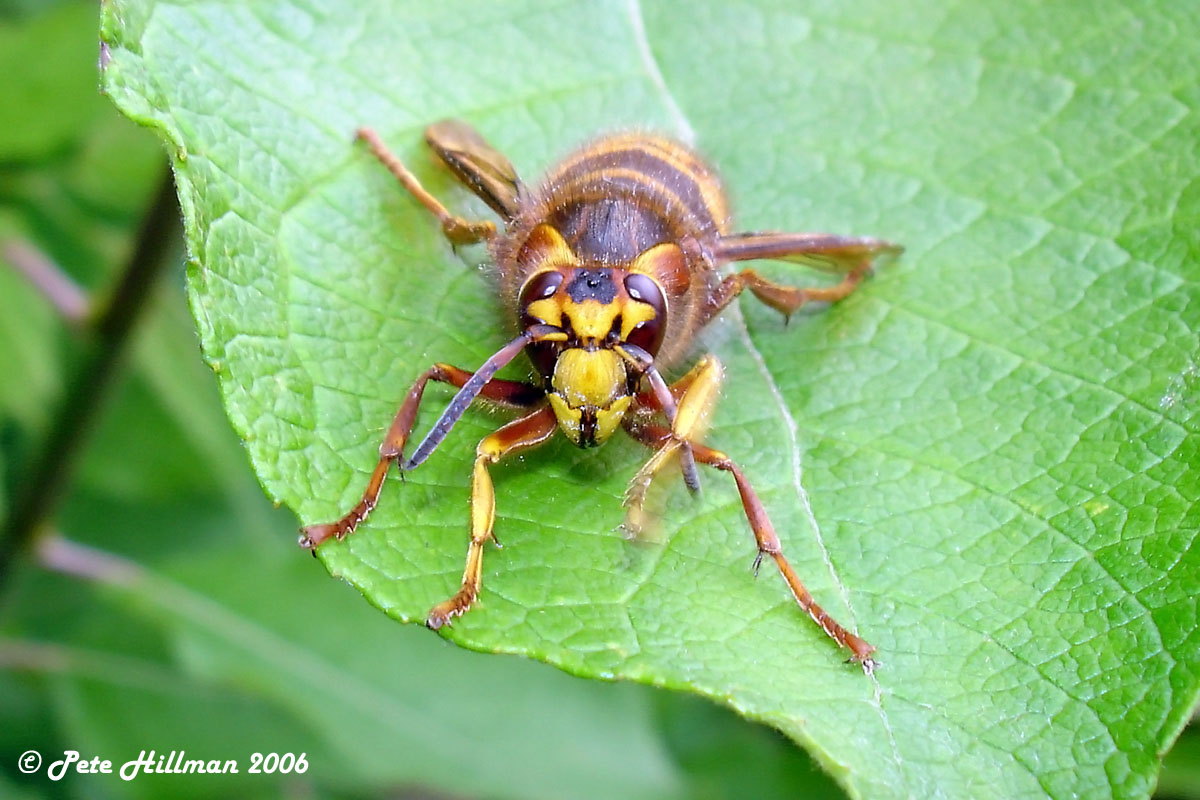 Britain’s largest wasp, it is most distinctive with its brown and yellow colouration. The eyes are large and C-shaped, and they also have three simple eyes (ocelli) in the centre of their forehead between the main eyes. Length 20 to 30mm. 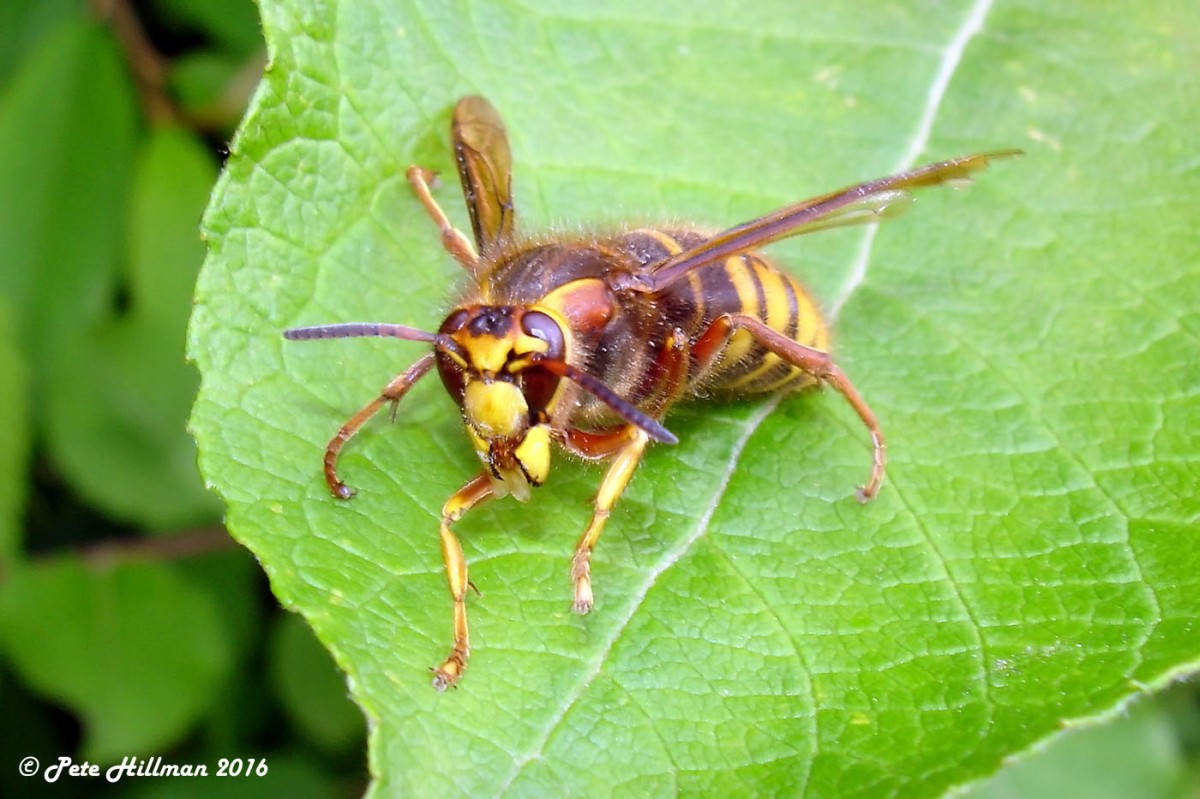 The nest is made from chewed wood and is paper-like, and are found in tree hollows, chimneys or wall cavities. Hornets are carnivores and predate on many garden pests, but they can also destroy honeybee hives.

Seen spring and summer, and through into autumn until the frosts set in which kill them all off except the young queens which survive the winter hibernating in sheds or tree hollows. Found in woods, parks and gardens. Attracted to light. Quite uncommon, but widespread in the south and centre of England and most of Wales, scarce or absent elsewhere.

Hornets are characterised as aggressive insects, and although due to their large size they can appear fearsome, they are less aggressive and less likely to sting than the average wasp. But their sting can be quite painful if they are provoked or especially if their nest is threatened.