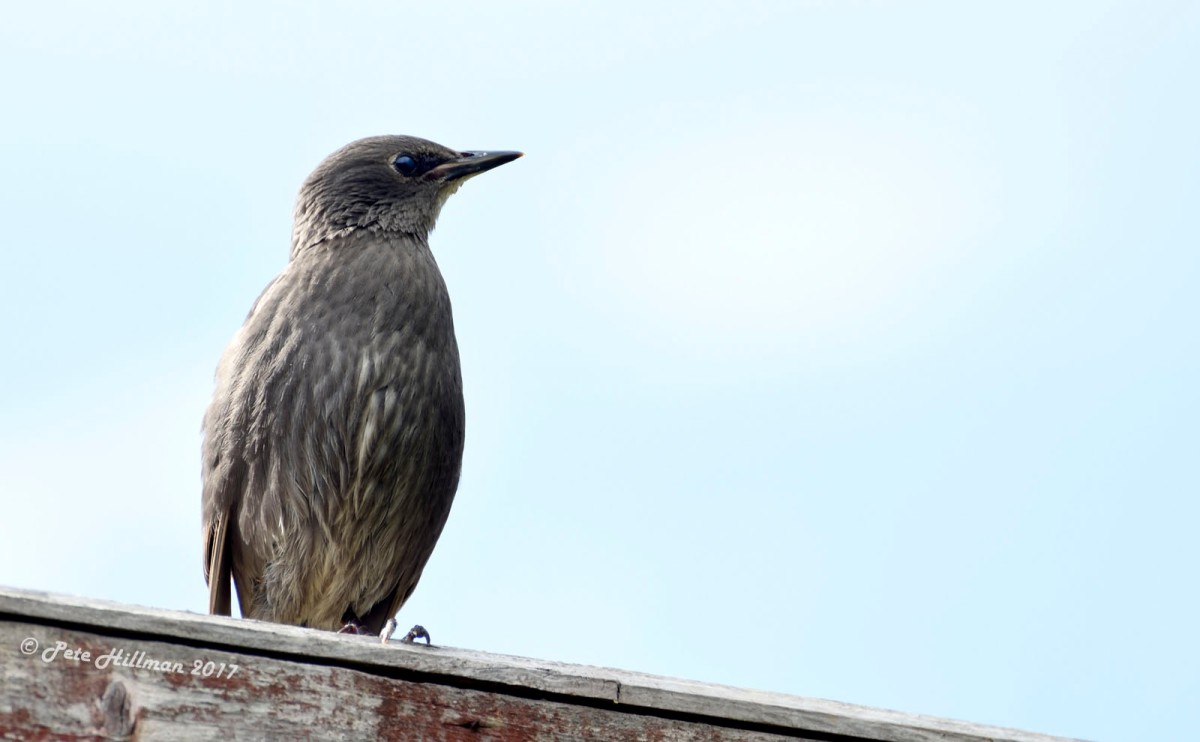 I am fortunate to have many Starlings visit my garden. Sometimes I have counted up to 30 or more perched in branches. These appear to me to be the clowns of the bird world, always noisy and flying around like crazy, and when one flies off they all do, following the leader like aerial sheep.

Both sexes have glossy black plumage with a green and purple sheen, and pale spangles. The bills are bright yellow with a blue base on the males, and a pink base on the females. The juvenile has a dark bill, and plain brown plumage.

They feed in large flocks, consuming invertebrates, seeds and berries. They will also take food from garden bird tables and feeding stations. The nest is made of grass and stems, lined with roots, moss, wool, and feathers, built in a tree hole or a wall cavity in a building. The female lays 4-7 eggs in 1 or 2 broods from April to July. They can live for up to 5 years.

Seen all year round, in woods, towns and cities, parks and gardens. The RSPB have given the Starling a Red Status due to a 70 per cent drop in numbers in recent years, most likely due to changes in agricultural practices. Despite this, this noisy bird is still one of the commonest garden birds. They are widespread, except for the highest parts of the Scottish Islands, and most abundant in southern England.

Starlings form large, dense and noisy flocks which fill the skies they pass through. They can contain between five to fifty thousand birds when they flock in mid winter in the UK, and is one of nature’s great events.