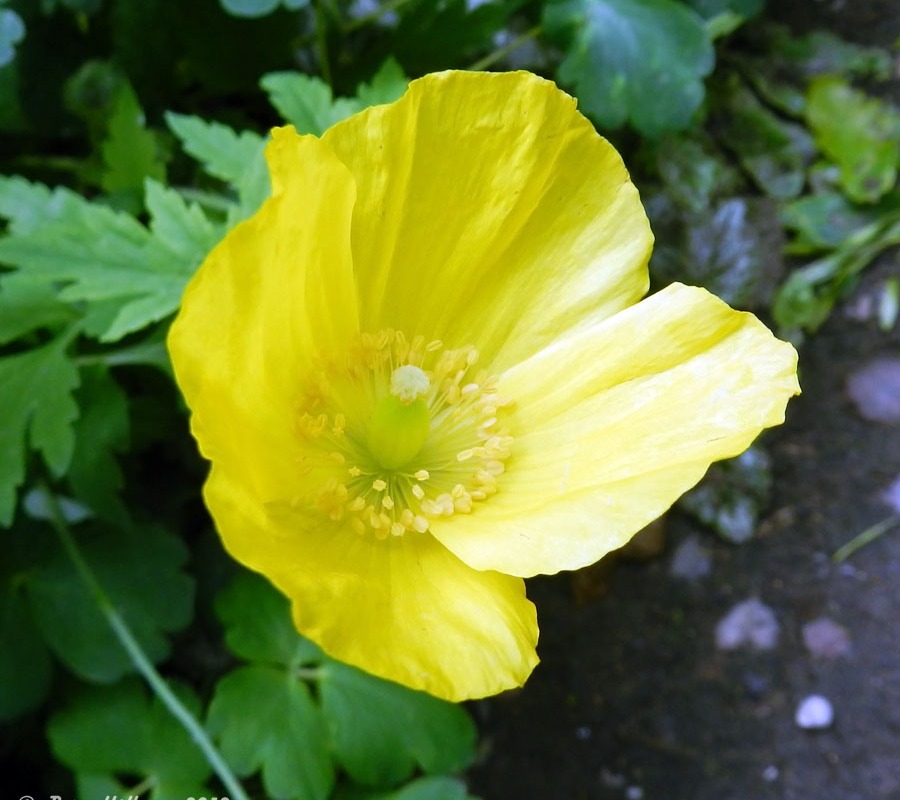 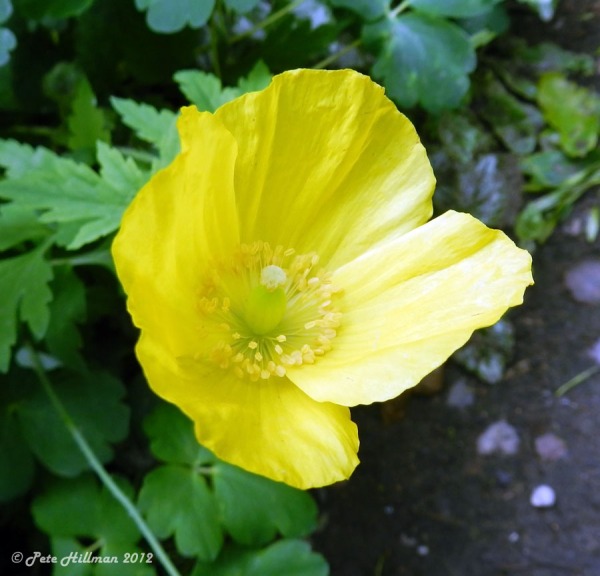 A bright lemon-yellow poppy with four tissue-thin petals. The leaves are a light yellow-green and pinnately divided into five toothed lobes. It has long, ribbed seed capsules that split when ripe, releasing many tiny seeds.

It flowers June to August. and is found in damp, semi-shaded positions, such as rocky places, old walls, and upland woods. Native to Wales, south-west England and Ireland. Naturalised as a garden escape elsewhere. 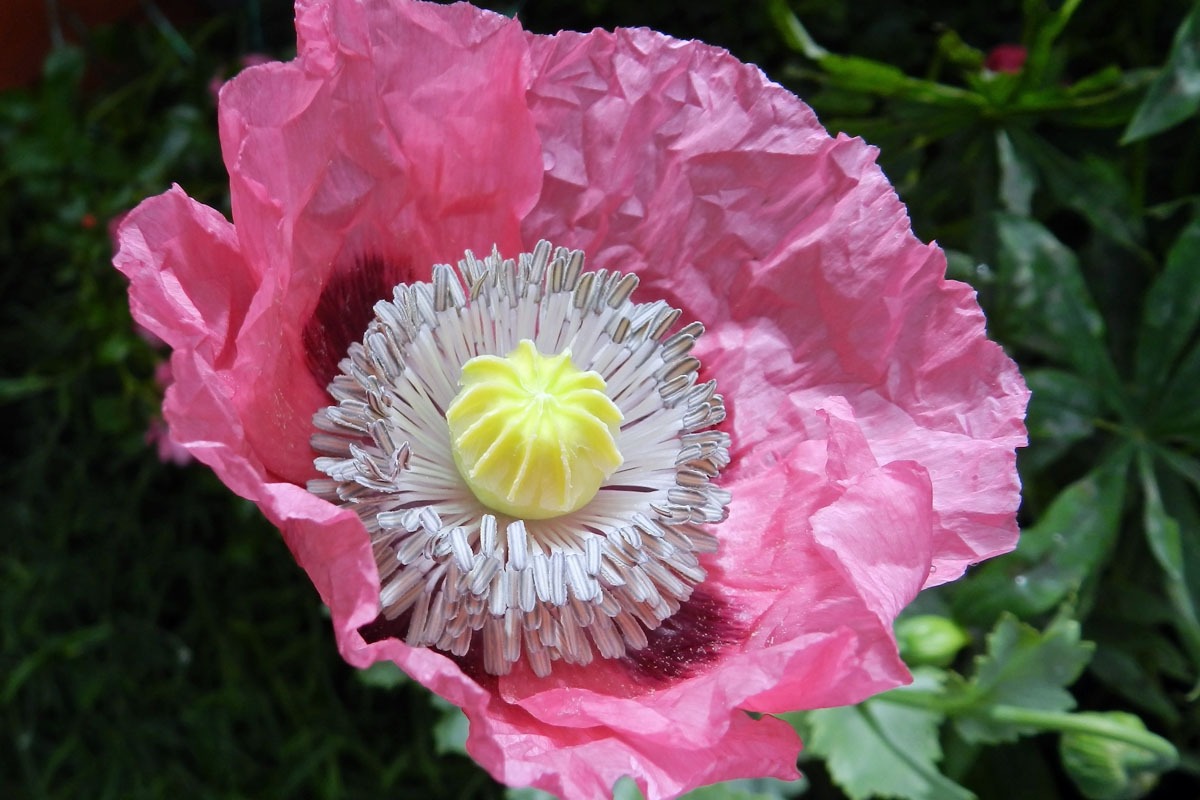 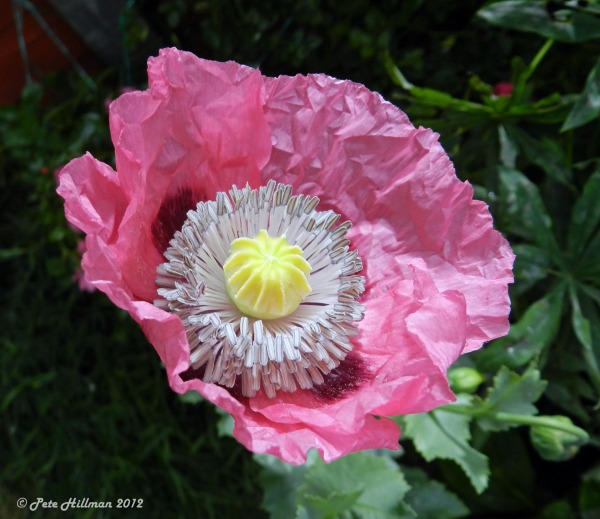 This beautiful scrunched tissue-like bloom has appeared as of nowhere in my garden but a few times over the years. It is a tall and hairy poppy, with large flower heads of pink to reddish-pink and purple. The leaves are a bluish-green, and shallowly lobed.

It flowers June to August, and can be found in gardens, and waste ground as an escape. Introduced to the British Isles and cultivated in antiquity. Scarce in Scotland and Ireland, but common and widespread elsewhere.

It used to be called the ‘Common Garden Poppy’, for it was widely used as an ornamental plant, but today it is frowned upon because of its use in illegal drugs like heroine and opium. But it is also used in medicine as a pain relief such as codeine.

Greater Celandine is an unusual member of the poppy family. The flower head is small, and has four separate petals and long yellow stamen. The leaves are light green and alternate pinnate in form, with rounded lobes.

It flowers April to October, and is found in semi-shaded locations, including hedgerows, verges and rocky places. Common and widespread except for the far north of Scotland.

I adore poppies of all kinds. I don’t know why, but I just have a thing for them, and when I see one across the fields, or a field full of them, I have to make tracks there immediately.

Also known as the ‘Corn Poppy’,  ‘Field Poppy’ or ‘Flanders Poppy’, amongst other names, this is a bright and splendid annual with vivid scarlet flowers which may form stunningly beautiful drifts of red across wild flower meadows or cultivated fields. The seeds can lay dormant for up to 80 years.

Flowers June to September. Found in disturbed ground of all kinds, arable land and meadows. Common and widespread throughout the British Isles. 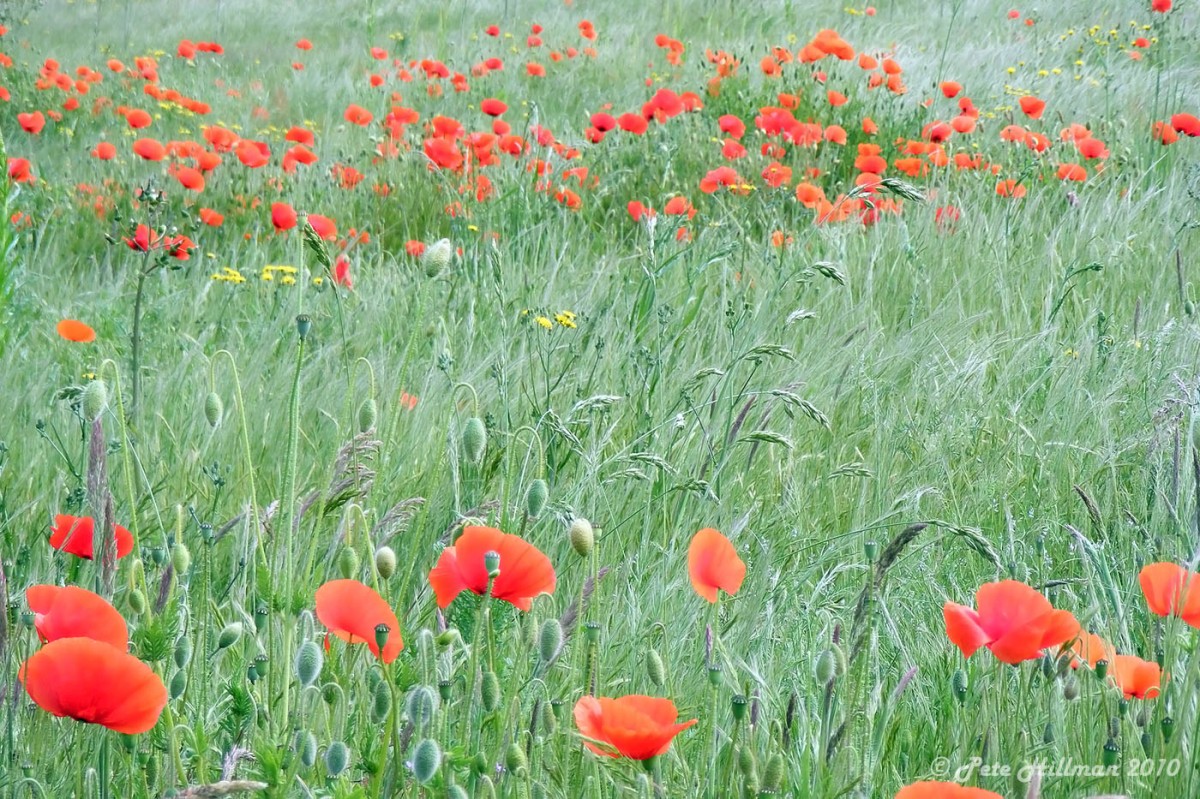