On my countryside walk this morning I stopped at the local pond. It is but a stone’s throw from the river, and in the centre of a farmer’s field. The farmer hasn’t been too pleased with it being there, and for some years he has tried his hardest to drain it but to no avail, and thankfully so. That’s how the land lies, and that’s a low point, hence the pond, but he still has plenty of ground to plant crops around it, and he makes good use of it. It has become a well-established pond, and I wanted to see if I could see this somewhat elusive dragonfly, the Black-tailed Skimmer (Orthetrum cancellatum) again.

Thankfully I was treated to an amazing acrobatic aerial display as one, at first, zoomed around this pond filled with Bulrushes and Flowering Rushes. It was soon joined by another. They were both the blue-bodied males. The yellow-bodied females were nowhere to be seen.

The one male had his favourite perch, a smooth stone half buried near the water’s edge, and it kept coming back to it to bask in the sun. 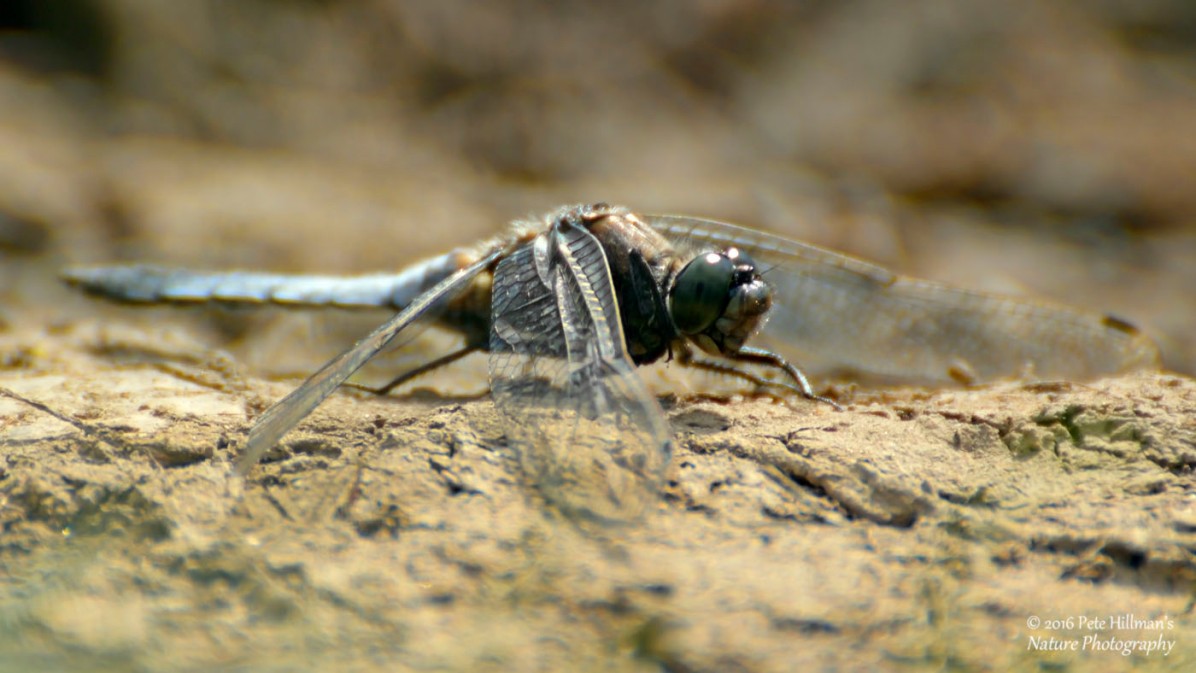 It took a while for him to settle properly, as he was so aware of my presence, but he did so, and he kindly obliged me this photo shoot. I had to get belly flat low for some of these, like the one above. If I can I like to try to meet them eye to eye, at their microcosmic level.

I was startled and distracted a couple of times by the noisy call of a Green Woodpecker as it flew between oak trees in the woods nearby, but by being patient and vigilant the pond rewarded me, and the Black-tailed Skimmer flew over the sun-spangled water. His domain. His world. 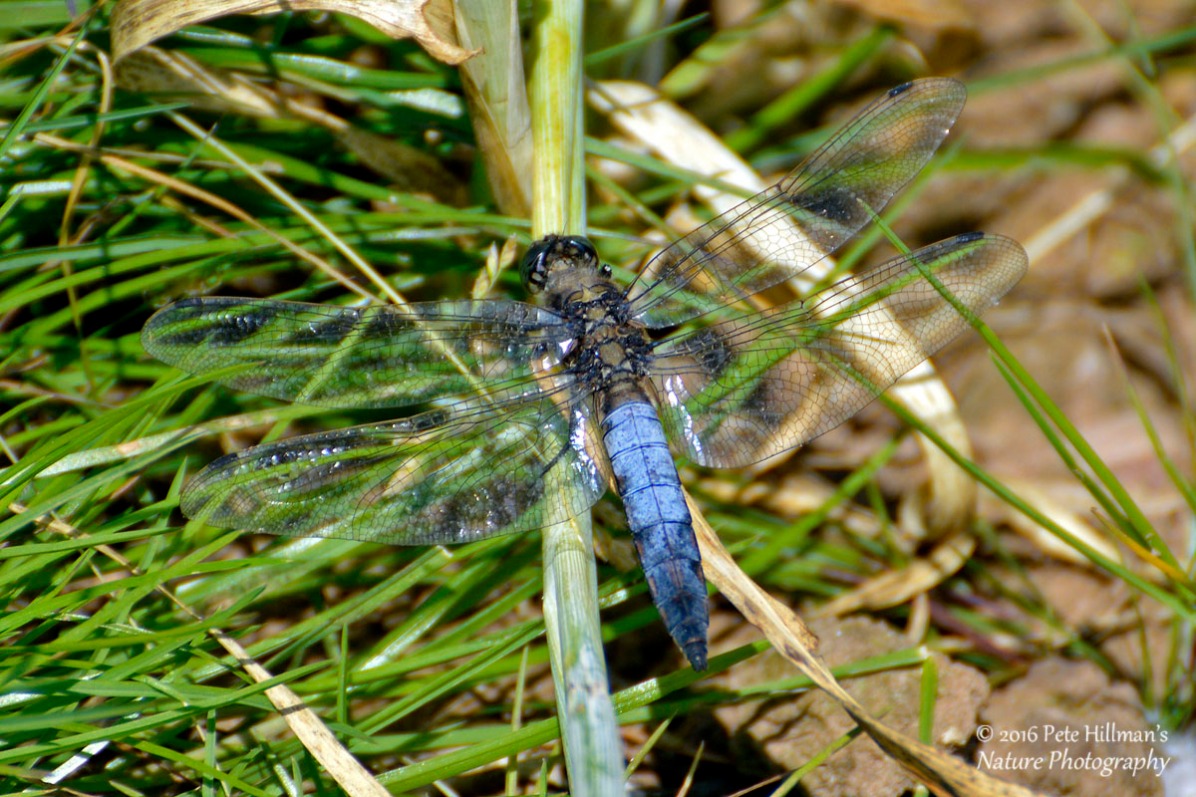 The males of this medium=sized dragonfly have a blue abdomen, except where it tapers towards the end which blackish. The eyes are greenish-blue. The female eyes are brown or olive, the abdomen is yellowish with two dark stripes.

The female dips the tip of the abdomen into the water’s surface to lay her eggs. They hatch about 5 to 6 weeks later, and the larvae will live in plant debris at the bottom for 2 to 3 years before emerging as adults.

Seen May to August, and found around most bodies of water.