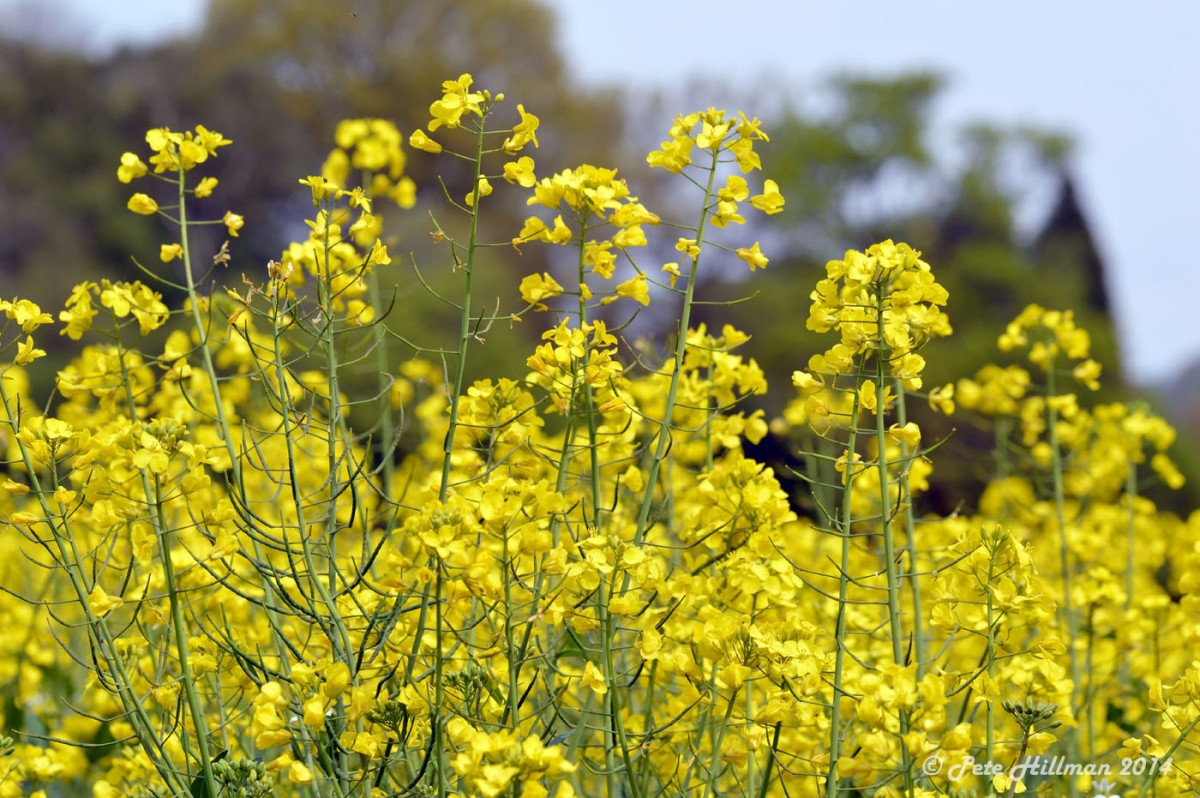 Also called ‘Oilseed Rape’, ‘Rapeseed’ or ‘Siberian Kale’, this plant is quite a spectacle in early summer when seen covering fields in bright yellow flowers. The flowers have 4 petals, and they are borne in spikes. The elongated pods produce many seeds which yield an oil called rapeseed oil or canola which has many commercial uses. The leaves are greyish green with wavy margins and a pale midrib. The lower leaves are stalked and lobed, whilst the upper leaves are unstalked and clasp the stem.

It flowers May to August. Rape naturalises on cultivated land, field margins, roadsides and wasteland. Native, common and widespread throughout. It is widely cultivated.

Rapeseed oil has many uses commercially. Because of its very low saturated fat content it is used in cooking oil and margarines. It is also used in soap, lamp fuel (colza oil), for lubricating jet engines, and as a biofuel. The seeds are also used for animal fodder and bird feed. 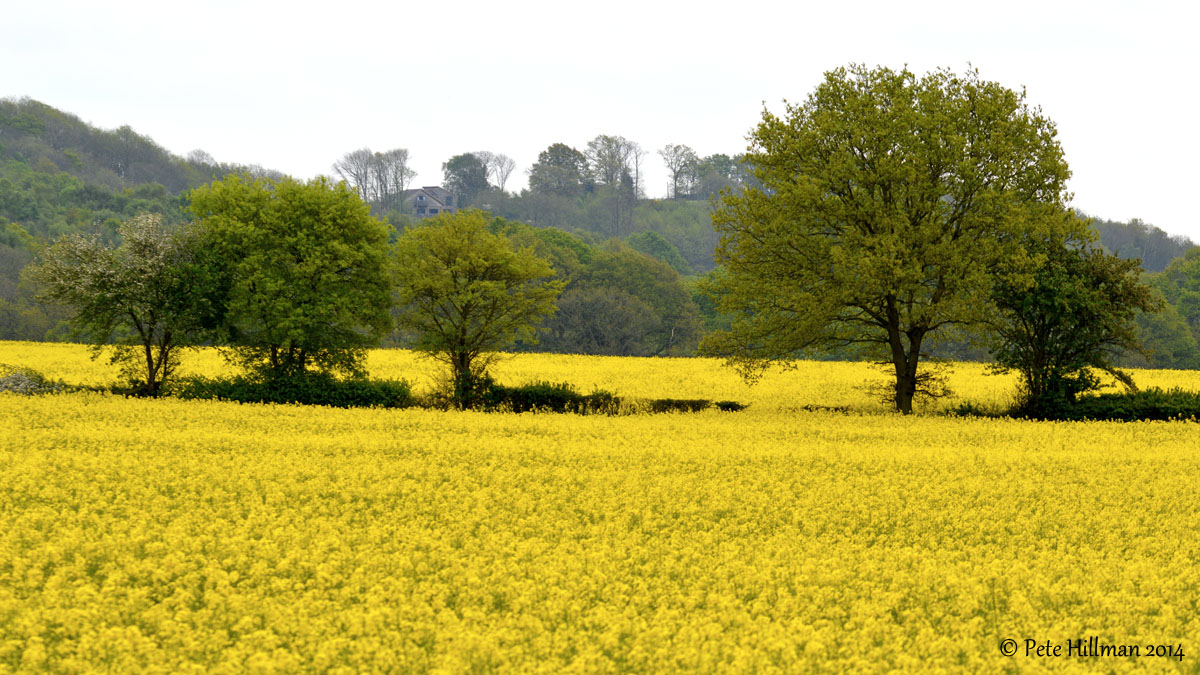 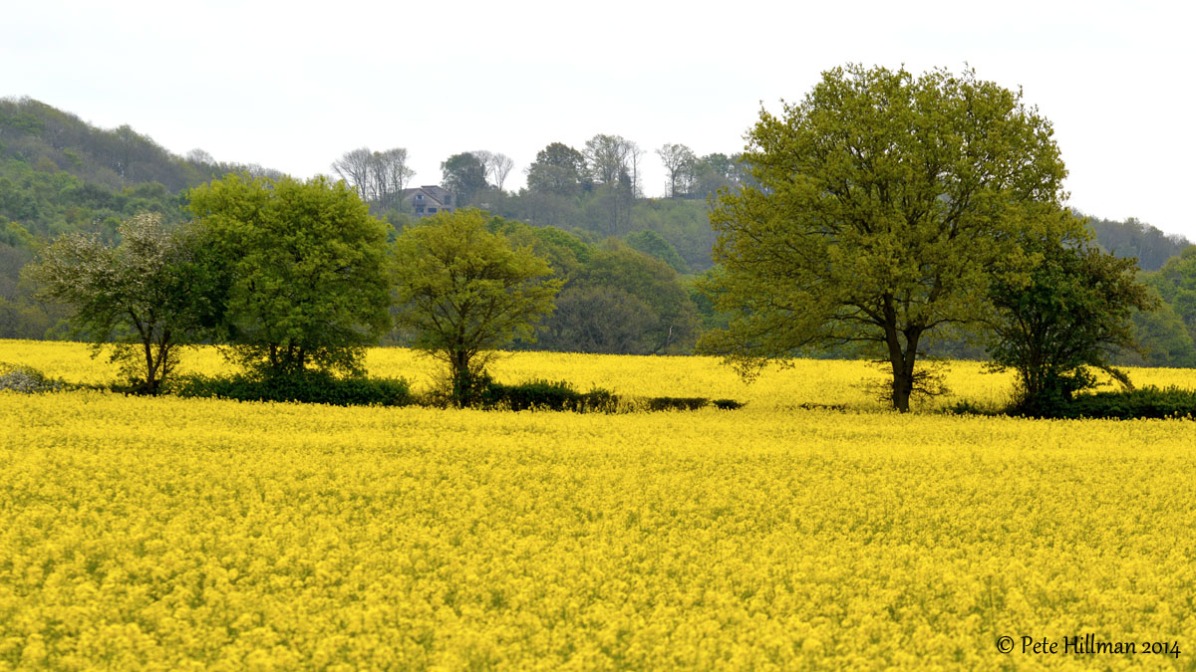 Even with dull, slate-grey skies you can usually find something out and about whilst walking that brightens the day. This is a field filled with Rape (Brassica napus), and the shoots on the trees were just opening up fresh and green.