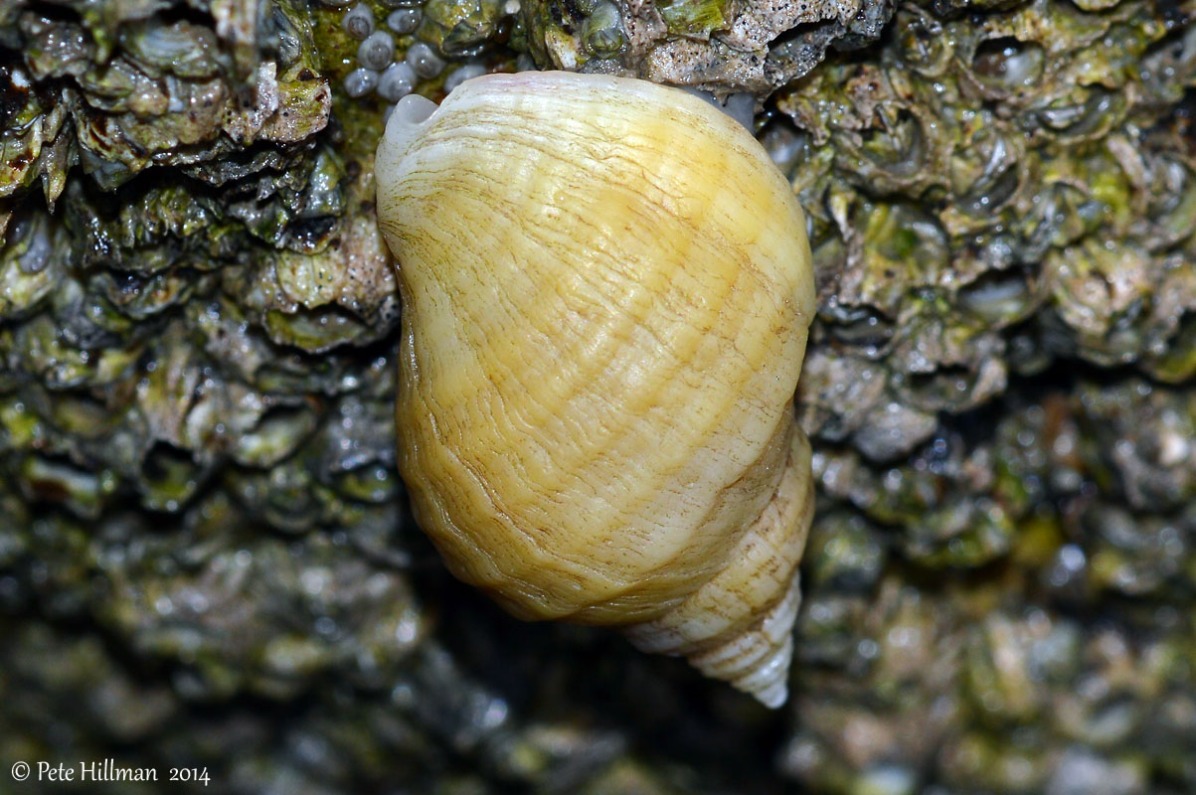 The Dog Whelk’s shell is variable in colour, from white to dark brown, yellow or banded. Thick-shelled, it is broadly conical bearing spiral ridges with a short spire. Shell height 3 to 5cm.

It is a fierce predator of mussels, barnacles and other molluscs. It bores a hole into the prey’s shell using its radula. Its digestive juices dissolve the prey and it sucks it up with its proboscis. It produces yellow egg capsules which are fixed in clusters under rocks. It can live for up to 10 years. 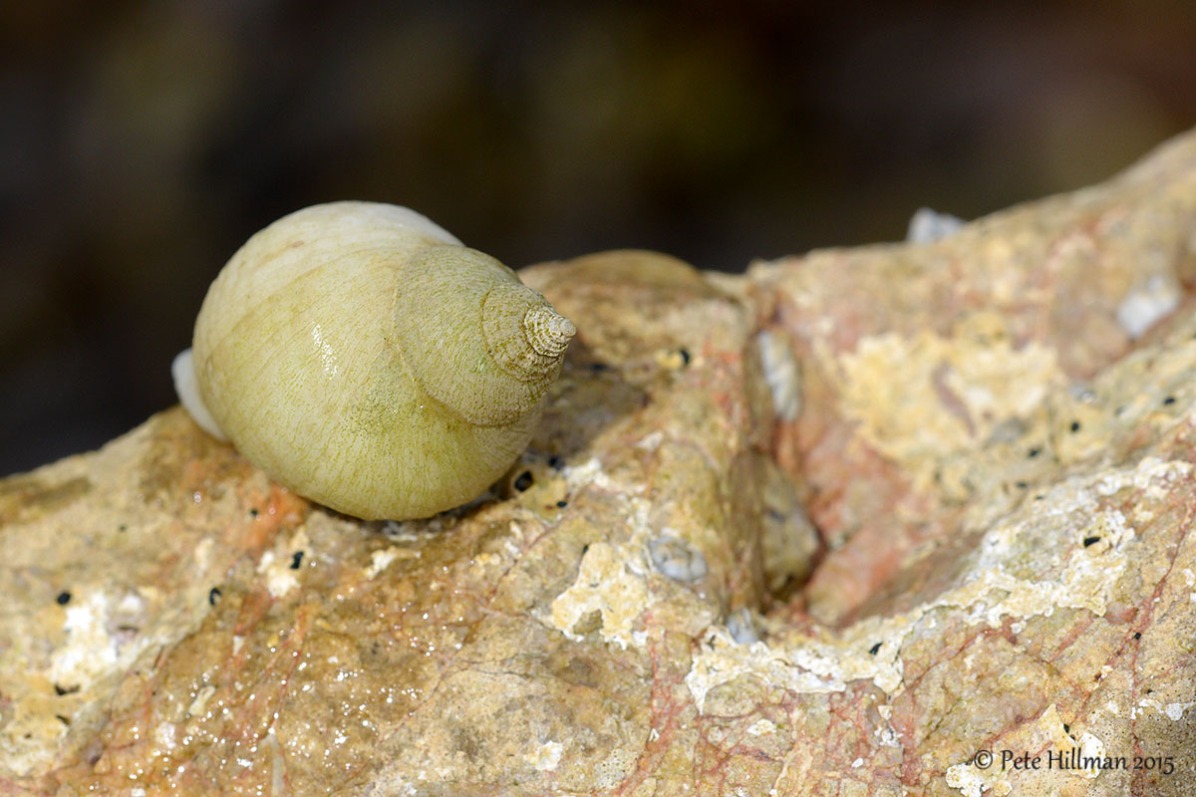 Found in all types of rocky shores from the middle shore downwards, on rocks, under overhangs and in crevices. Common and widespread. 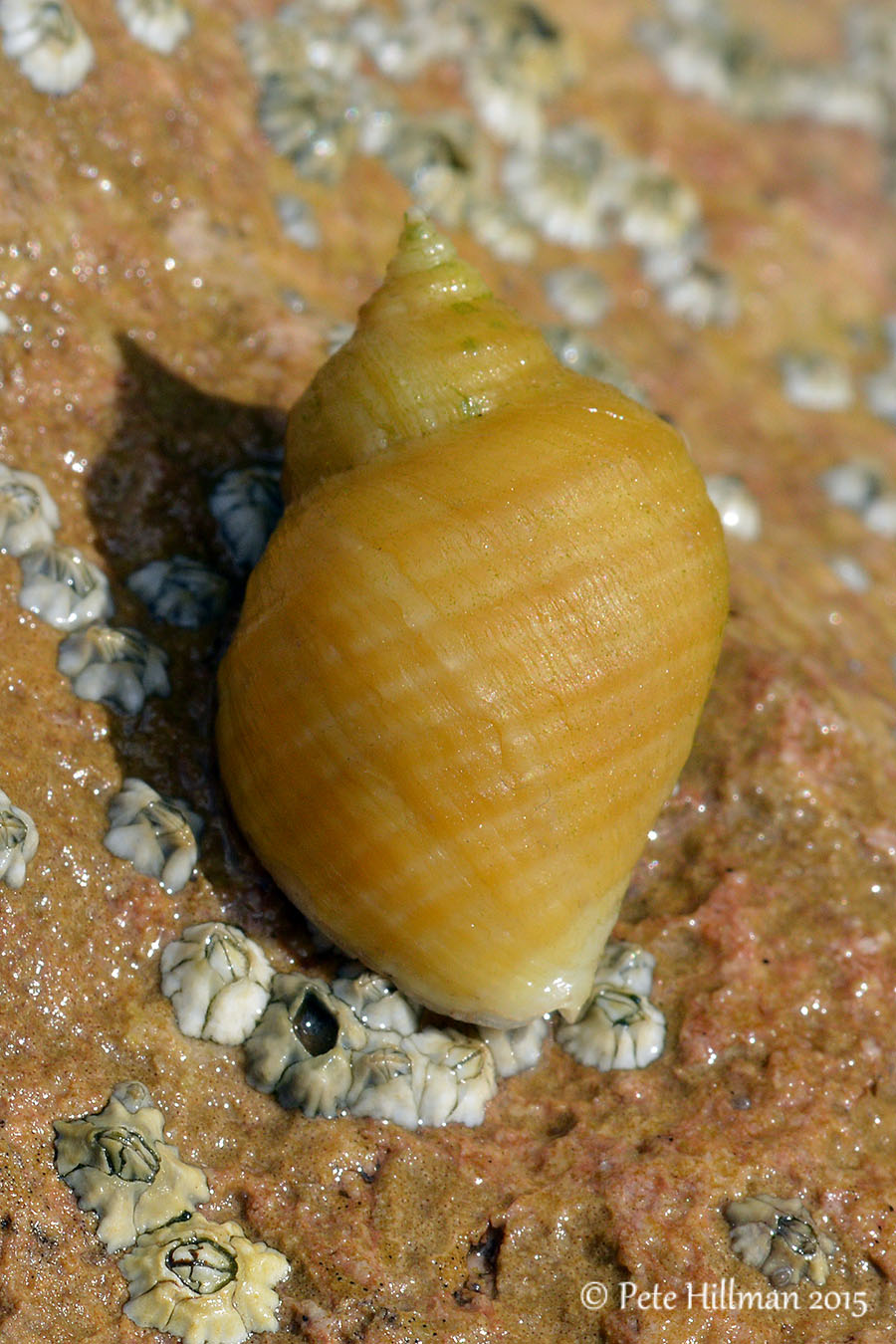