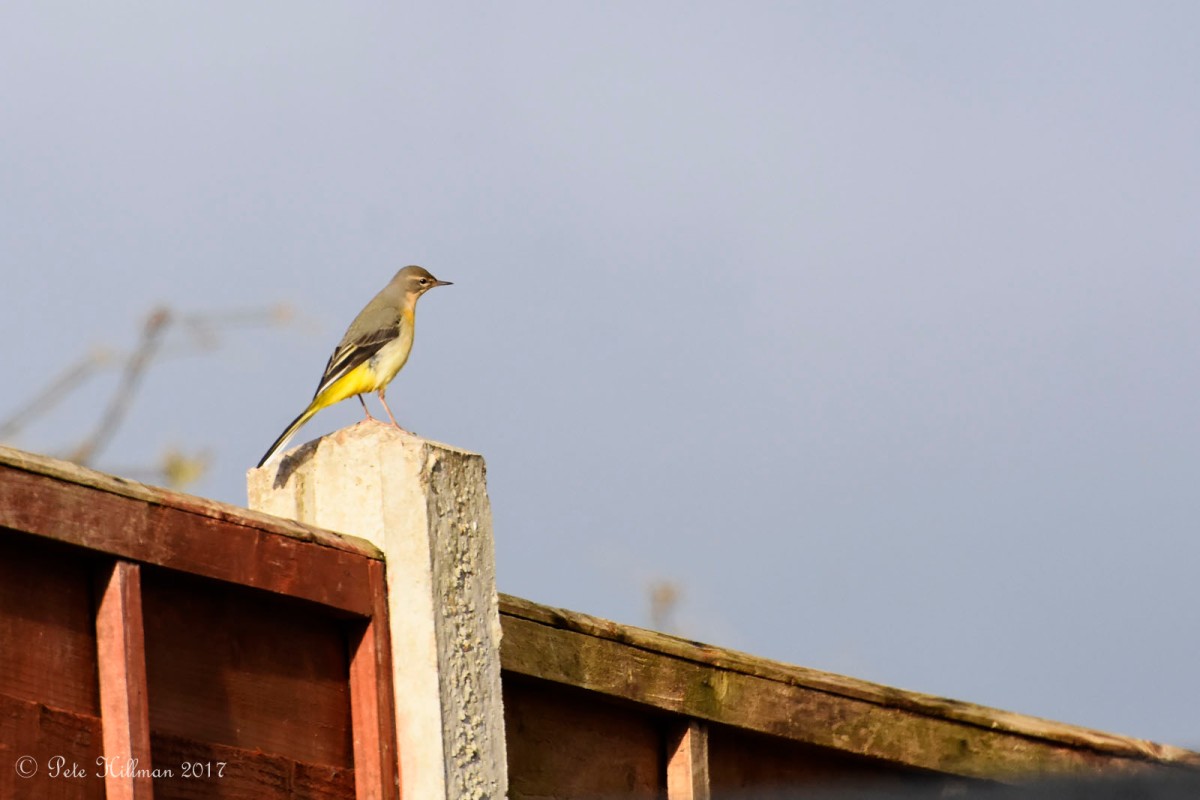 Looking out the back window the other day I spied this beautiful Grey Wagtail Motacilla cinerea, which is the first time I have seen visit the garden in all the 25 years I have lived here,  and was quite a lovely surprise. I have only ever seen it down by the local river, and here in the garden I normally see the Pied Wagtail, so yes, I was very pleased to see this one, even from afar.

This is the slimmest of the wagtails, and also has the longest tail which aids its maneuverability in flight. It has slate-grey upper parts and a long white-edged tail, whilst underneath it pale yellow, varying depending on the time of year, from being less yellow in the winter. It has a conspicuous white stripe over the eye. It can have a lot of yellow in its plumage and can be mistaken with the Yellow Wagtail.

It catches flies and other small invertebrates on the ground or in the air. It forms its nest in a grassy cup in a hole in the bank, wall, tree roots, or under bridges. The female  lays 4 to 6 eggs in 2 broods, April to August. It can live for up to 5 years.

Seen all year round, and inhabits tree-lined rivers, or more open streams. It will come readily to a puddle to feed in winter, even garden ponds or city flat rooftops. Widespread over most of the UK with the exception of the northern and western isles of Scotland, but because of declines in the 1970s and 1980s it has an Amber List status. However, the population is gradually increasing.