This little Pied Wagtail (Motacilla alba), is very difficult to see on a stoney beach and could be another pebble until it moves. I followed this one as it ran along the shoreline. It hopped on the odd, larger stone as if to get a better vantage point or just to rest. 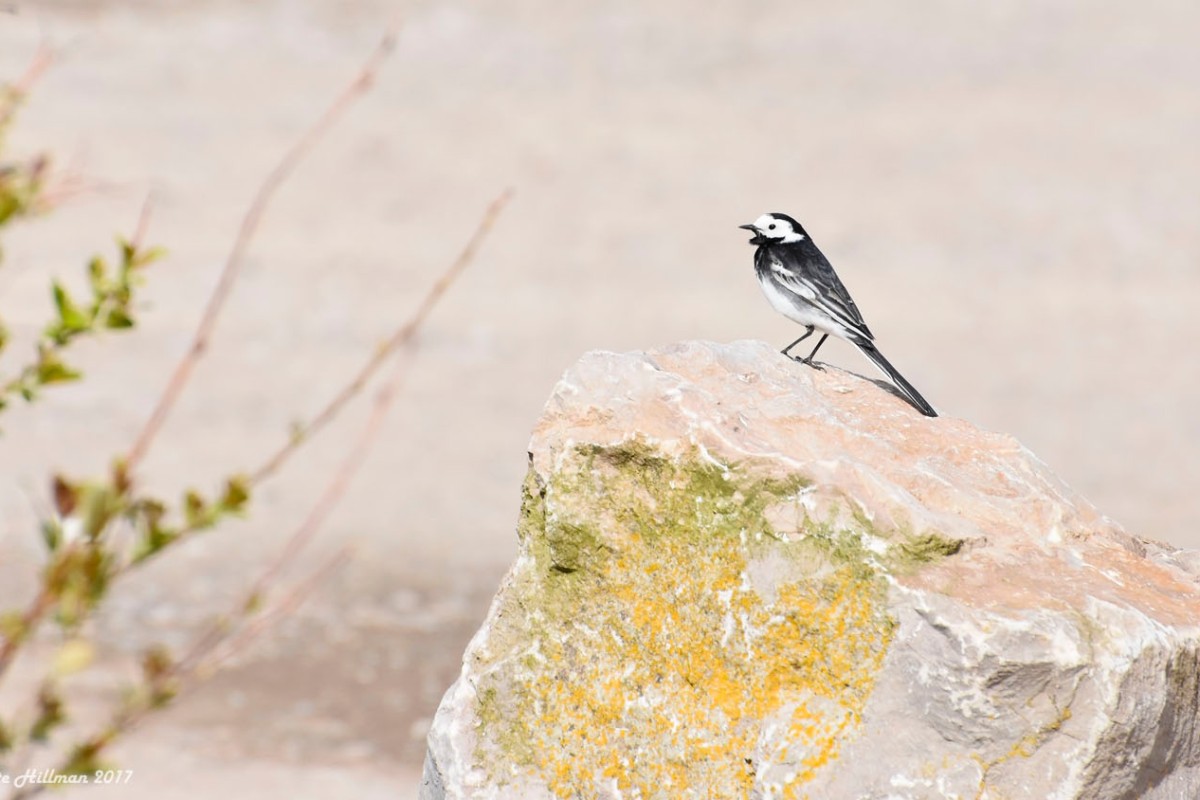 This is quite a familiar black and white little bird that keeps bobbing its long tail. Found in various habitats, it appears to get quite used to people, especially in urban environments like towns and cities. I followed this lively one along a pebbly beach before it found this rock to sit on for a better view. Common and widespread throughout Britain, it mainly feeds on insects.