Last night I spotted the moon low on the horizon and noticed how large and red it was. I missed the full moon of August a few days ago, and according to the Old Farmer’s Almanac, it is sometimes known as the Sturgeon Moon, the name likely given by both colonists and Algonquian-speaking people in northeastern North America, as sturgeon are native to both Europe and the Americas.

A pink supermoon is not really pink. The name is a northern Native American reference to an early-blooming wildflower, ground phlox, and is first seen across North America as spring begins.

I was playing hide-and-seek with clouds when trying get the pink supermoon, but I was taken by the silver ‘moon’ lining on the clouds. So there is always a silver lining, even in the deepest, darkest of moments. 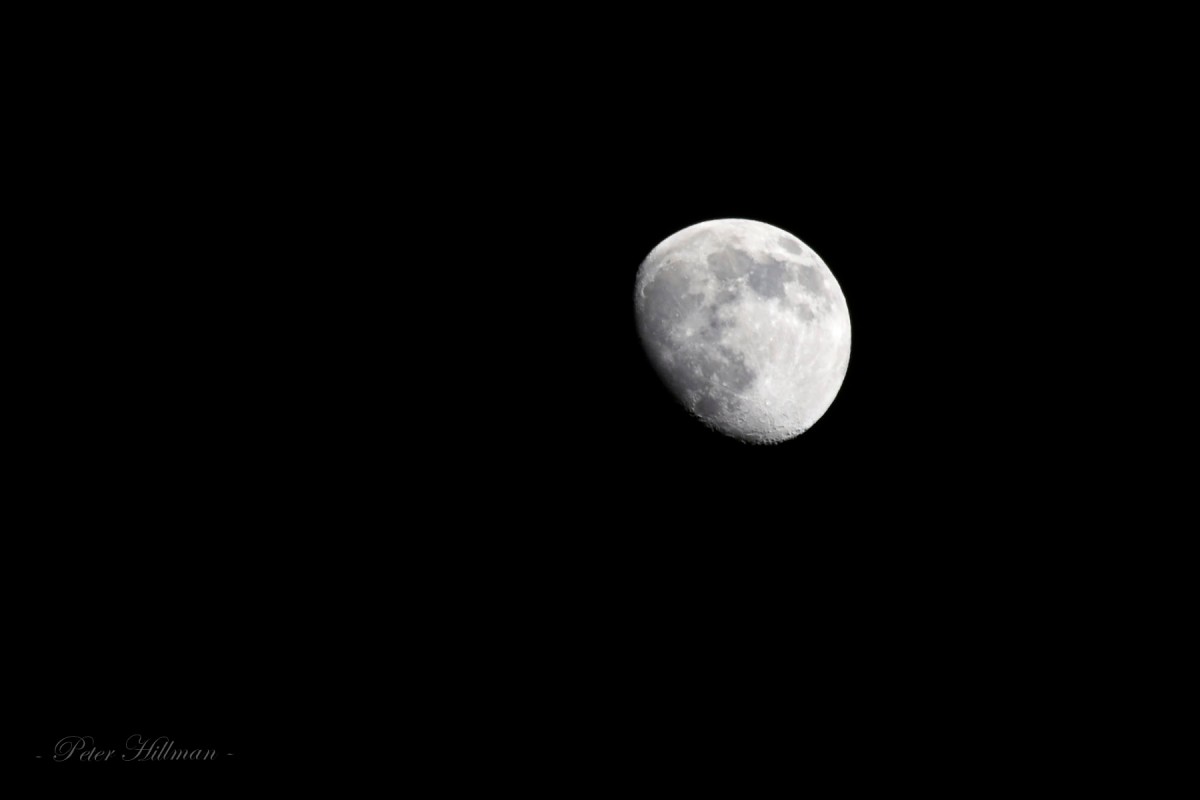 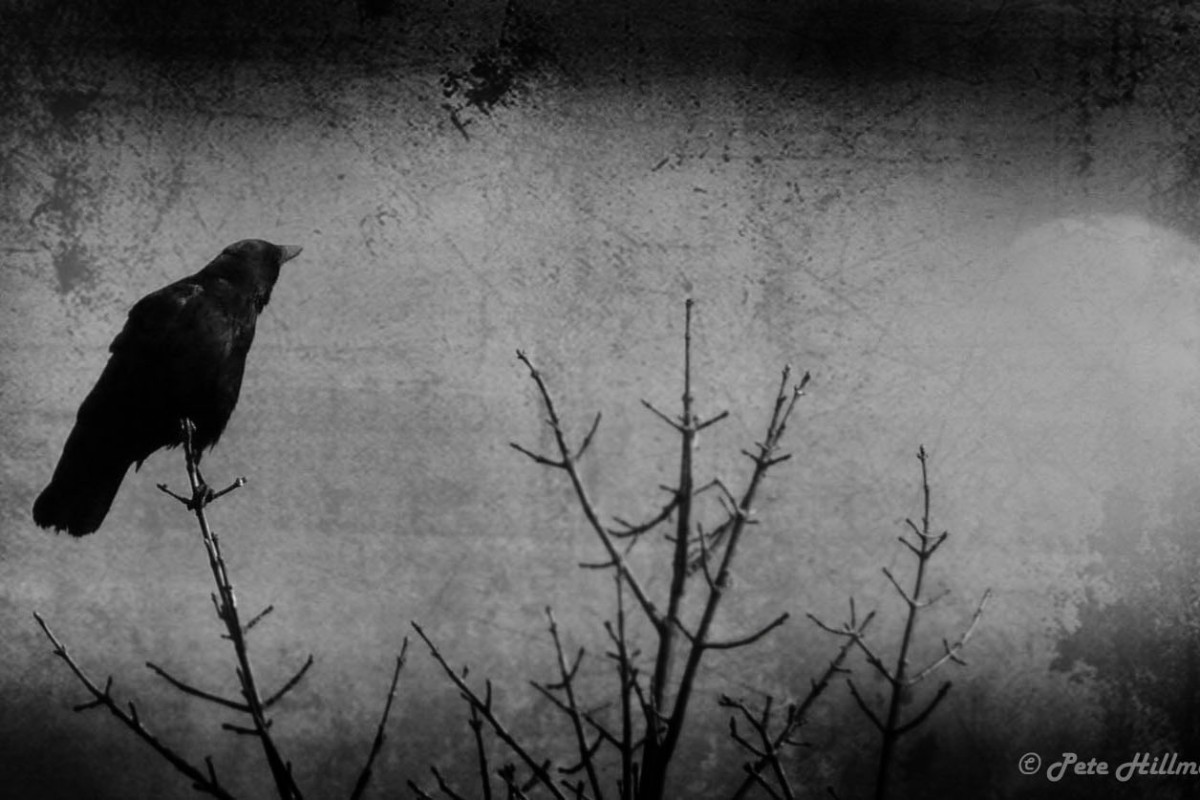 The crow black
dropped his sack
at my dusty feet

A single hooded eye
that told no lie
pierced my very soul!

“Catch the Moon!
Catch it soon!
Before thine end …”

Something a little different from the norm, I know … © Pete Hillman 2017 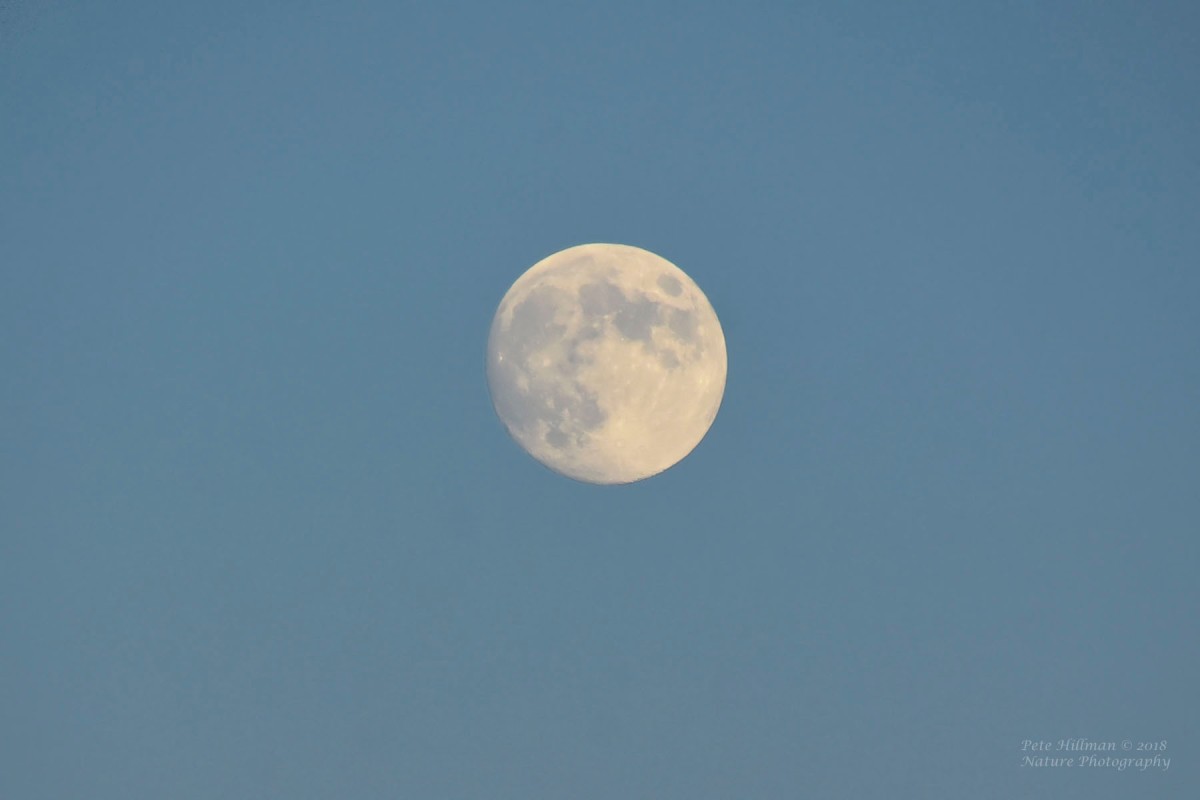 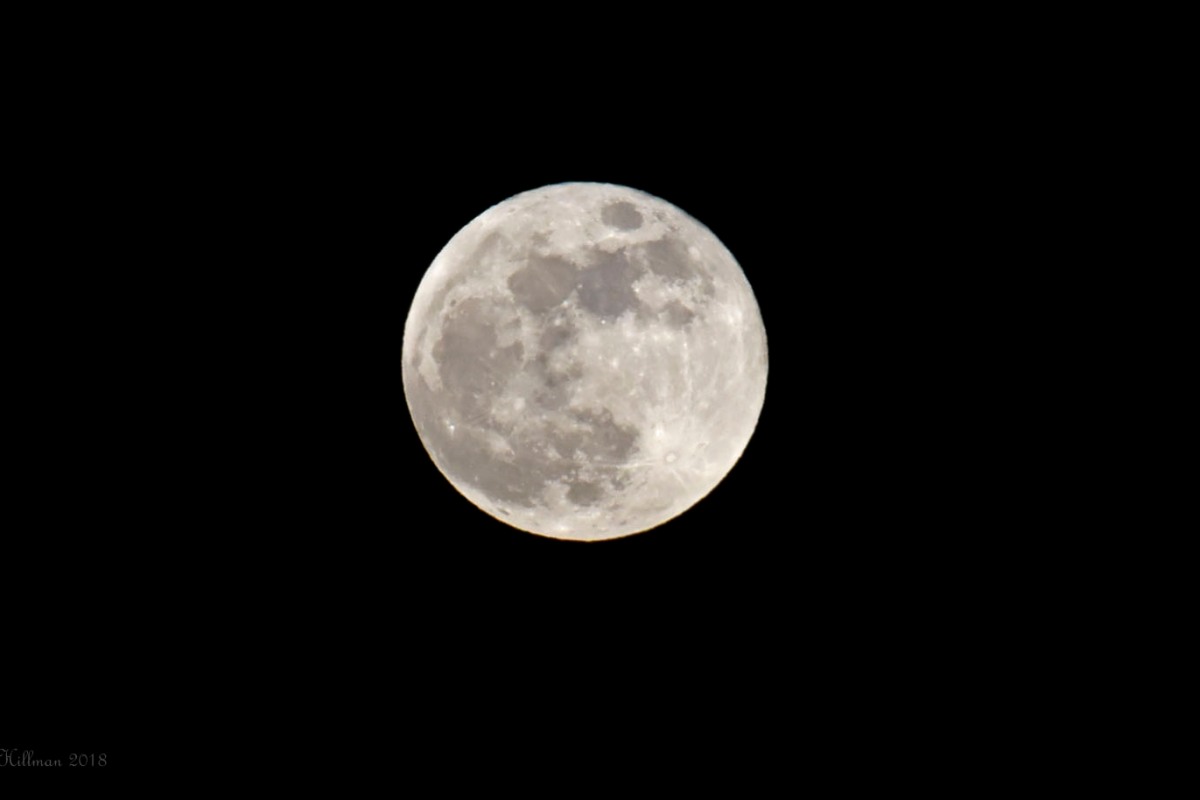 Mine was just grey aroudn teatime here. But it was still a super site to witness, especially when one considers the last one was 150 years ago.

Higher in the sky now, and appearing a tad smaller than when it was rising, and more like its usual colour. So what really is a ‘supermoon’? This moon is not only the biggest and brightest supermoon of the year, but it is the closest supermoon since 26th January 1948, almost 69 years ago. I hope you got or get to see it. If not you will have to wait 18 years to see the next one on 25th November 2034. 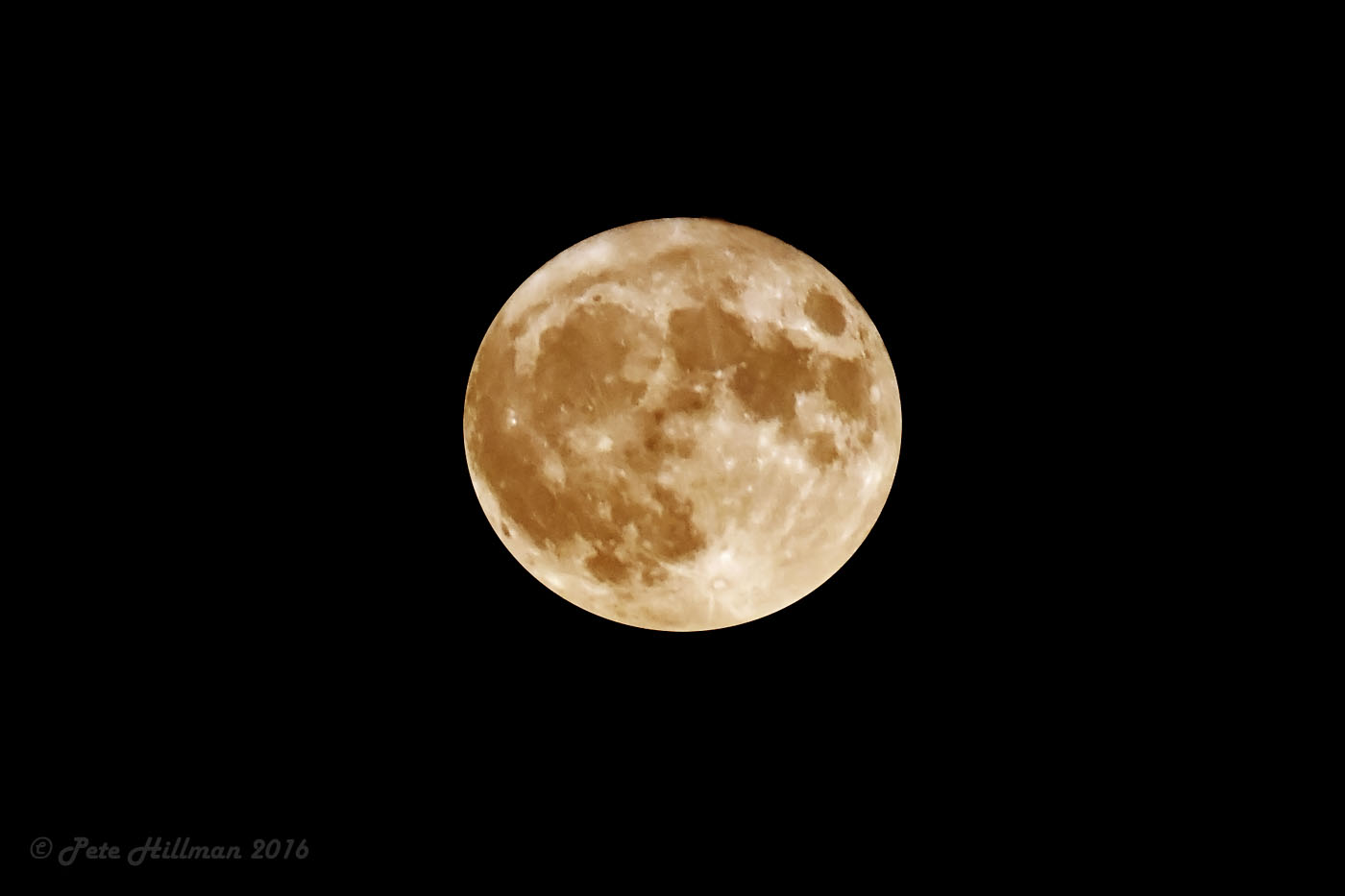 I was lucky to catch site of this ‘Supermoon’ as the clouds parted. I caught it as it was just rising low on the horizon, and as the sun was slipping down on the opposite side of the planet, hence this odd colour. Not as sharp as I would have liked it, but the clouds were coming again. 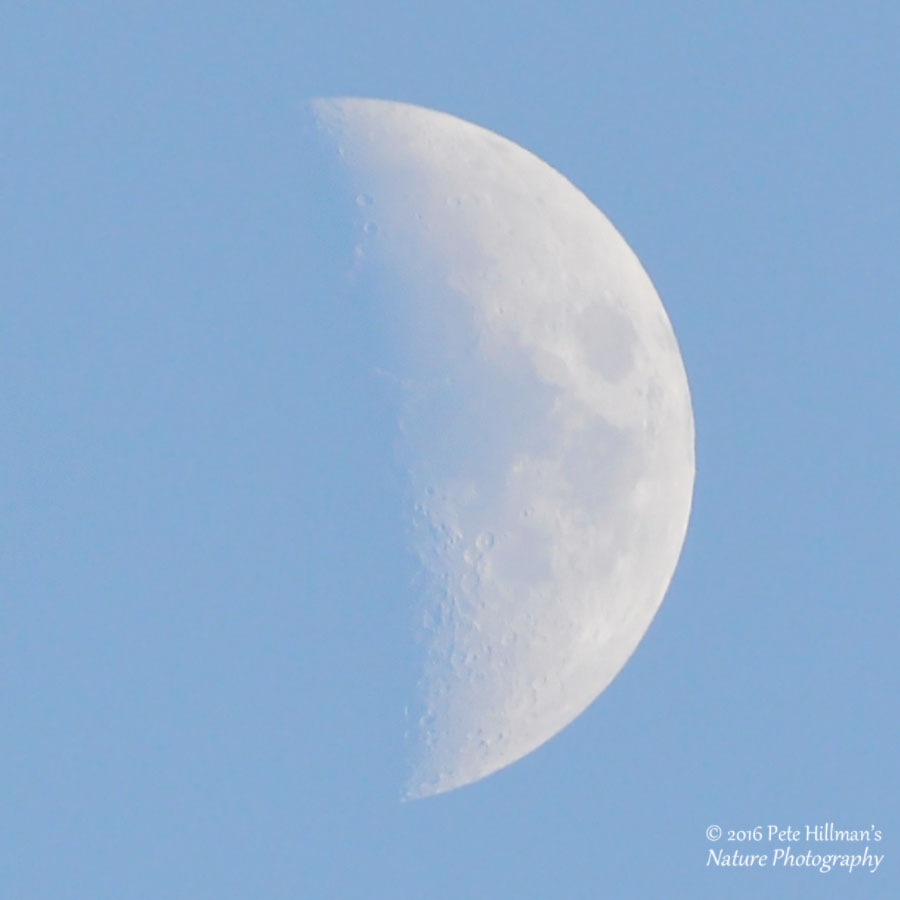 This is the first quarter moon, or also known as waxing gibbuous, and it is actually the third phase of each moon cycle. There are eight moon phases which progress in the same manner each month.

The isolated dark spot towards the top right is called Mare Crisium, ‘Sea of Crises’. Directly below that where there is another dark spot is Mare Fecunditatis ‘Sea of Fecundity’ or ‘Sea of Fertility’. The larger darker areas which are partly merged are called, rather beautifully, Mare Tranquillitatis ‘Sea  of Tranquility’, and Mare Serenitatis ‘Sea of Serenity’ above. Further down is another sea, Mare Nectaris ‘Sea of Nectar’.

There are other seas on the moon, collectively called lunar maria, which were named so for early astronomers believed they were actually large bodies of water, seas or oceans. They are actually large and dark basaltic plains formed by ancient volcanic eruptions.

We can also just about see a close trio of craters just below halfway, near the Sea of Nectar. These are called, starting with the top most, Theophilus, which is a very prominent impact crater, Cyrillus and Catharina. The Apollo 16 mission collected several pieces of basalt that are believed to be ejecta from the formation of Theophilus some billions of years ago. You can also just make out a  mountain which lies in the centre of Theophilus.

The two distinct craters at the top are called, starting with top most again, Aristoteles, named after the Greek philospher Aristotle. The crater directly to the south of Aristoteles is called Eudoxus.