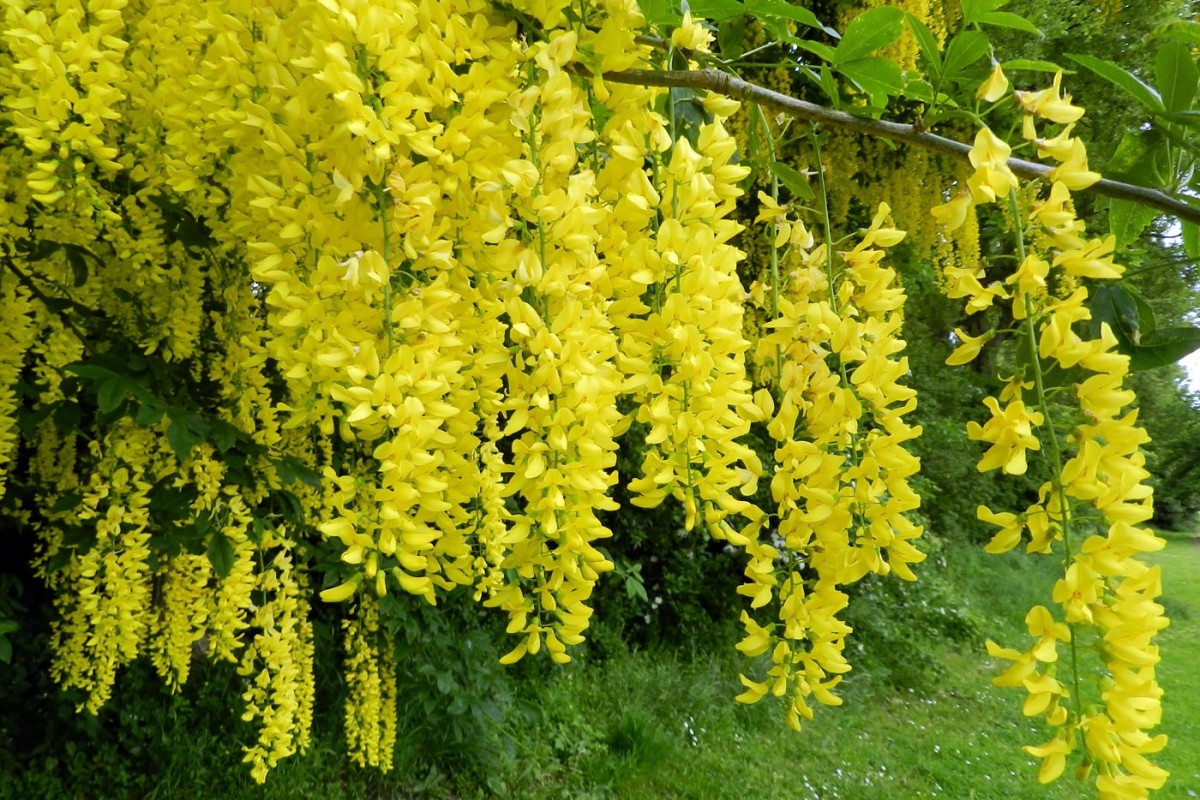 Also called ‘Golden Chain’ or ‘Golden Rain’ it  has a narrow, irregular crown with a slightly weeping appearance. The bark is smooth and greenish-brown, becoming fissured in age. The leaves are alternate,  trifoliate, grey-green in colour and are silky-hairy. The bright yellow flowers are pea-like, hanging in strings and are sweet-scented. They blossom May to June in profusion. The fruits are pods (also called ‘legumes’), with a smooth blackish-brown outer skin containing many tiny black seeds which are extremely poisonous. They may remain on the tree for sometime once split open. It can grow up to 10m (33ft) tall.

Found in parks and gardens as an ornamental. Native to Central and Southern Europe, and introduced to Britain in 1560. It is commonly planted as an ornamental in Britain. Occasionally naturalised.

The timber of Laburnum is highly valued in cabinet making and woodturning. The whole tree is highly poisonous. It contains cytisine, and if consumed by humans and other animals it can be extremely toxic, although other animals like hares and deer seem to cope well with it and are unharmed when eating the seeds.