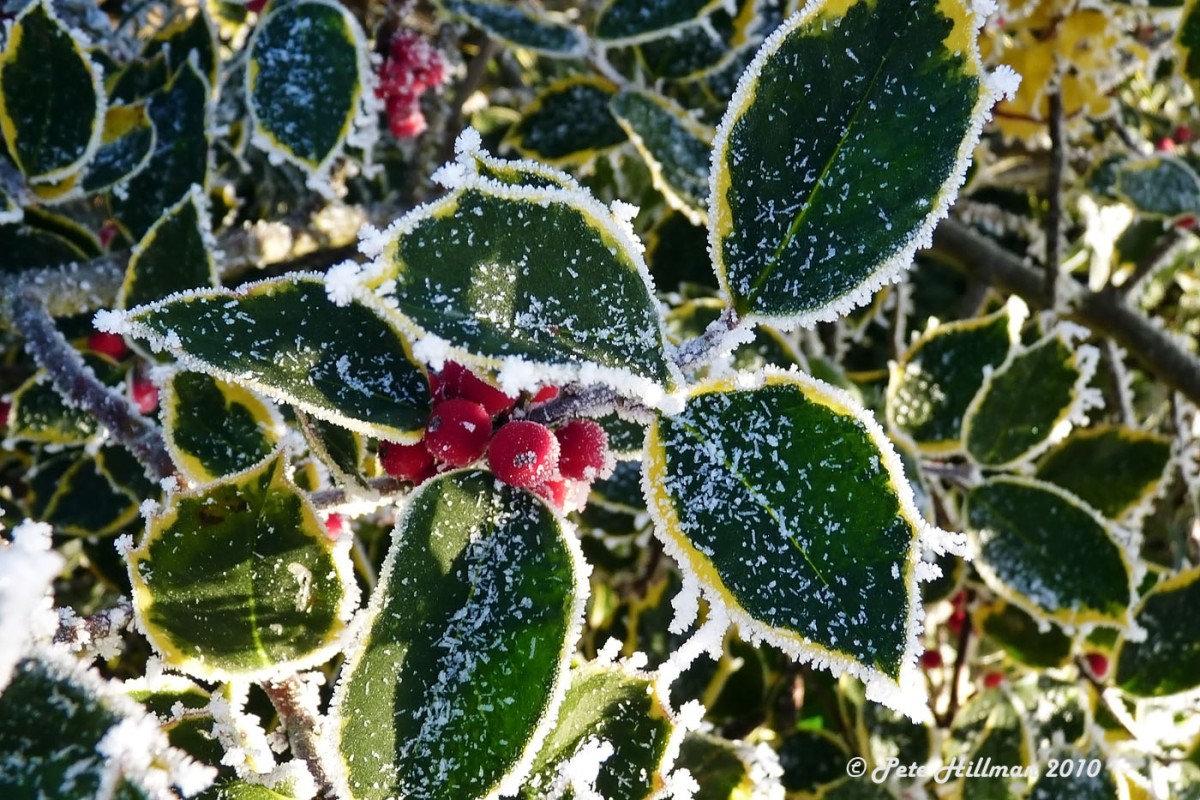 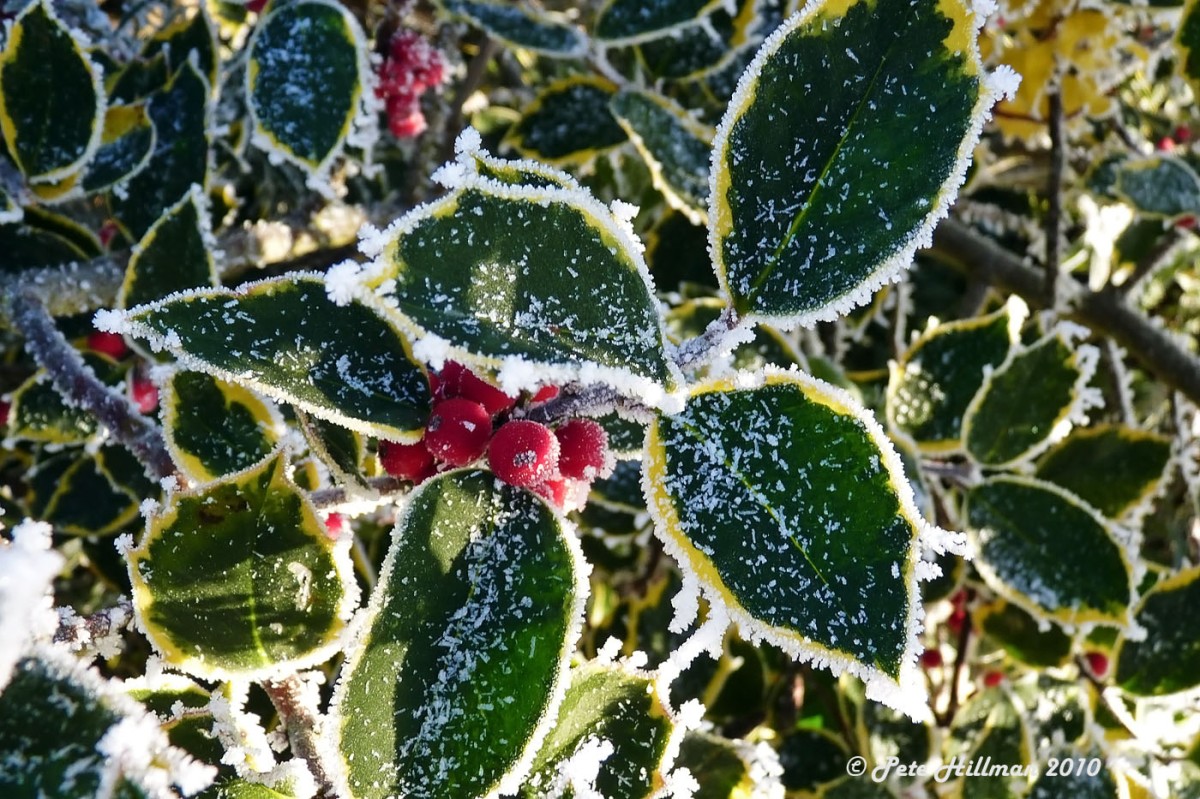 Wishing you all Love, Peace and Joy this Season and the coming New Year. 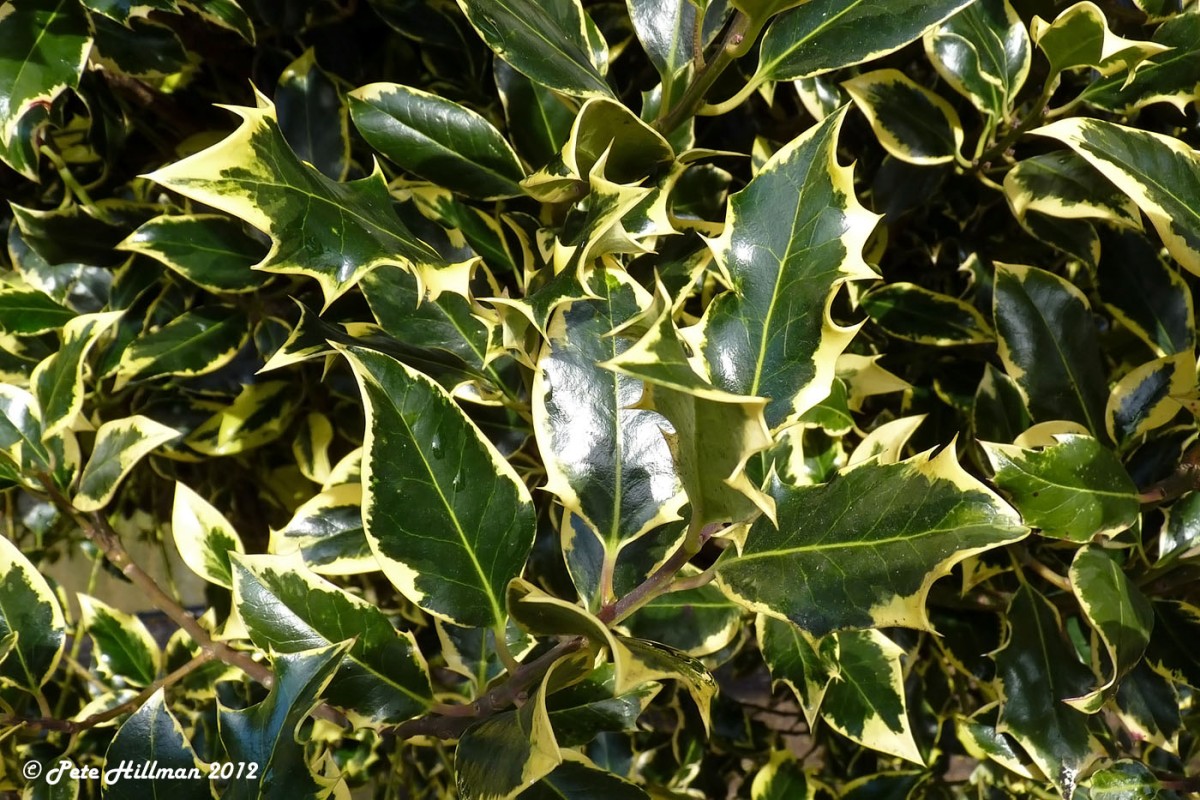 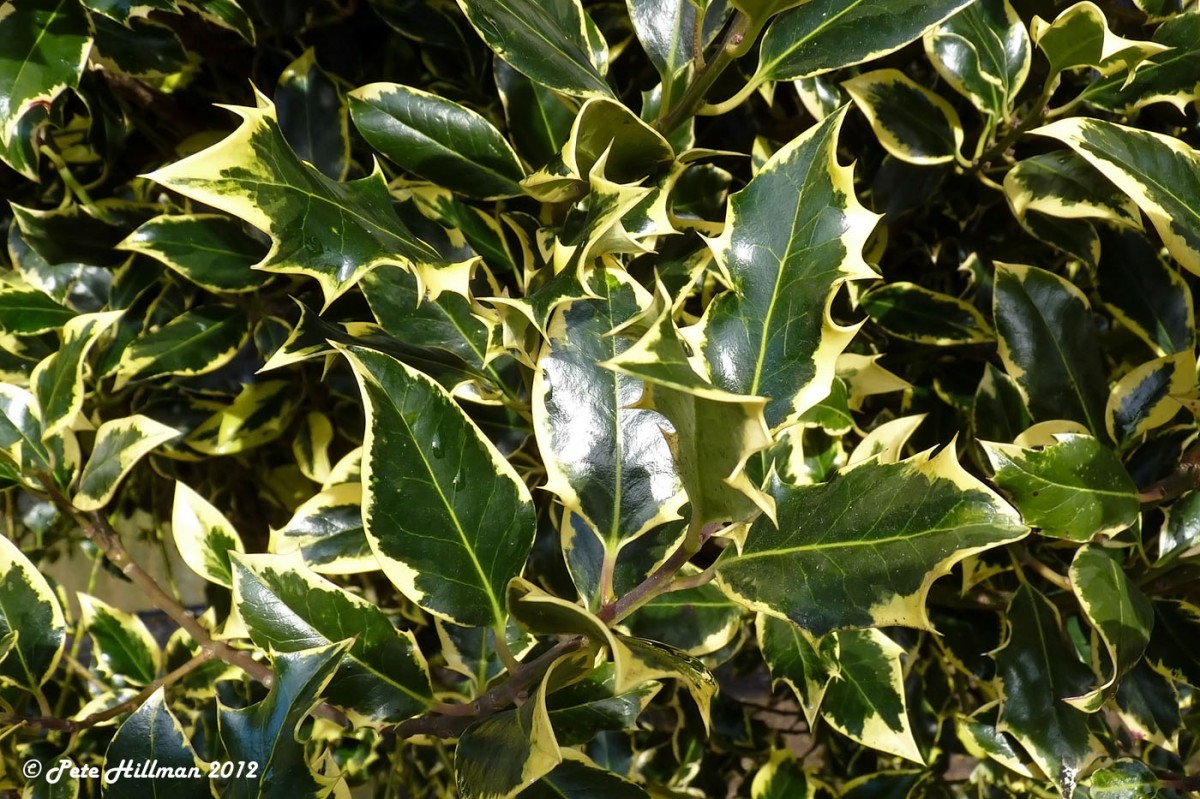 Also called ‘English Holly’ ‘Common Holly’, ‘European Holly’, or ‘Christmas Holly’, it is a  shade tolerant evergreen tree or shrub where it may grow into a scraggly form, but in good light it is spire-shaped, then becoming irregularly upright and pendulous with age. It can grow up to 23m (76ft) in height. The bark is smooth and silvery-grey, becoming warty in older years. The leaves are a shiny dark green, tough and leathery with wavy, spiny margins, although leaves further up the tree may lose their spines. The white fragrant flowers open in May. Male and female flowers are on separate trees, and only the female trees bear the clusters of bright red berries which are ripe by October. 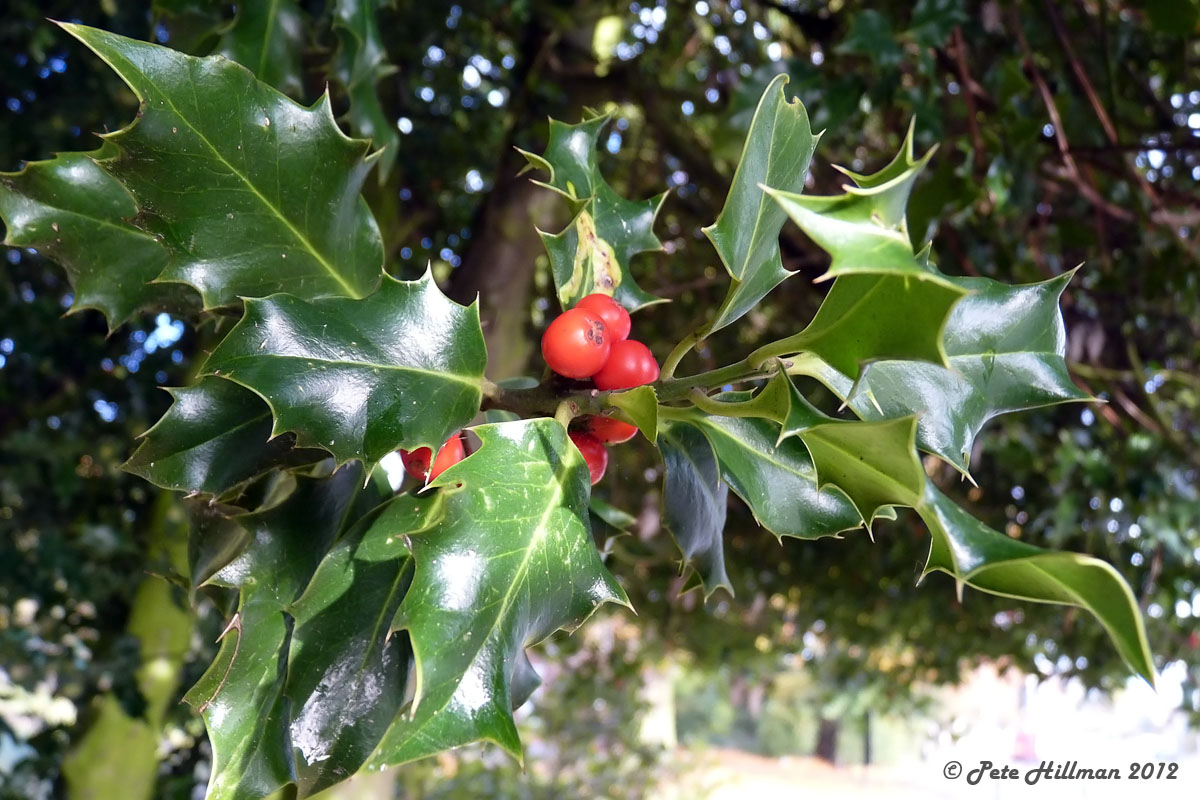 It is a common under-storey in woods, especially oak and beech woods. Commonly planted in hedgerows, and widely planted in parks and gardens. A common and widespread native tree of Britain and Ireland. 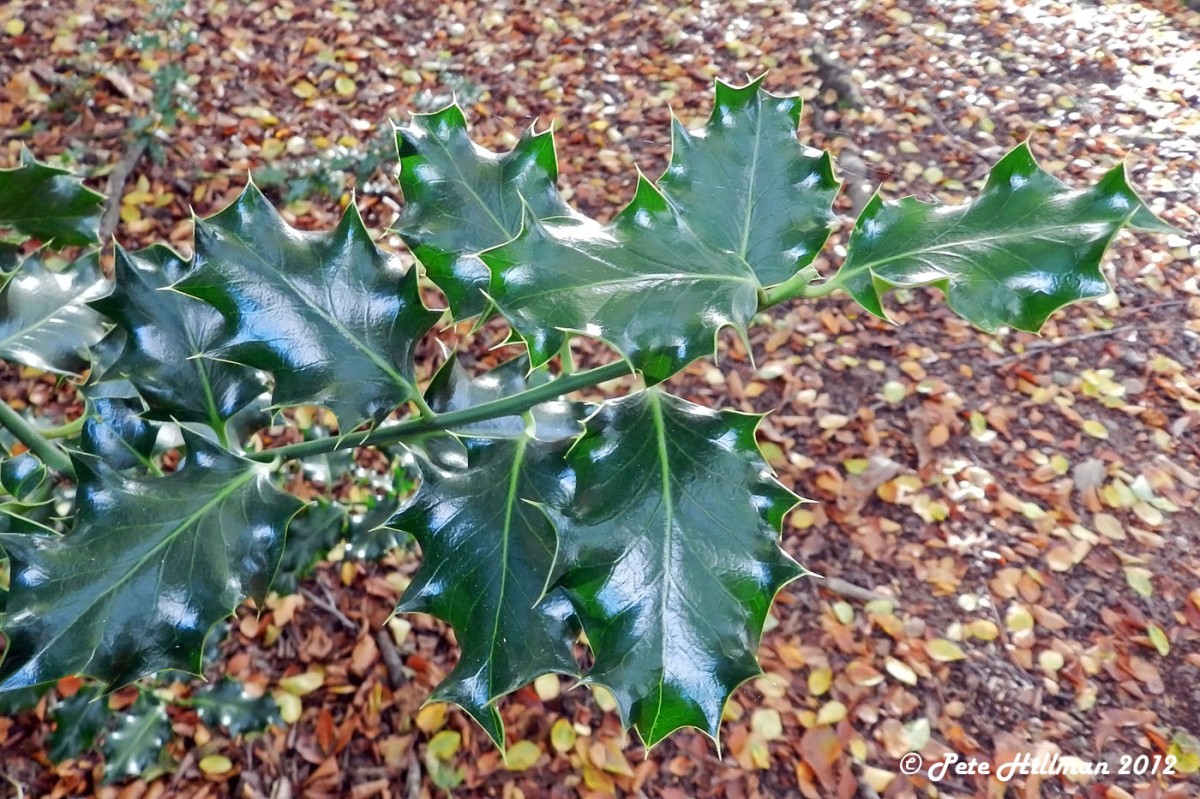 There are many variants of Holly, and the golden-yellow variegated forms are quite popular with gardeners. The red Holly berries are a favourite food of many birds, especially thrushes like the Blackbird (Turdus merula). The Holly Blue ( Celastrina argiolus) butterfly larvae feeds on the buds and flowers of Holly. The leaves used to be an important winter fodder for livestock. 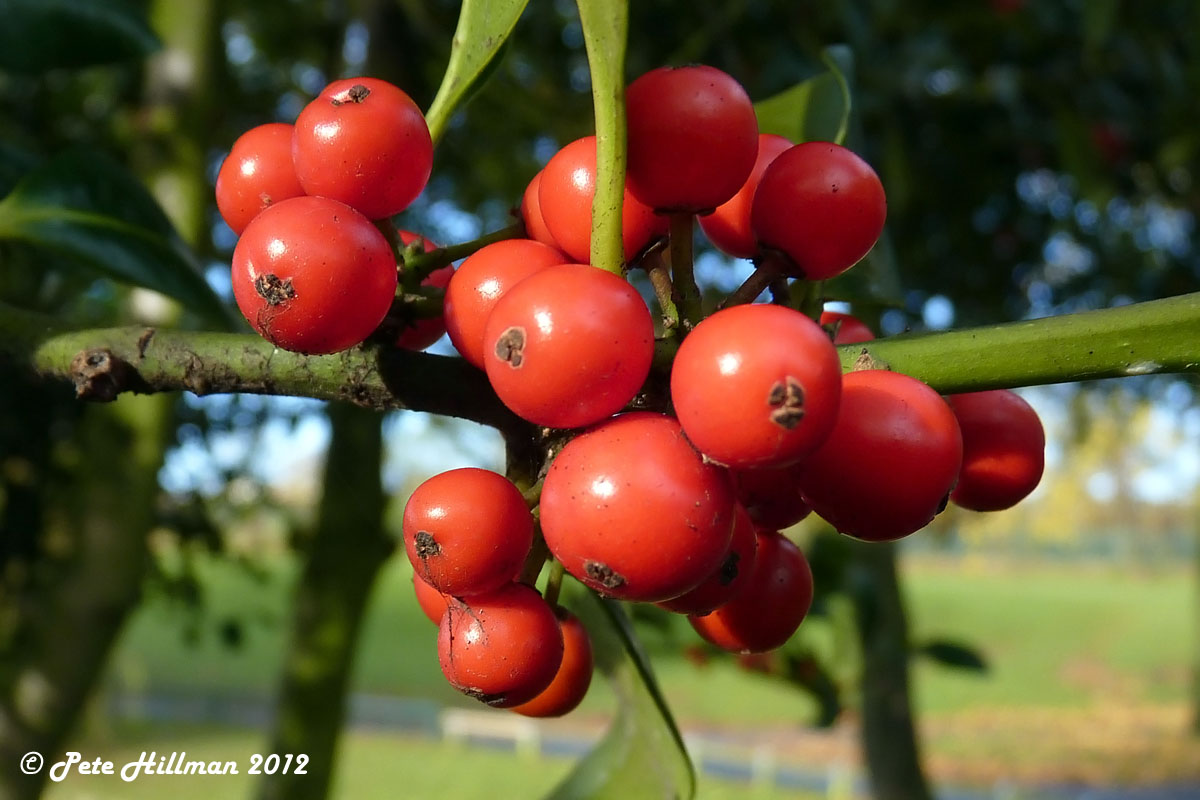 Bringing Holly into our homes at Christmas goes back to a pre-Christian time when Holly was regarded as a powerful fertility symbol, and was a charm against witches, goblins and the devil. The felling of a complete Holly tree was said to bring bad luck. 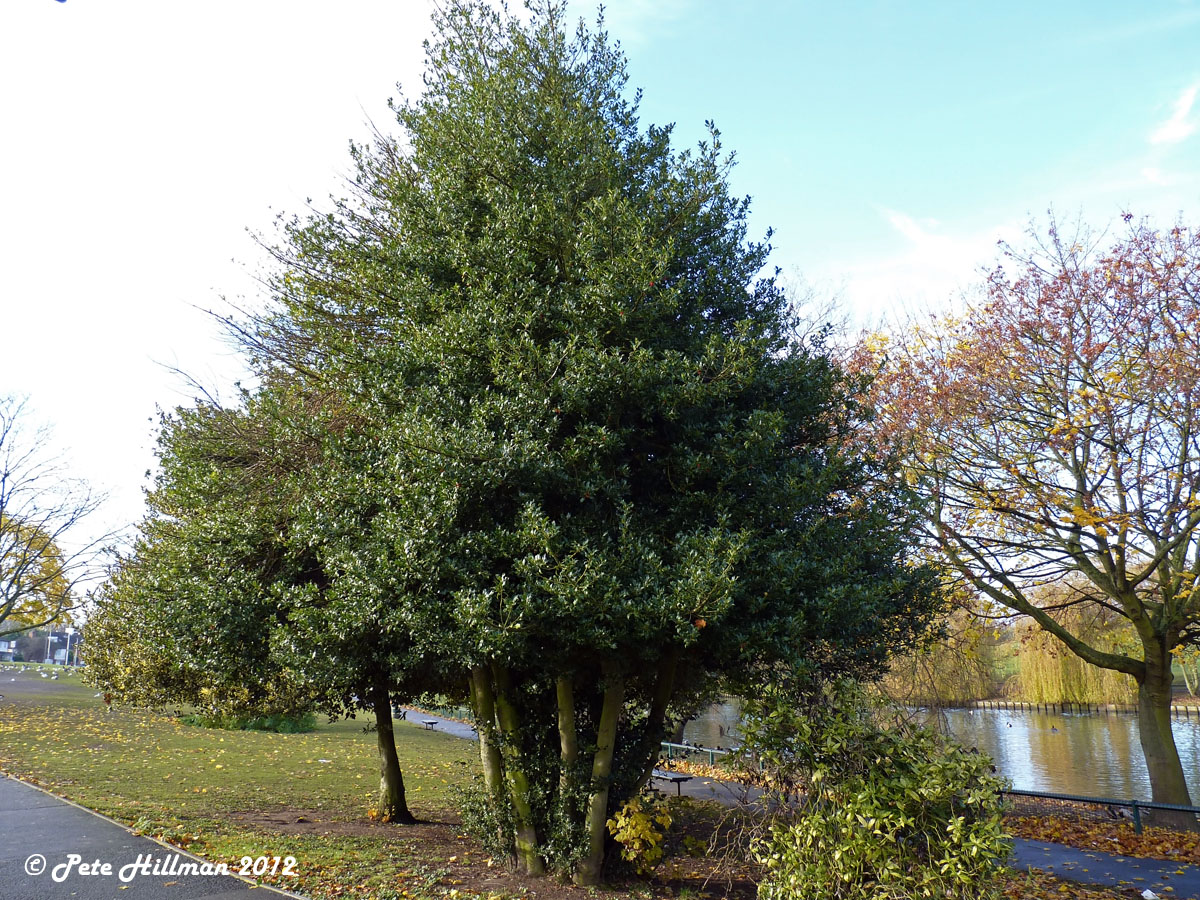