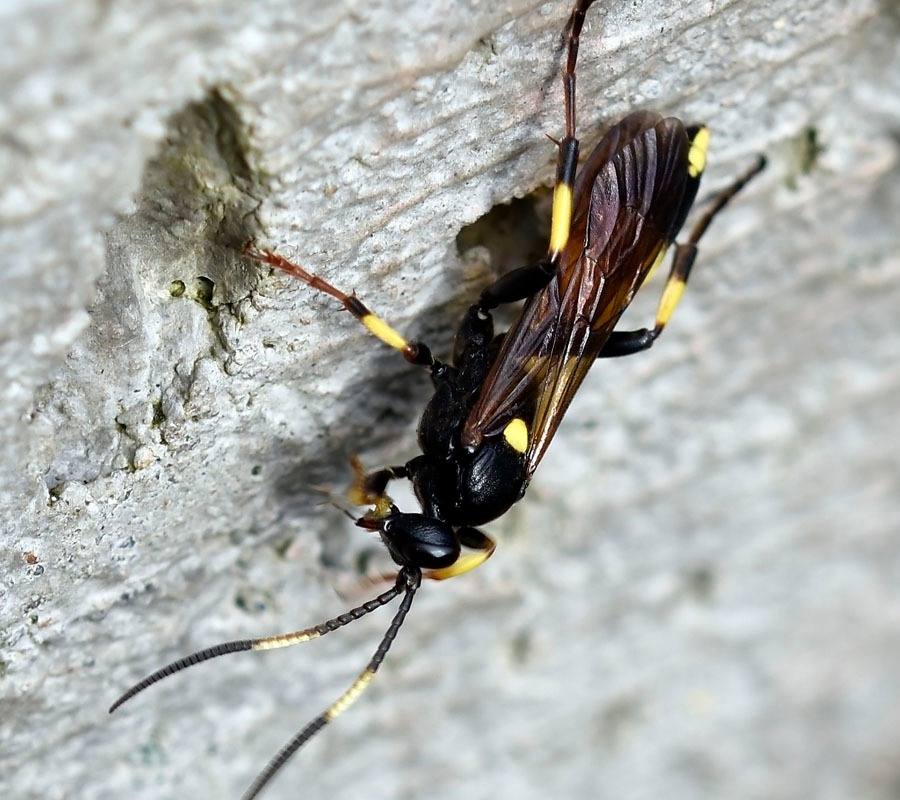 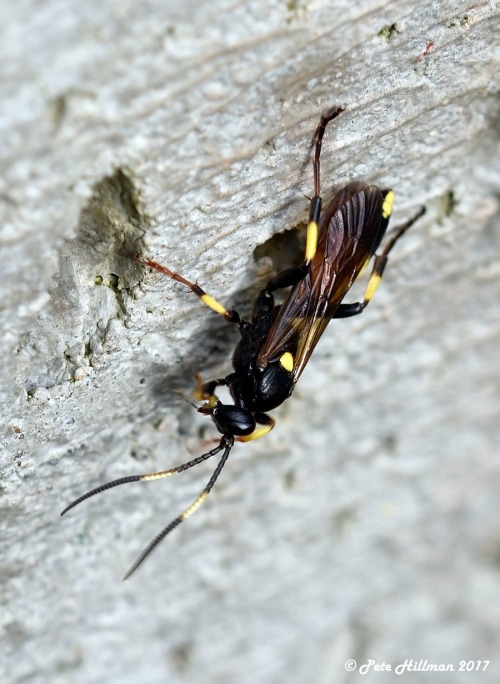 Out of all the insects to attempt to photograph I find wasps can be one of the trickiest of challenges as they hardly ever keep still. This is an ichneumon wasp, quite a large species and colourful with its bright yellow markings. There are many similar species and identifying them can be a challenge in itself. There are believed to be over 3,000 species in Britain alone. But thanks to my blogger friend Ark I managed to positively identify it.I spotted this one yesterday afternoon as it appeared quite interested in my back fence, poking its head in nooks and crannies. I did not think I would get any shots in, it was so busy, until it stopped for a brief moment to have a little spruce up. 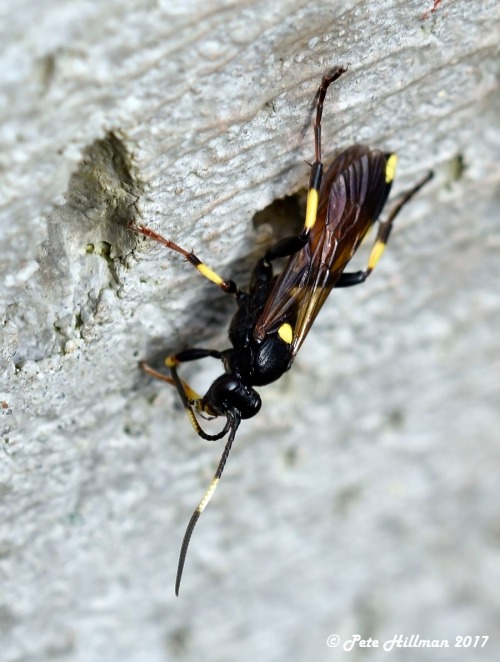 Despite its fearsome looks it does not sting. The bright yellow spot on the tip of the abdomen and the pale yellow bands on the antennae define it as a female as these are absent in the male. The larvae are parasites of moth larvae, notably the Large Yellow Underwing and Setaceous Hebrew Character. Seen April to July, and found in meadows, hedgerows, woodland margins and gardens.