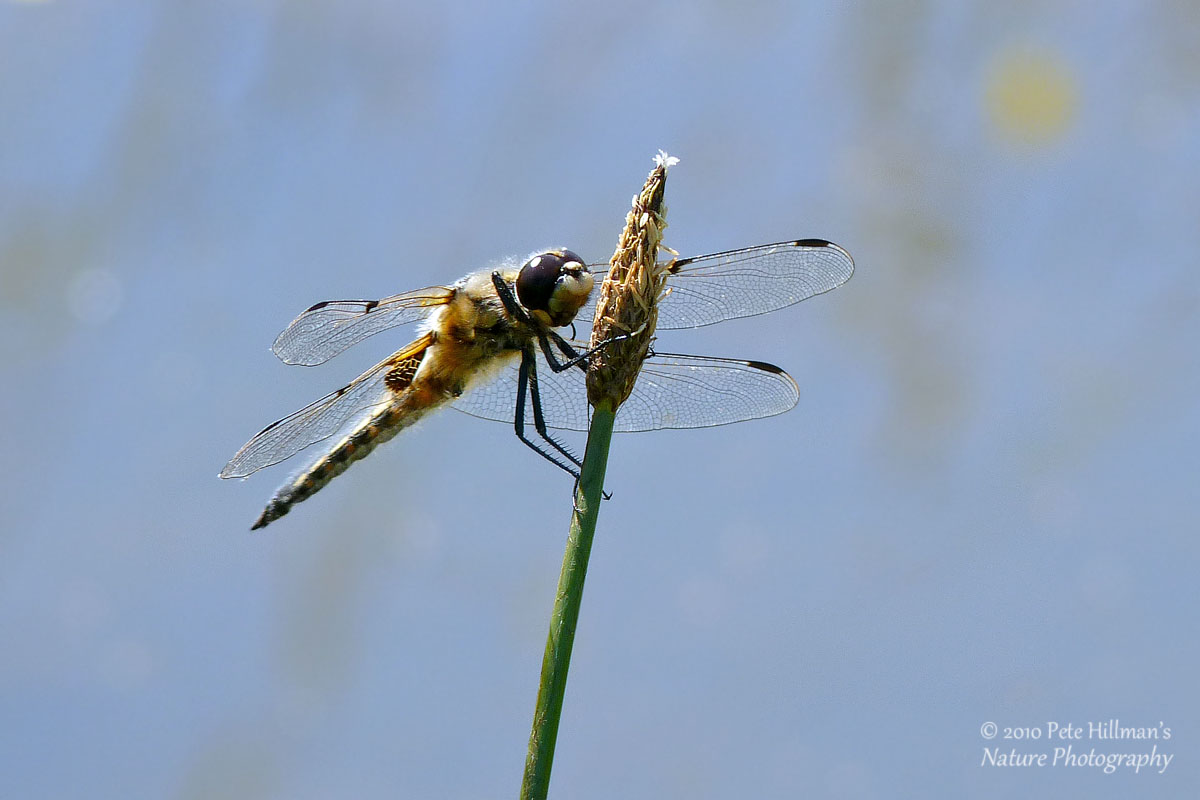 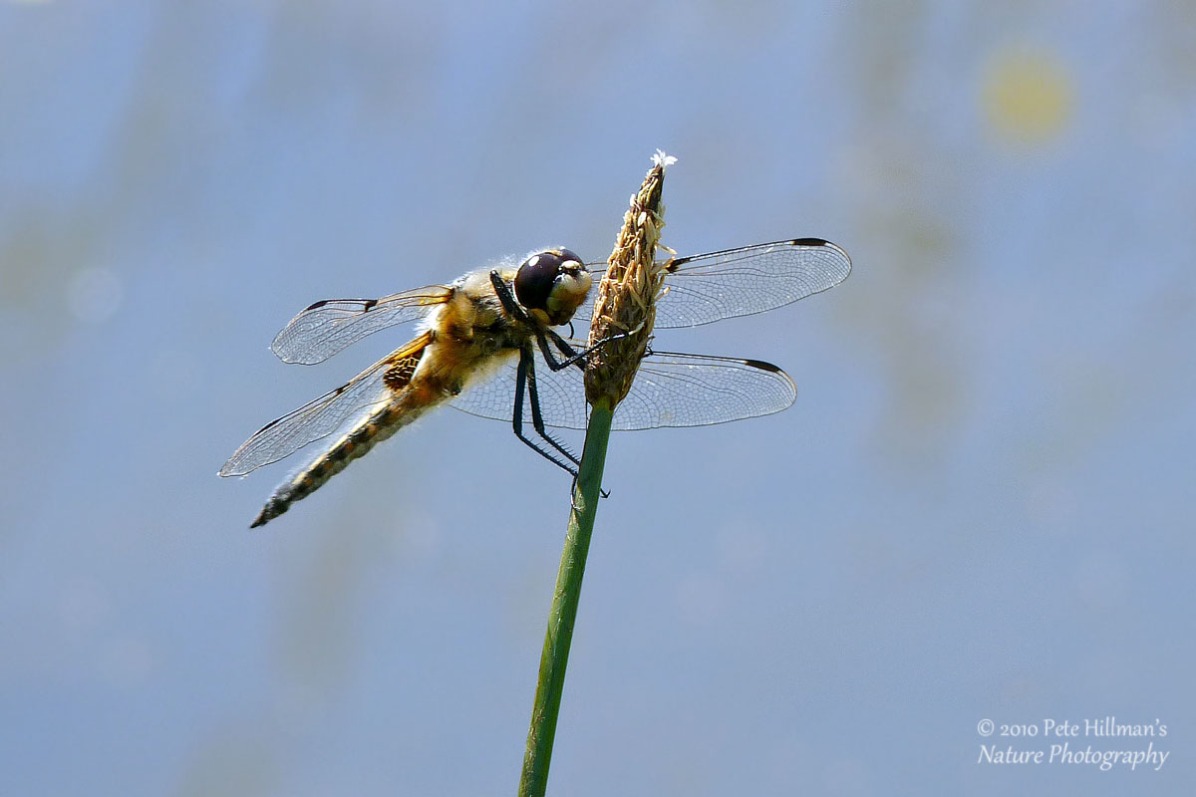 The four dark spots on the wings of this medium-sized dragonfly are diagnostic of the species. The wings also have yellow bases that extend along the front margins. The sexes are similar, and have brown eyes, thorax and abdomen. Body length up to 45mm. Forewing up to 40mm. 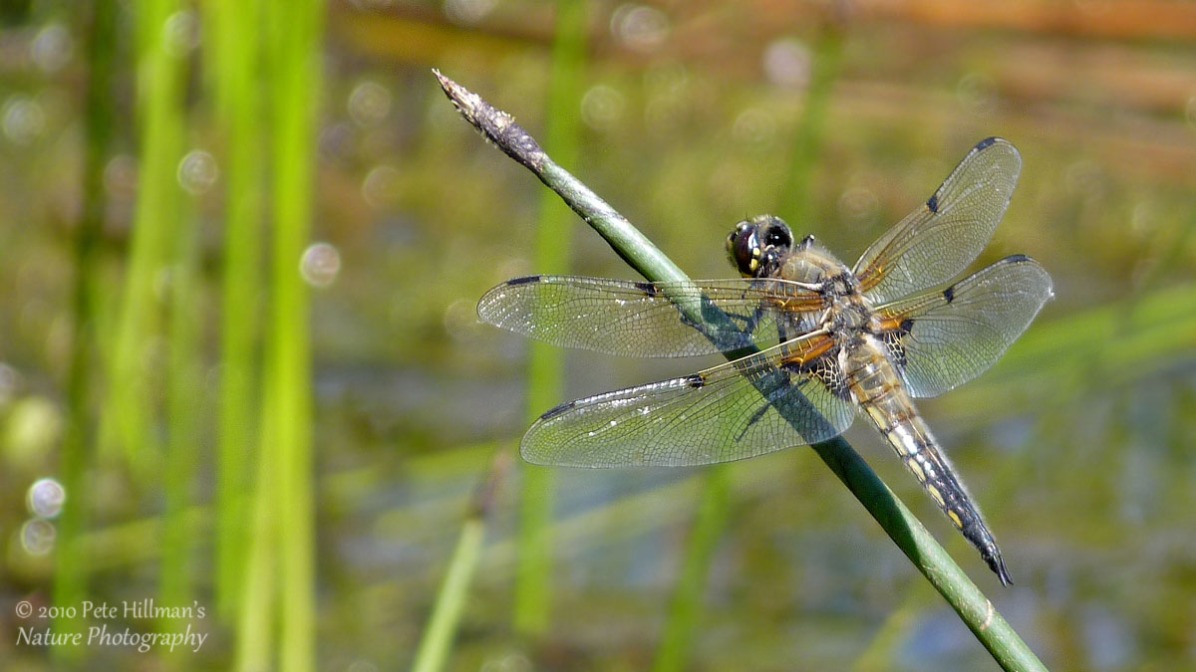 The males are very territorial, and can be quite aggressive towards intruders. Males and female mate in flight, which is a very brief affair, taking but a few seconds. Eggs are laid in flight, and they hatch about four weeks later. The larvae live in decaying plant debris for two years or longer before emerging as adults. 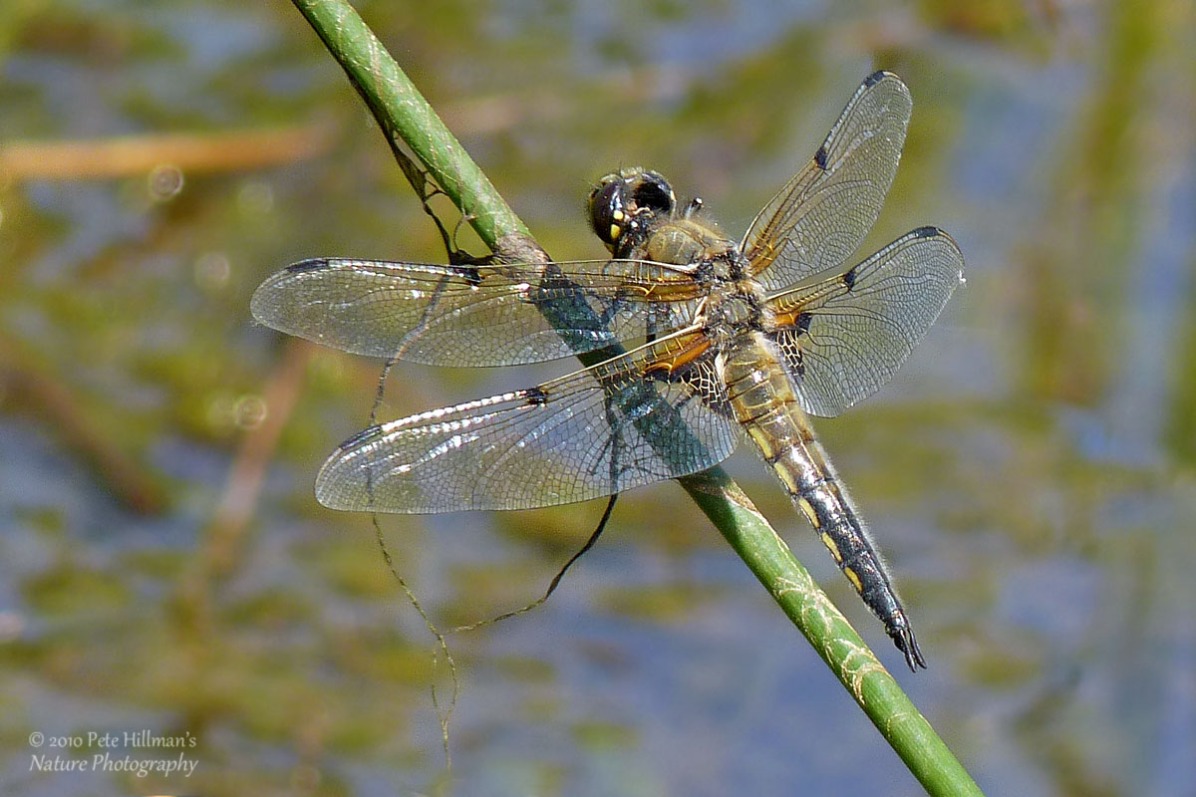 It flies June to July. It occupies a wide range of standing waters. Common and widespread throughout Britain, but scarcer in the north-east.