Honesty seedheads are moon-like and ideal for flower arranging. 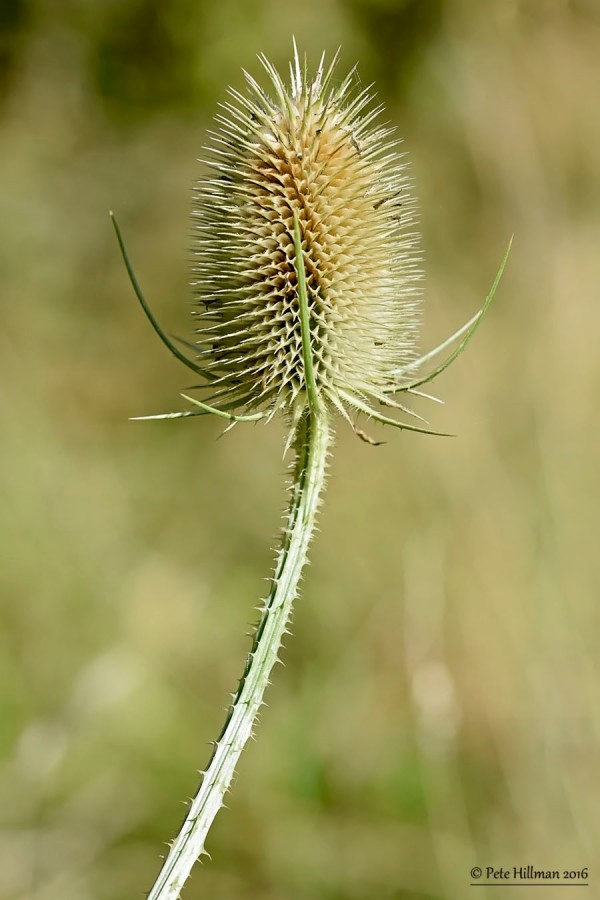 This biennial is also called ‘Wild Teasel’, a distinctive flower with prickly stems and pinkish to purplish egg-shaped flower heads, with numerous spiny bracts. The seed heads are dry and papery, and the seeds are a good source of food for Goldfinches. They are also good for making flower arrangements. The green leaves are coated in spines and appear as rosettes in the first year, dying back in the second year becoming opposite joining at the base to form a cup which collects water. The flowers grow up to 8cm long, and the plant up to 2m high.

It flowers July to October, and is found in rough, grassy places, along embankments and roadsides, river banks, hedgerows, wasteland and woodland margins. A common and widespread species in the south, scarce or absent elsewhere.