We are all familiar with this common duck. Most of the photographs here have been taken along my local canal. The male (called a drake) has quite colourful markings with a bright yellow bill, green head and blueish speculum, but these colours vary depending on the time of year. The female also has the blue speculum, but the bill is brown, grey, or olive. They have streaked brown plumage. The sex of the Mallard cannot be determined until at least 3 -4 months afer hatching, as they look the same, with brownish plumage. Similar to Gadwell, Shoveler (Anas clypeata), and Pintail. 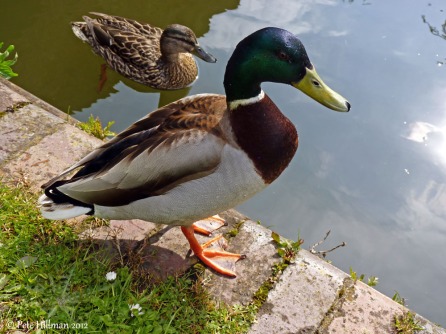 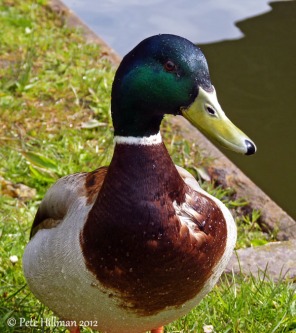 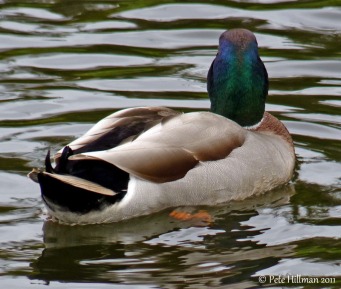 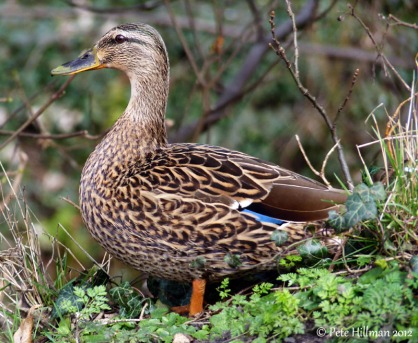 It feeds on small aquatic invertebrates, seeds, roots, and shoots. It builds a down-lined nest on the ground or raised sites. Lays 9-13 eggs in 1 brood, January to August. They can live for up to 15 years. 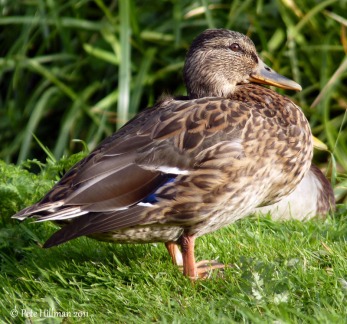 Seen all year round. It lives in all kinds of water habitats, including lakes and ponds. The non-breeding population has declined over the last 25 years, hence it has an RSPB Amber status, but it is still the commonest and most widespread duck in the British Isles.