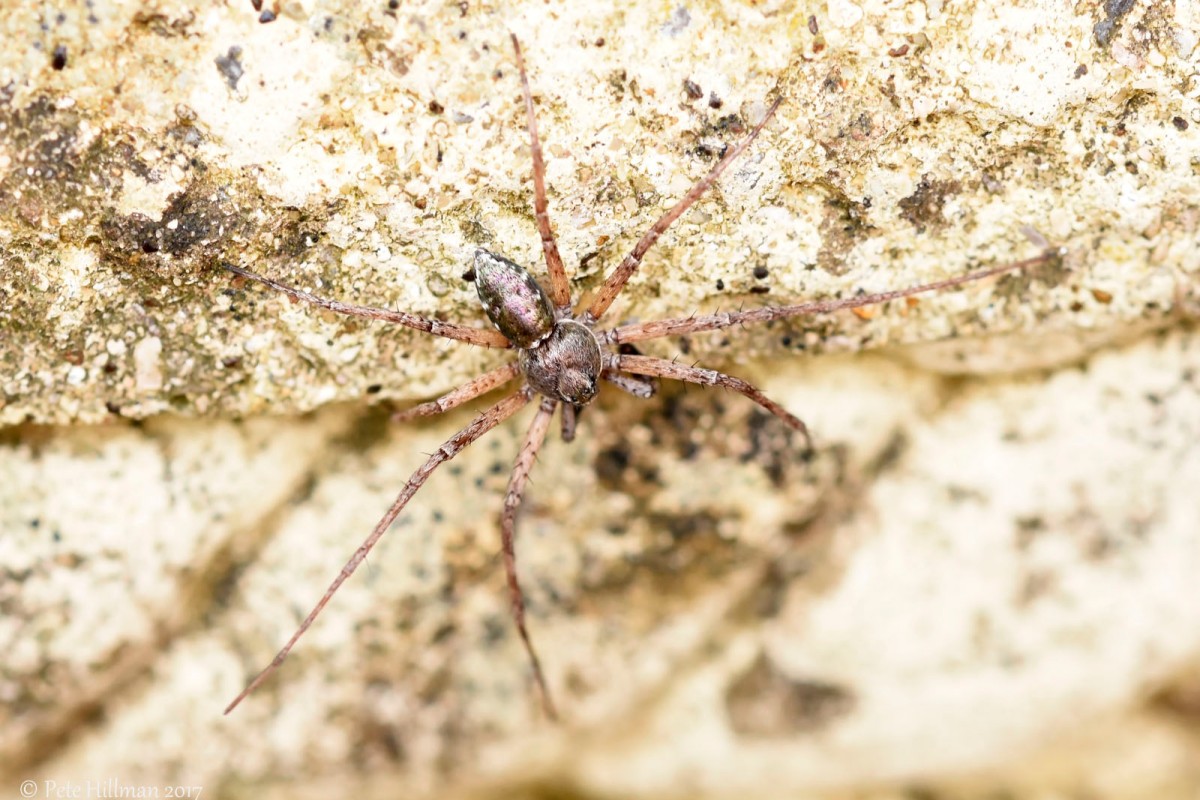 I believe this is the male of this species of crab spider which has a wonderful purplish sheen to it.

Please click on the image for a larger more detailed view. 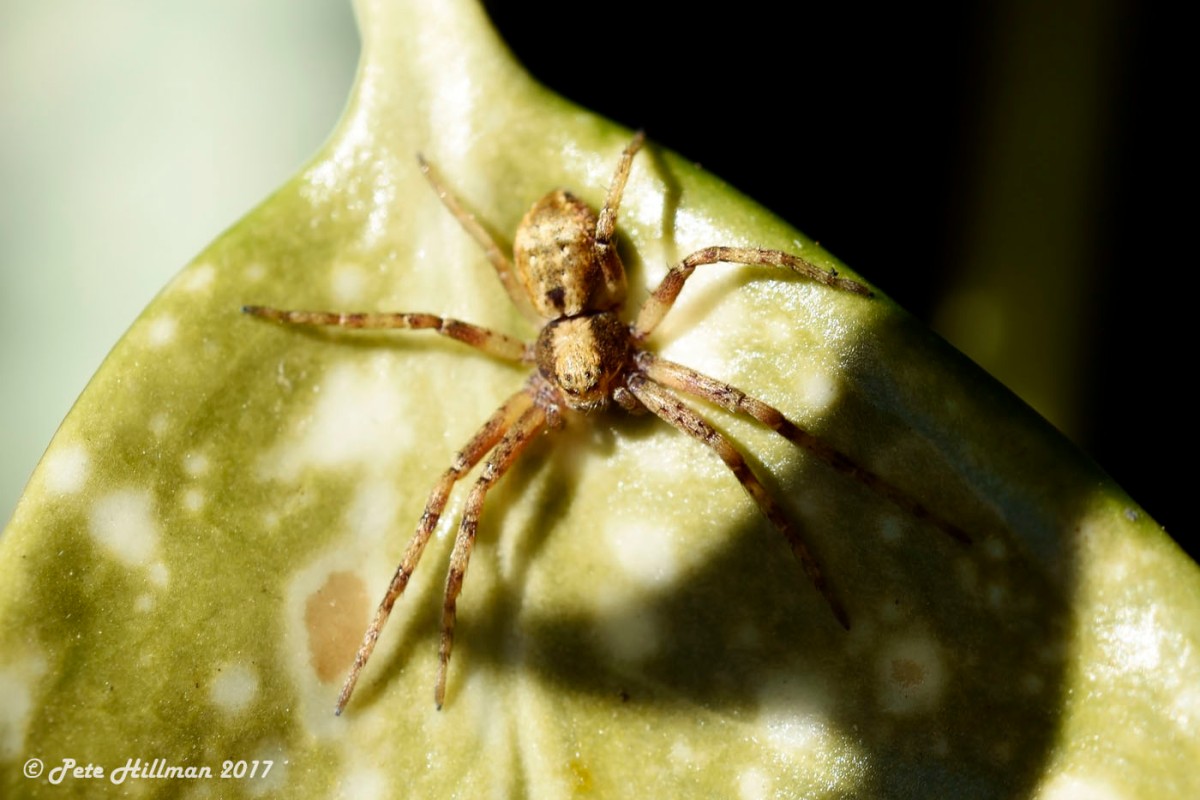 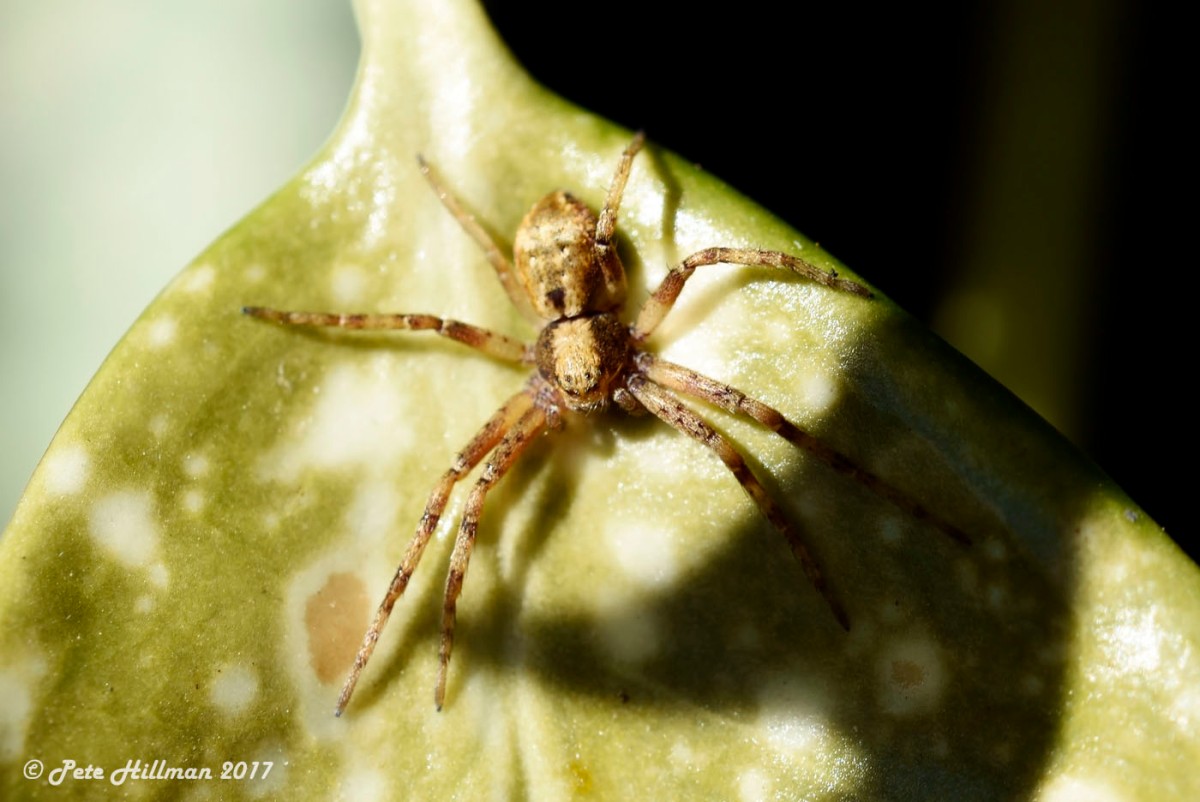 Another Philodromus sp. of Crab Spider on my Spotted Laurel which I spotted yesterday afternoon. The competition seems to be hotting up!

Now this crab spider is on the flowers of the Spotted Laurel. Please click image for a larger, more detailed view. 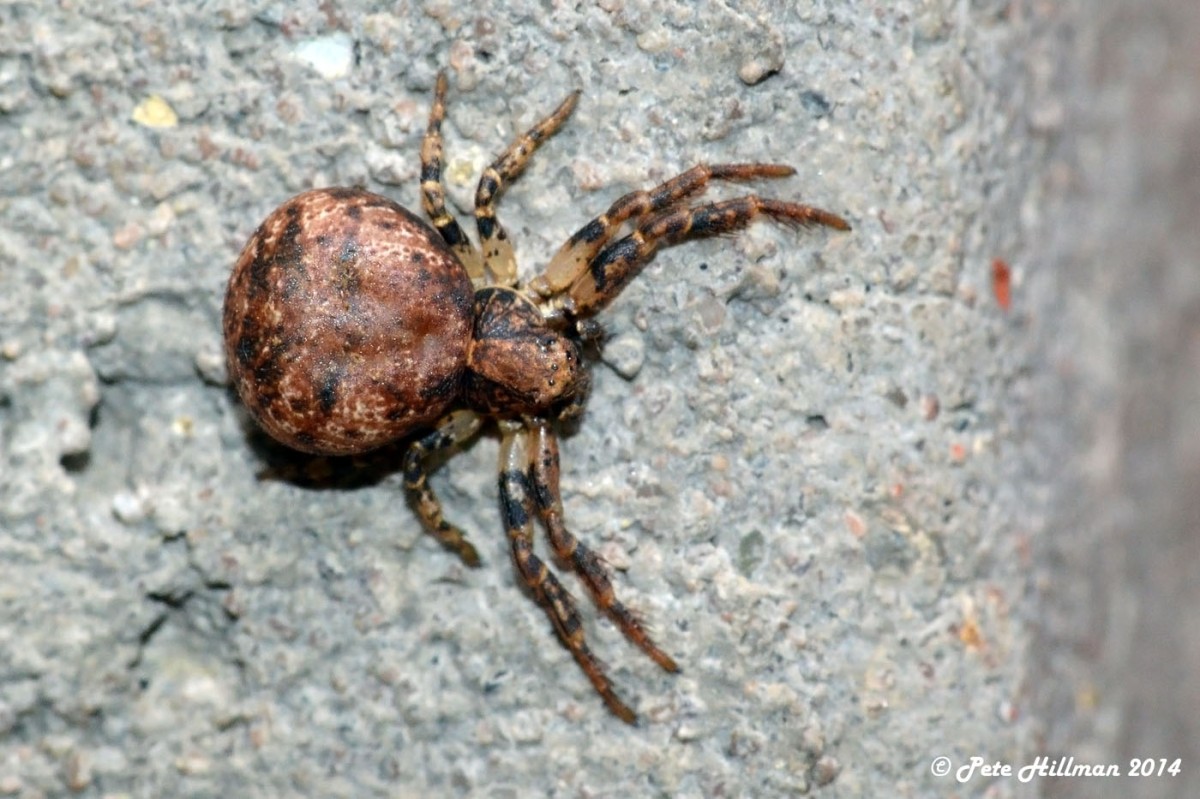 A reddish-brown species of Thomisidae which has fairly distinctive patternation, except in the females. Body length up to 4mm.

It feeds on other invertebrates.

The adults are seen primarily in spring and summer, but may be seen throughout the year. Found in various habitats, including woodland, hedgerows, parks and gardens. It can be found under bark, on moss, leaf detritus, low vegetation and on trees and shrubs. Common and widespread in the south, scarcer elsewhere.

In these photographs you can see how this crab spider has anchored itself to the surface with silk to secure itself.

When clearing some plants ready for the autumn and winter, I discovered this little crab spider which camouflages itself to blend in with the colour and pattern of flower petals. Any unsuspecting fly or even bee which happens upon the blossom will get a nasty shock as this spider will suddenly snatch it with its long front legs and then will begin devouring it.

I now prefer taking these sort of photographs where you have a pale subject in direct sunshine in ‘manual’ mode, as this gives me more control over the light to avoid over exposure and blowing out of the highlights. I kept the ISO at 100, the aperture was f/9, and I increased the speed to 1/200 sec, which appeared to give me a balance I was happy with. These were taken hand-held, no flash was required. 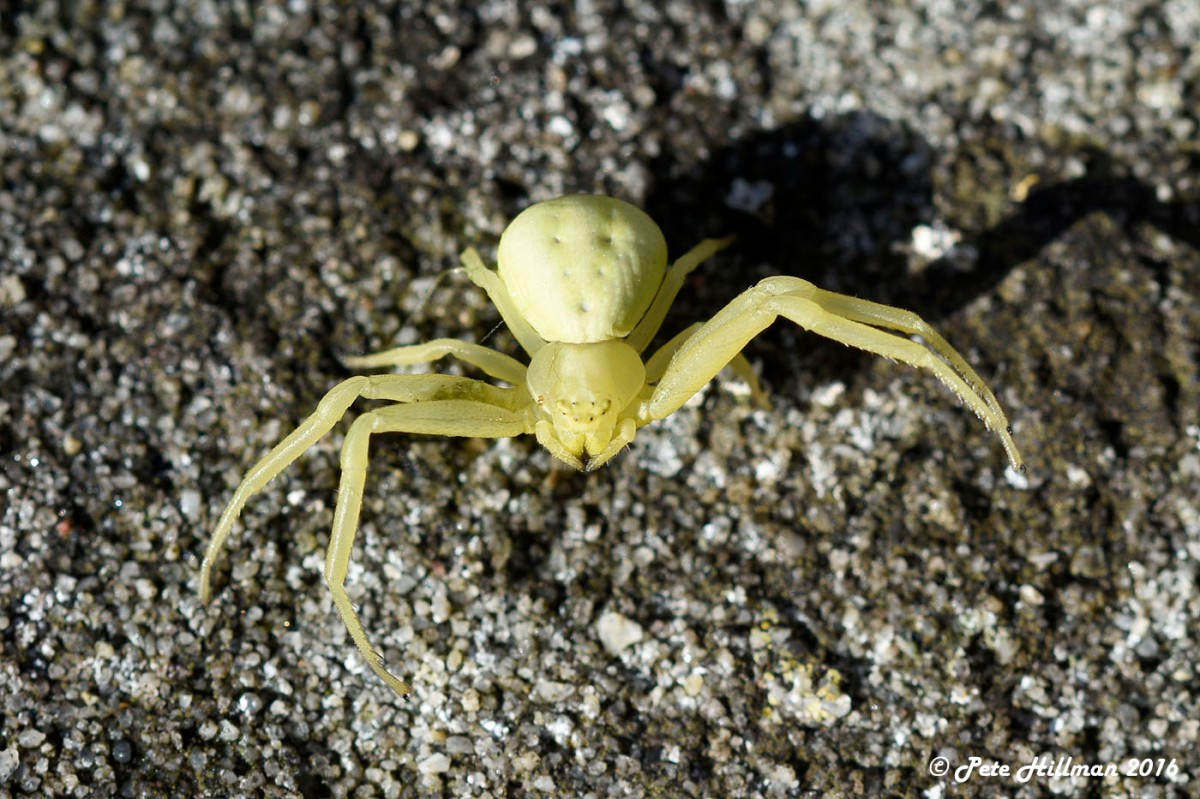