Both sexes have two yellow stripes on the thorax and one on the abdomen with a white tail. They have sparse hairs and the wings are darker. The facial hairs on the male are black. Size 15 to 19mm. 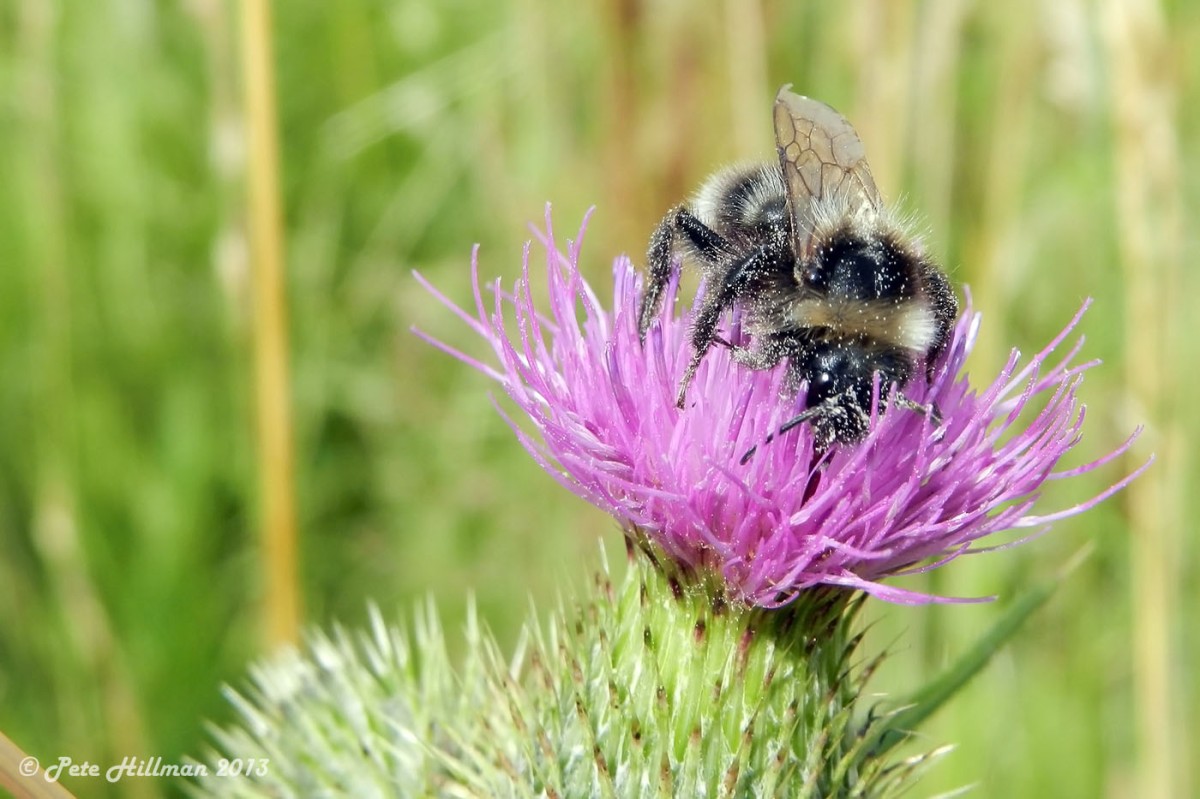 A cleptoparasitic bee of the nests of the Garden Bumblebee (Bombus hortorum).

Females searching for hosts to parasitise are seen in April to May. Males and females on flowers in July and August. Found in many habitats, including gardens. Not generally common, but widely distributed in southern England and in west Wales.