This acorn is growing on Pedunculate Oak (Quercus robur). Acorns are rich in nutrients, and not only do mighty oak trees grow from acorns, but so do the various birds, mammals, insects and other animals which rely on them throughout the season. 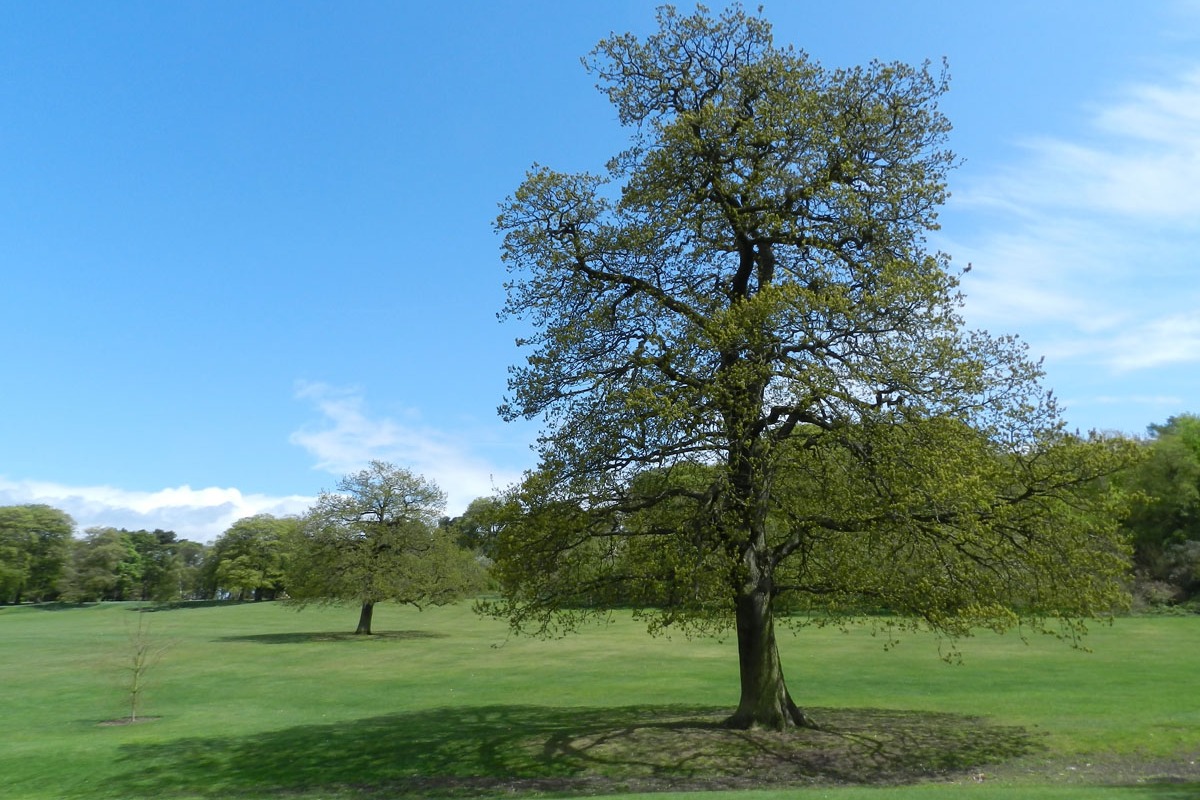 Also called the ‘Durmast Oak’, it is a sturdy deciduous tree, with long radiating branches around a taller more upright trunk compared to the Pedunculate Oak. It can grow up to height of 40m (131ft). The leaves have five to six lobes, and are dark green and hairless above, with yellow stalks 1-2.5cm long. They lack the auricles (earlike projections), which the Pedunculate Oak have at the base of the leaf. The acorns are long and egg-shaped, and are stalkless, fixed directly to the twig in small clusters. This oak maybe confused with the Pedunculate Oak (Quercus robur), which has acorns on stalks, and leaves with auricles and no stalks. The flowers appear as catkins in May and are seen through to mid-June. The Sessile Oak can live for up to and over 1,000 years.

Found in woodland and parkland, where it supports an abundance of wildlife. A native species which is common and widespread in western parts of Britain, especially Wales where it has been designated its national tree and is sometimes referred to as the ‘Welsh Oak’. It is called the ‘Cornish Oak’ in Cornwall, where it is also considered to be their national tree.

The Sessile Oak readily crosses with the Pedunculate Oak (Quercus robur) to form Quercus x rosacea (= Q. petraea x Q. robur)  Bechst. This large hybrid oak tree is first described in 1909 and can be difficult to identify because of its variable nature.

It used to be heavily coppiced for fuel and its bark was used for tanning. Also used in the making of barrels and casks.