Greyish white in colour, the shell opening is the shape of that of a diamond, whilst surrounding it are six plates. Diameter 5 to 20mm. 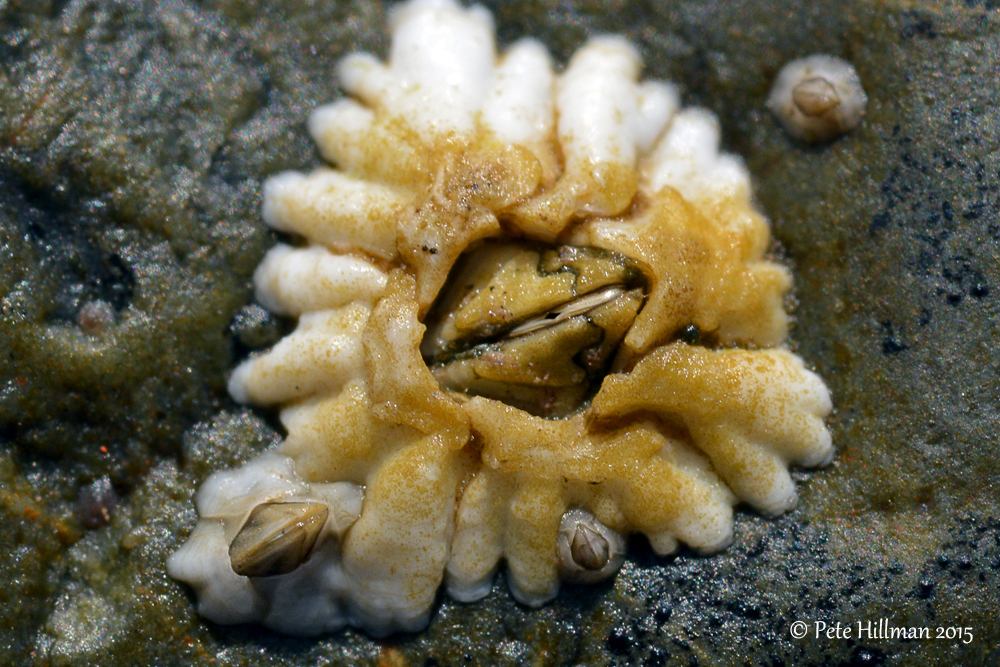 Beneath the water the shell opens up to release feather cirri which filter feed on zooplankton. They may live up to 8 years if the conditions are favourable. 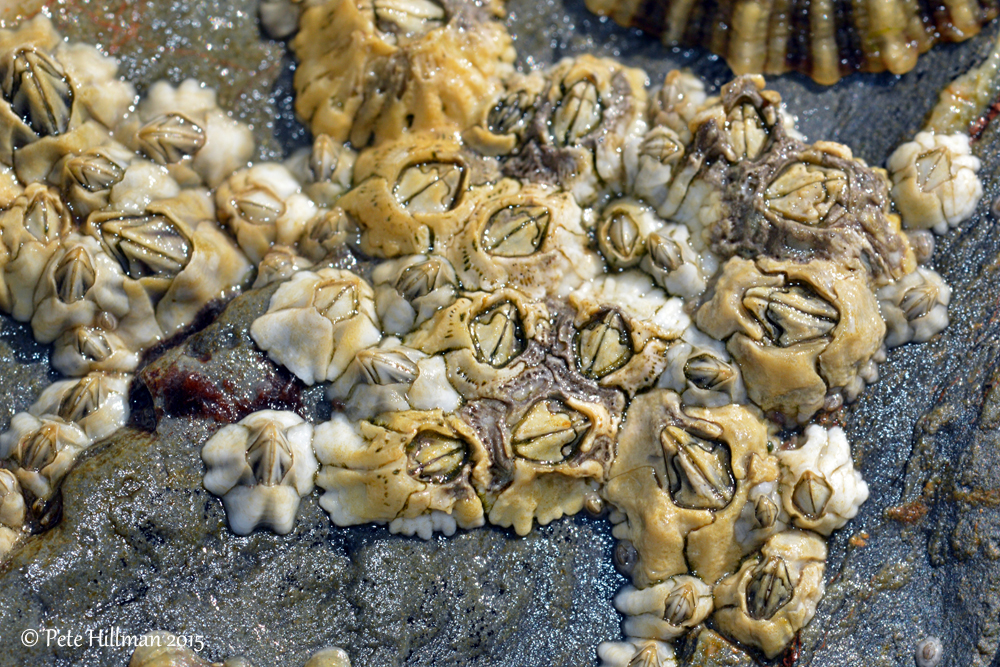 Found attached to rocks where they can cover large areas. They also attach themselves to the carapaces and shells of crustaceans and molluscs. Common and the most widespread barnacle of the British Isles. 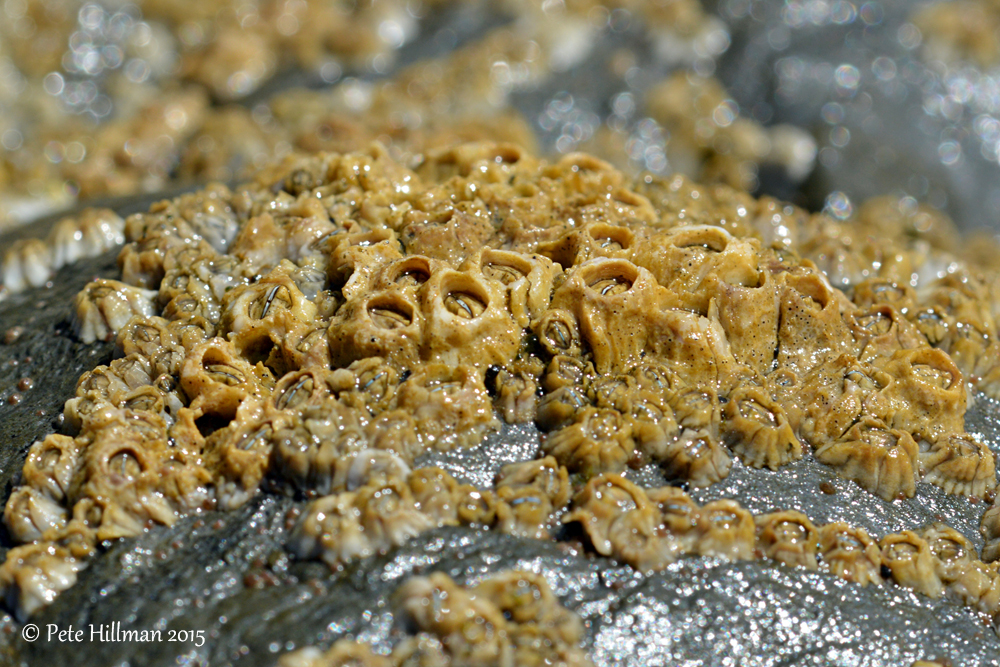