We are not talking about farmers who bring in the crops at the end of the season, but about harvest spiders, also known as Daddy long-legs spiders or Shepherd spiders. Harvestmen are often confused with spiders because of their extraordinary long legs. Although distantly related to spiders, the harvestmen are quite a distinct and ancient group.

When looking more closely at a harvestman, aside from having long legs like some spiders, but which are much thinner and spindly, the head and thorax (cephalothorax in spiders) is broadly fused together with the abdomen, and they have two eyes instead of eight. The eyes of a harvestman are usually placed centrally on a tubercule and look sideways. This is called an ocular tubercule or ocularium, and it often contains two rows of spines and teeth. Harvestmen have no silk glands or spinners, so do not produce webs or strands of silk as spiders do. They also lack venom or poison glands. They are mainly nocturnal creatures, and they feed on a variety of invertebrates, including insects, worms, woodlice, small snails, other arachnids including other harvestmen.

Opiliones, which is derived from Latin meaning ‘shepherd’, are considered to be the traditional gardener’s friend as they help to keep pest populations down. They may also eat dead organisms and fecal material, like bird droppings, and feed on fungi, fruit and vegetation. Some harvestmen have short legs, whilst other are very long which enables them to move quickly and nimbly when hunting or avoiding prey. As a defensive measure, they have a pair of prosomatic scent glands which secretes an unpleasant odour when disturbed or threatened. When the legs of harvestmen become detached they can continue to move, twitching for a length of time, which may be a way of distracting a predator so the harvestman may make good its escape.

The name harvestman may have originated from the fact that many species are mostly seen during harvest time during late summer and autumn. There are around 30 different species in the UK. 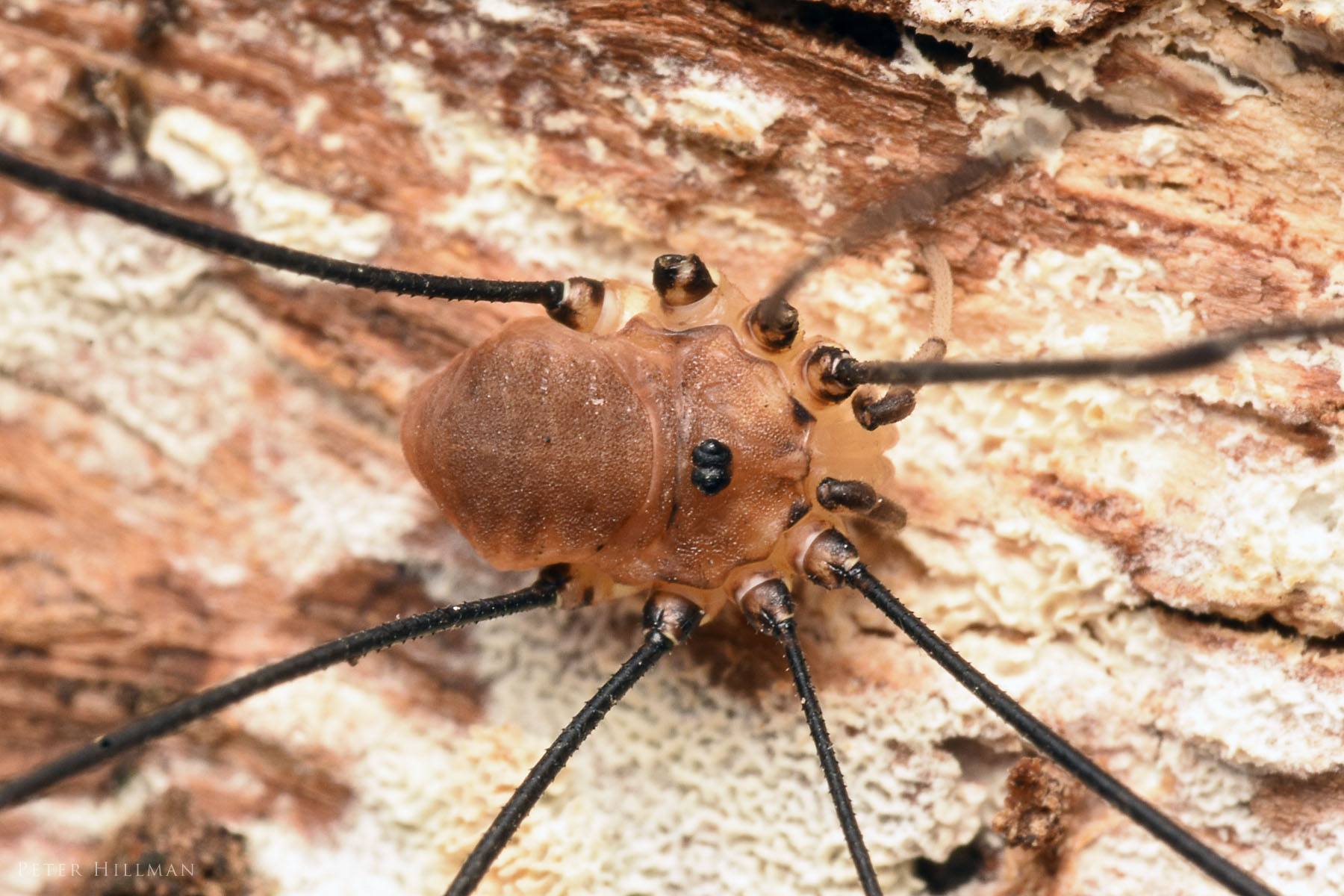 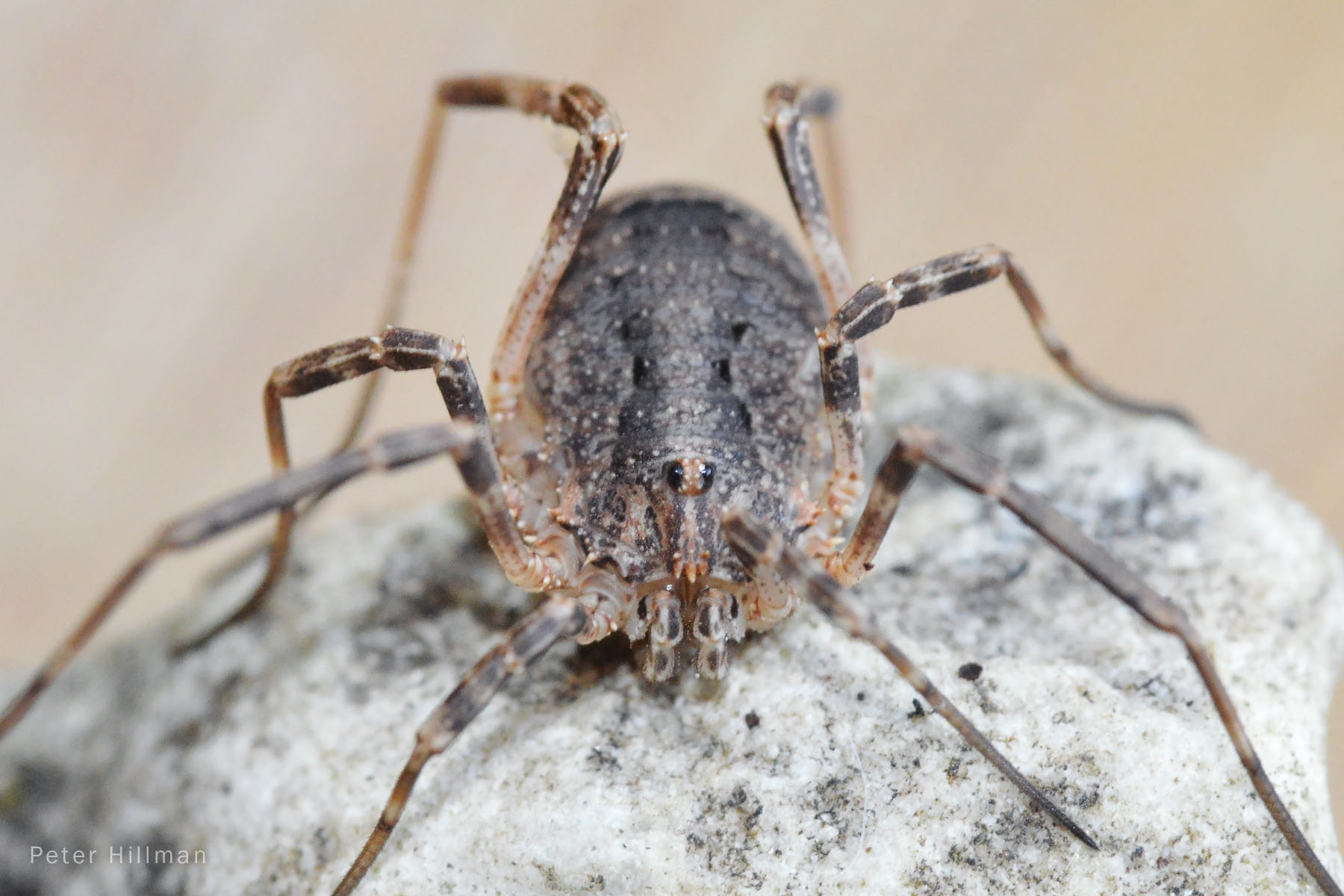