Alderflies are aquatic insects where the larvae are predators of other invertebrates. The adults are usually found at rest near slow-moving water bodies such as ponds, canals and streams, usually on nearby vegetation or man-made structures, and with their wings folded in a tent-like fashion. 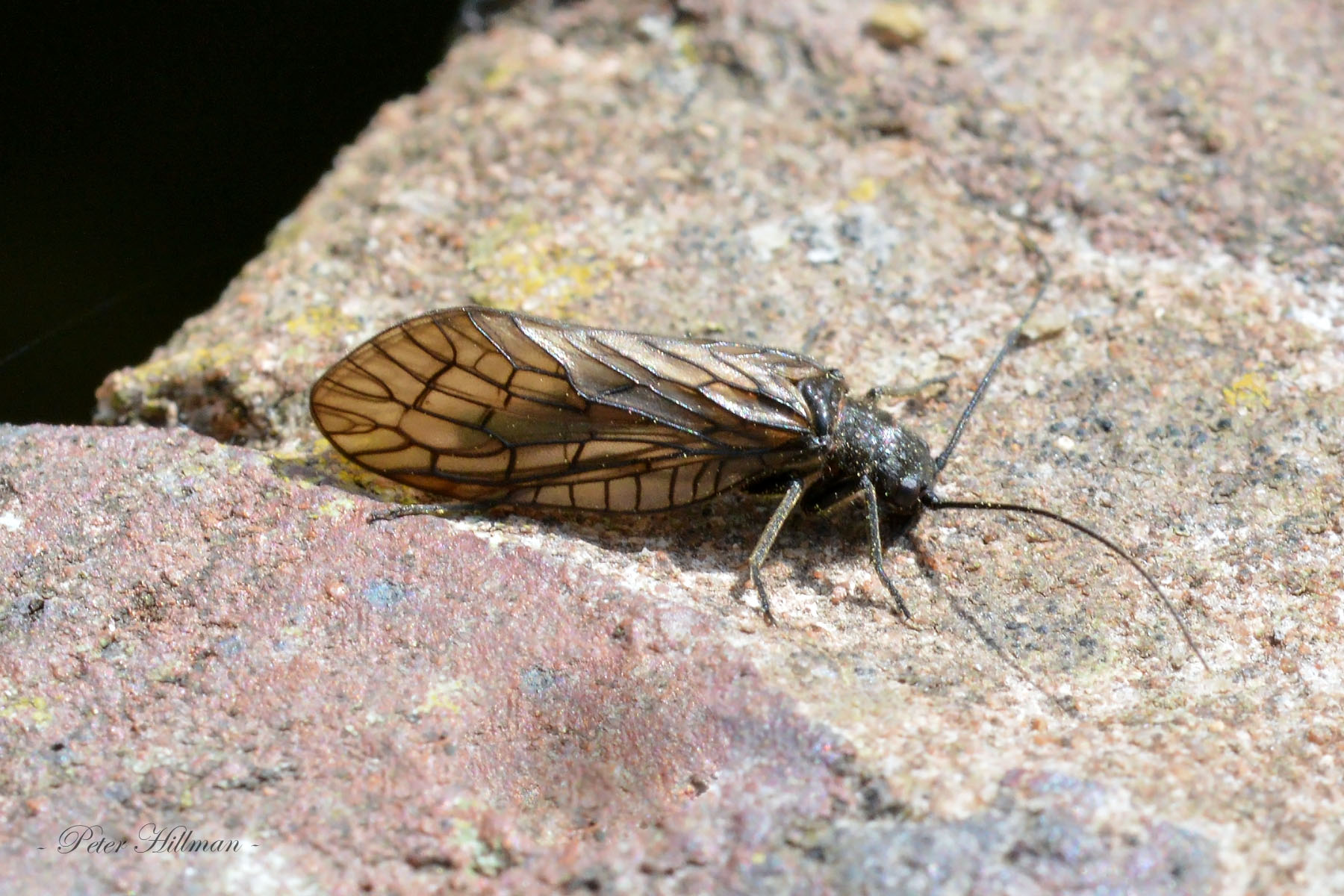