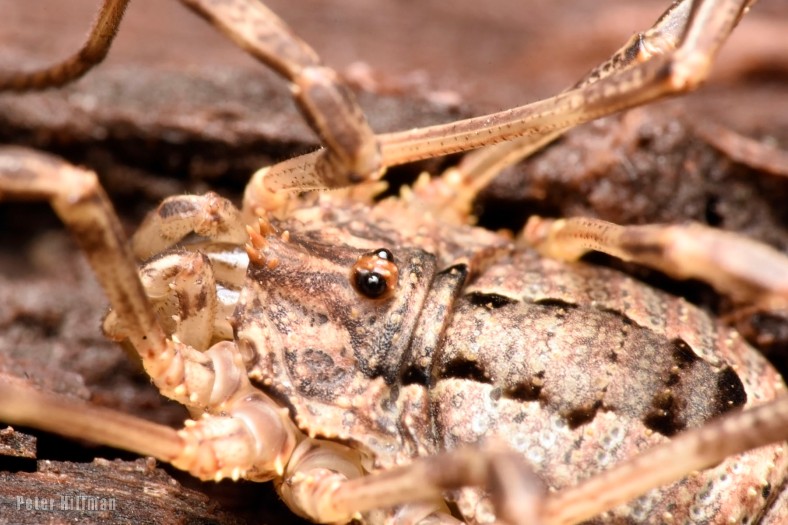 This is a fairly large harvestman with the females being larger than the males. Notably it has short to medium legs compared to other species of harvestmen. It has a distinctive black mark along its back which terminates before the end of the abdomen and appears to be darkly outlined. A key identifying feature is the cluster of spines or horns just in front of the eyes which is called the ‘trident’, and consists of three almost of equal length. The abdomen is also distinctly flattish.

Seen July to December, it is a fierce hunter which prays on other invertebrates.

Usually found around human habitation like outbuidlings, gardens and houses. Also found in parks and on brownfield sites. It is often found resting on walls during the day. Common and widespread in southern England and also found in parts of the Midlands and Wales. An introduced species which has now become established in the British Isles.

Recorded and accepted via iRecord.