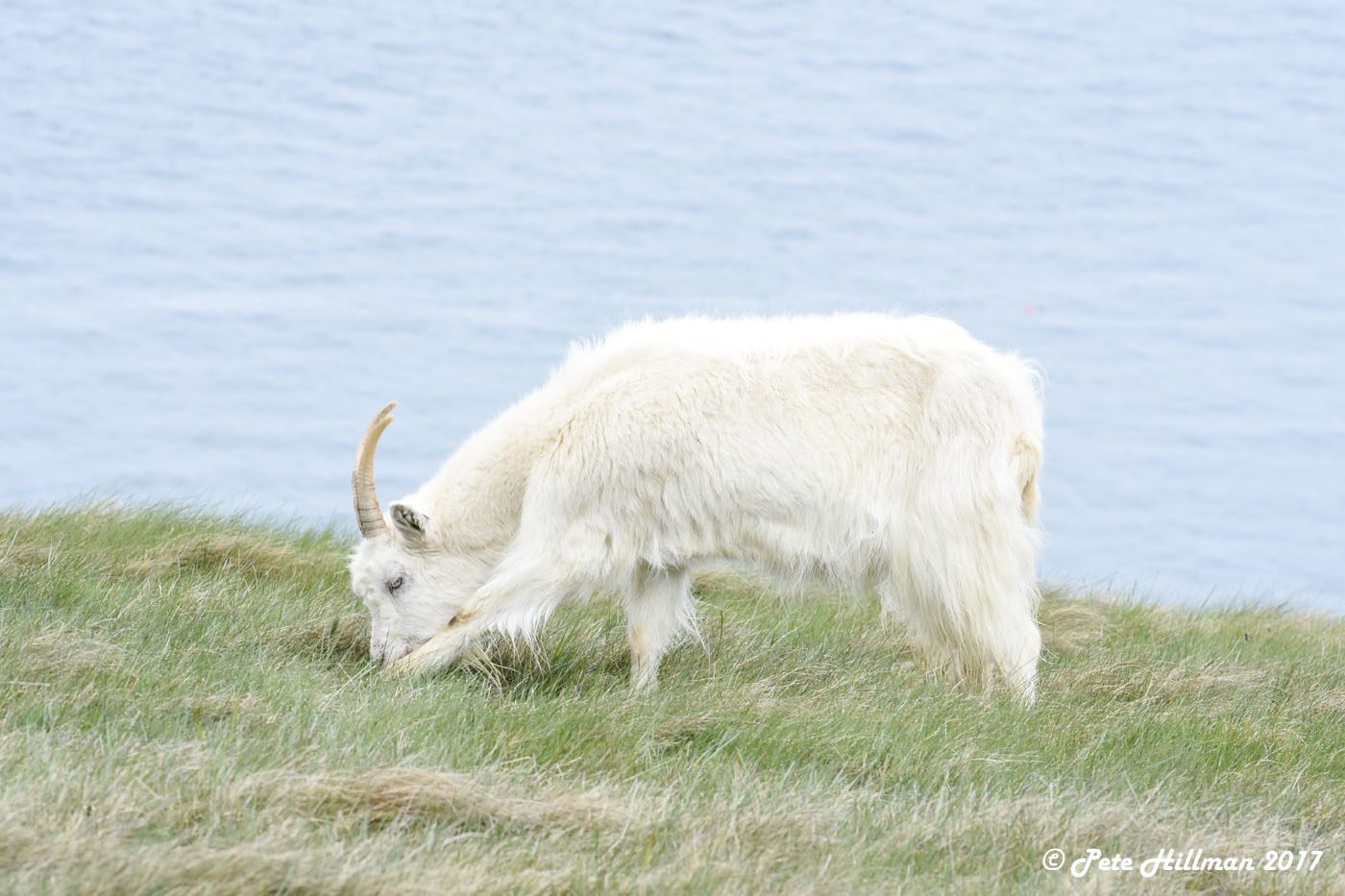 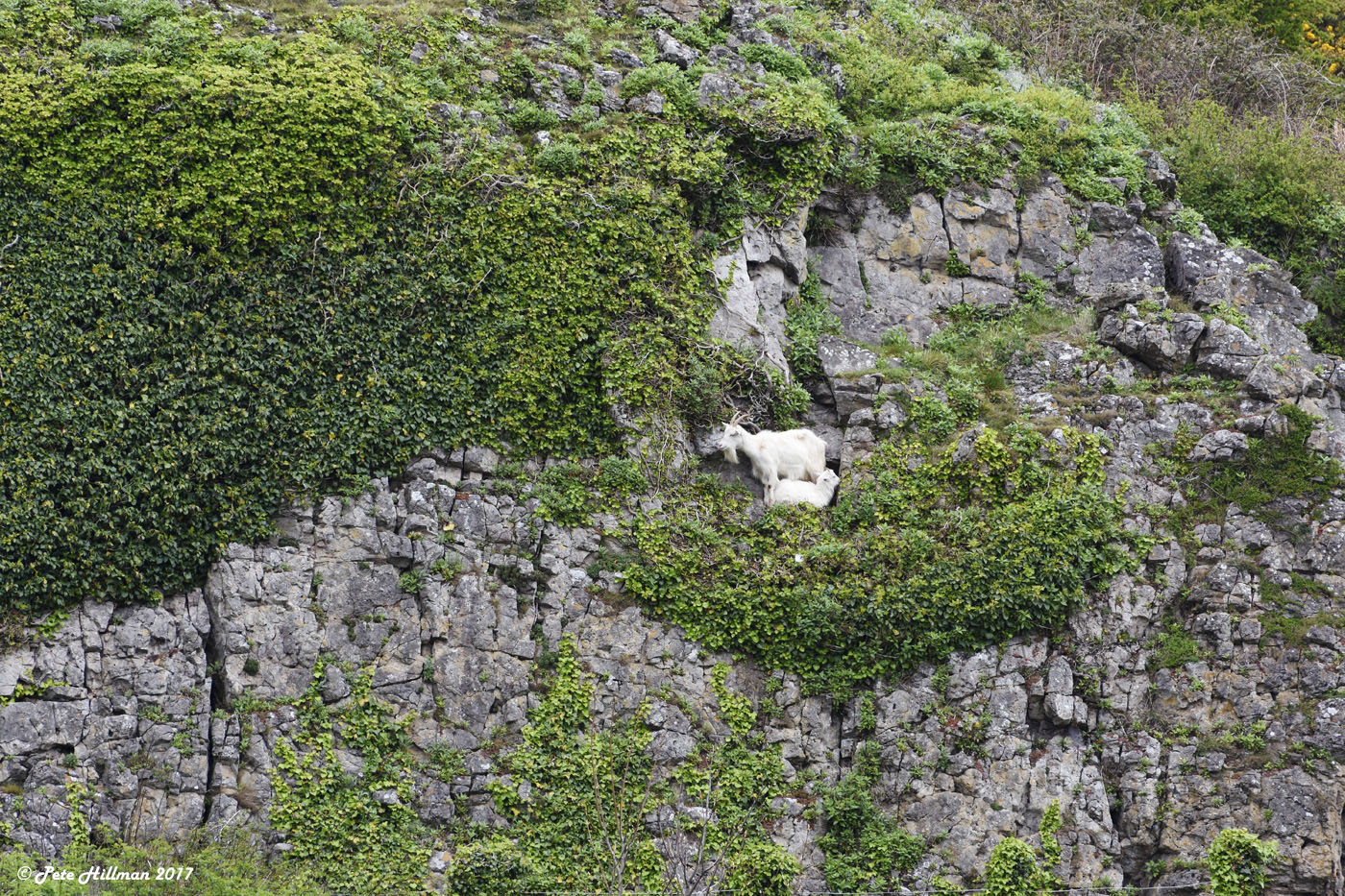 Even from a distance one can spot the goats which roam wild on the rugged headland of the Great Orme. The ancestors of these goats once roamed the mountains of Northern India, Kashmir. There are around 130 strong on the Welsh headland.

The Kashmiri goats where introduced into Britain in the early part of the 19th century by Squire Christopher Tower, from Brentwood in Essex. The idea was to create a profitable woollen industry, so he decided to breed these goats at Weald Park in Brentwood. With the goats doing well he was to produce enough wool to be able to manufacture a cashmere shawl. George IV was highly impressed and was happy to accept a pair of the goats presented to him by Squire Tower. So began the Windsor herd, which increased rapidly, and in the reign of Queen Victoria, cashmere shawls became extremely fashionable.

Later in the Century, Major General Sir Savage Mostyn acquired two of the Windsor goats, and took them to the grounds of Gloddaeth Hall. They may have been unsuitable as park animals, and perhaps this may have been the reason why the goats were transferred to the Great Orme where they have thrived until this day.

During the Coronavirus lockdown of 2020 the Llandudno goats became worldwide celebrities as the deserted town attracted their curiosity. They were seen wandering through the usually busy streets, and found chewing on plants and hedges in residents gardens.