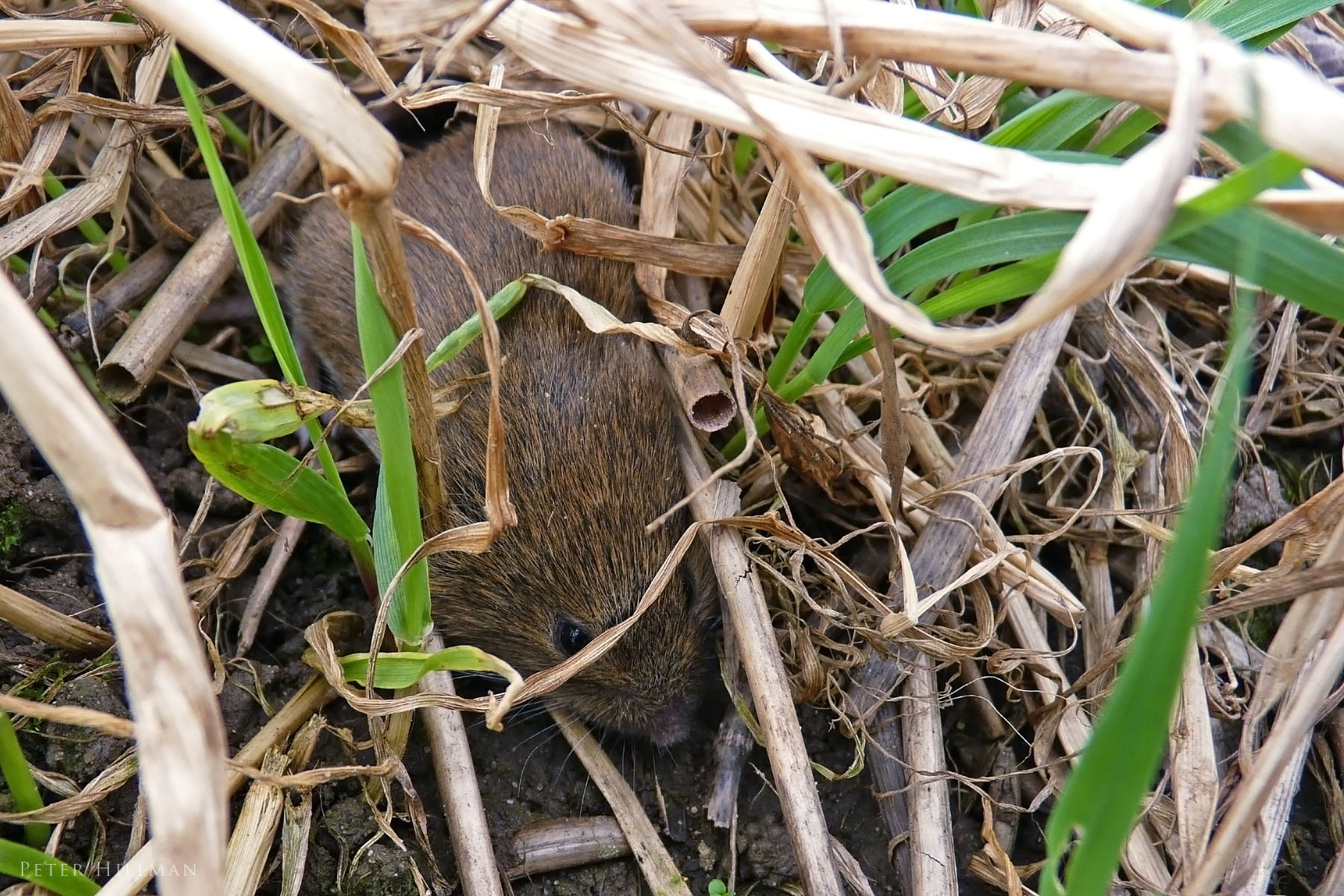 Also called the Short-tailed Vole, it has brownish fur with pale greyish undersides, and a short tail. Similar to the Bank Vole (Myodes glareolus), which has darker, more chestnut coloured fur, a longer tail and larger ears. It is an important food source to a large number of meat eaters, such as owls, kestrels, foxes, and stoats. Seen all year round.

Living underground, the Field Vole digs shallow burrows in which it finds shelter and breeds. It forms runways through the grass marking a trail made by an unpleasant smell, which birds of prey can detect via the UV light which emits from the trails. A rapid breeder, the female can have 4 or 5 litters between March and December. It can live for up to 2 years. It feeds mainly on grass roots and shoots.

With a preference for long grassland habitats, it can also be found in the damp margins of marshland, in woodland and hedgerows. Locally common over much of Great Britain. A native species.

Recorded and accepted via iRecord.