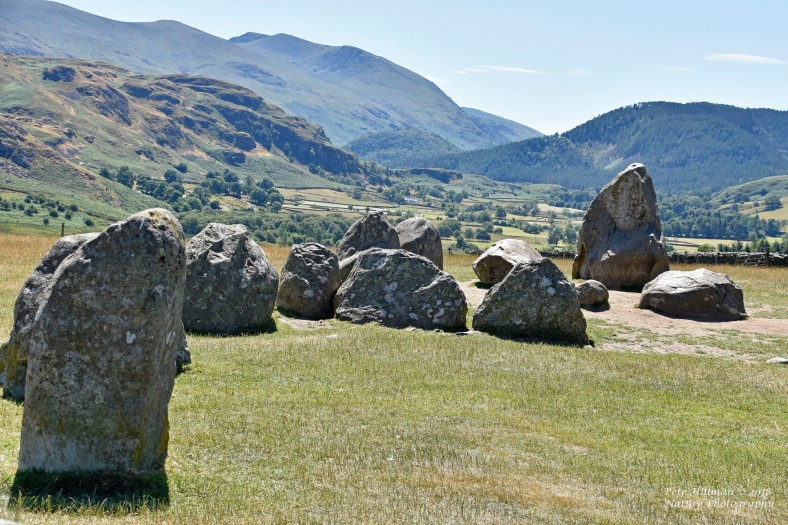 I walked 3 miles from the centre of Keswick to this most mystical and magical Neolithic stone circle of Castlerigg. It is around 5200 years old, built before the Pyramids. I fell in love with it and its magnificent setting some 18 years ago when I first visited here. It is located on a low plateau above Keswick, and is surrounded as in an amphitheatre by mountains and fells which are simply stunning to behold. One could not fail but to be moved when capturing and taking in the whole vision on first sighting. 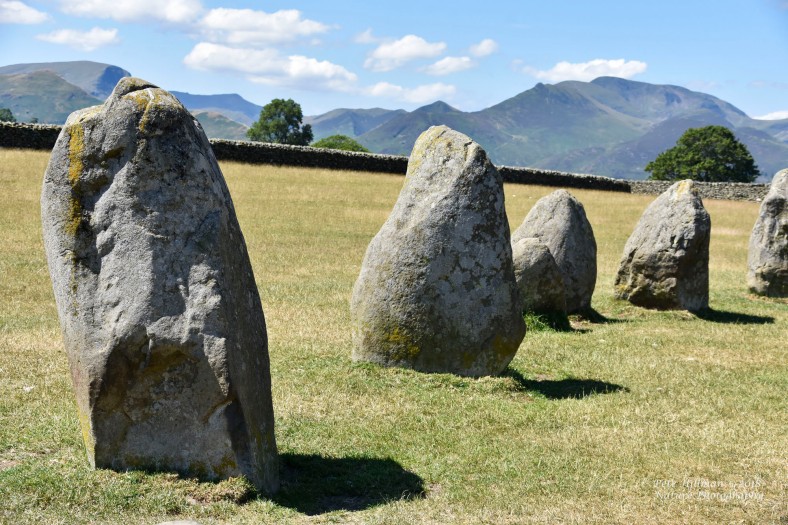 I found it stirred and pulled at something deep within me. I couldn’t help but marvel at how people of such an ancient past age had conceived of such an idea, placing such time, effort and energy in such a large project. They were so attuned to nature and the landscape around them, and their view of the world and life was a lot different from ours is today. However they built a beautiful and enigmatic monument which has certainly stood the test of time.

Viewed from within the circle and looking northwards there are two large stones with a wide opening between them which may have been an entrance way. There are 38 stones varying in size and shape forming the circle, and there is a legend that the stones are uncountable. The original circle may have had up to 42 stones as there are some apparent gaps. The tallest stone is 2.3m (7.5 feet) high, and the heaviest is 16 tons, and all are made from local rock which formed an ancient seabed over 400 million years ago. 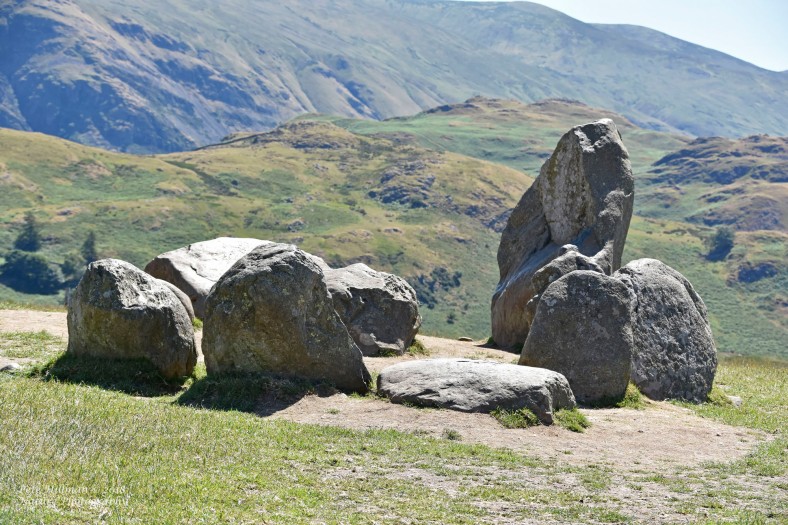 Inside the eastern end of the circle is a rectangle of 10 stones which has been called the ‘sanctuary’, although nobody know what it actually was or used for.

As well as being one of the most beautiful and beautifully set stone circles in Britain, it is also probably one of the most important. It is one of the oldest in Britain, and Europe for that matter, and it does not contain any formal burials like the later Bronze Age circles do. Therefore it’s true purpose remains unclear, but at the time it was erected it was certainly at the forefront of the minds of its builders.

One could almost imagine being back there in ancient times when amongst this ring of standing stones within its natural surroundings. Just imagine the day after the last stones had been erected, how these people must have felt after such an achievement, how their plan and design had finally come into being through sheer will and hard work. And just imagine, even for just one single moment, what it would be like to step inside the mind of one of these ancient peoples to know what they knew, and to feel what they felt within their close connections to the earth and the heavens which helped sustained them, knowing what inspired them so to move earth and stone for future generations to ponder over and to marvel at.

There are 1031 species of flora, fauna and fungi featured on ‘A Nature Journey’ and counting. The hope is to stimulate awareness and interest in the natural world so we may all come to respect it more and preserve it for future generations to appreciate and enjoy.