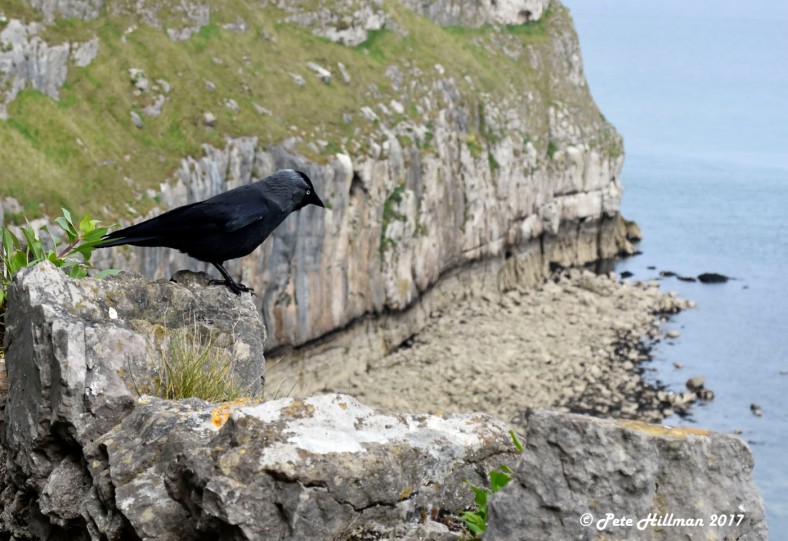 This Jackdaw (Corvus monedula) wasn’t shy at all when it came and landed on a seawall above the cliffs close by. It was so close you could almost reach out and touch it. It came even closer, and I thought perhaps it was expecting a food handout, but it had already got its beady eye on a crisp some passerby had dropped on the ground. As nimbly as can be it jumped off the wall, picked up the crisp in its beak and swooped off over the cliffs with it.

I cease to be amazed how adaptable these crows have become by the sea. I have even seen them follow the seagulls out at low tide to go and search for crabs and other invertebrates between the exposed rocks and the seaweed. 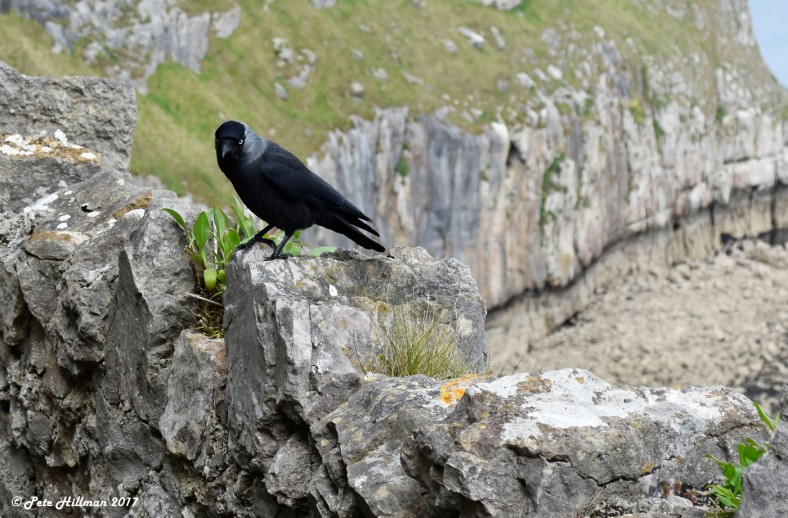 These intelligent birds are the smallest member of the crow family, and they are so devoted that they will form strong bonds with their mates and will pair up for life.

There are 1016 species of flora, fauna and fungi featured on ‘A Nature Journey’ and counting. The hope is to stimulate awareness and interest in the natural world so we may all come to respect it more and preserve it for future generations to appreciate and enjoy.