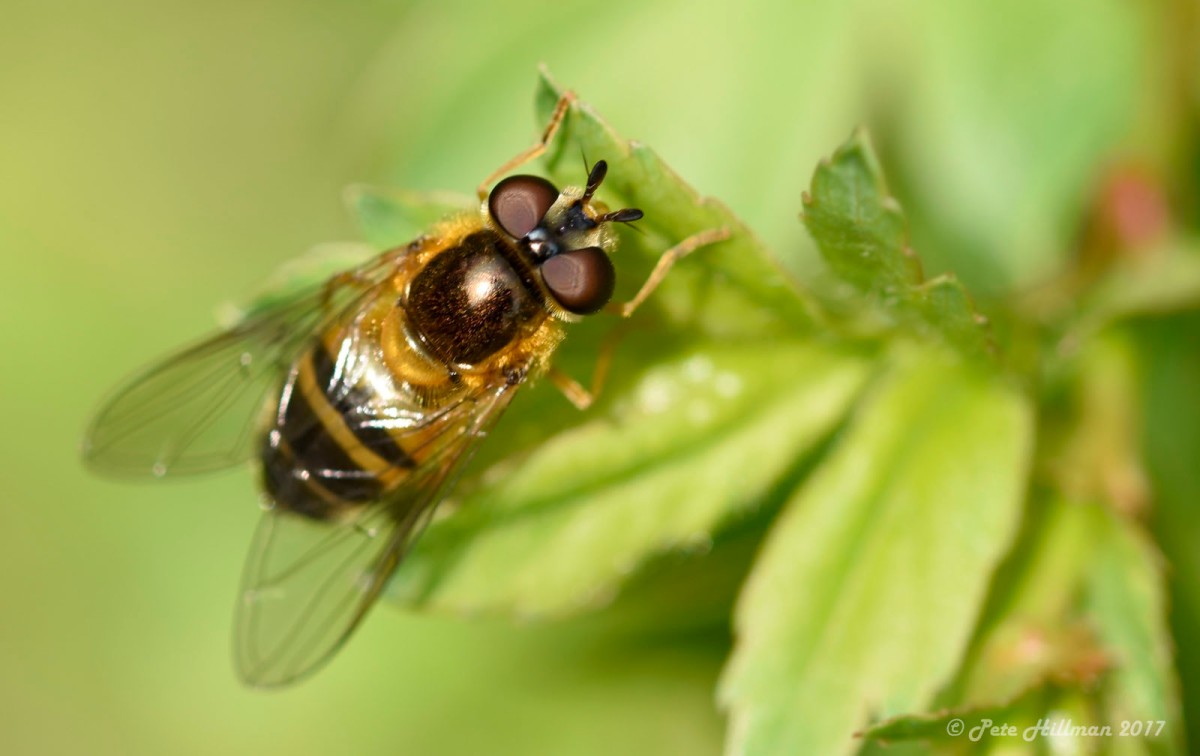 This is one hoverfly that has eluded my camera until now. For a fly it is certainly a showy one with its shiny brassy-coloured and yellow markings. A relatively small hoverfly with a wing length of between  6.5 to 9.5mm, it is mainly seen in the spring, from March through to May, feeding on flowers or resting on vegetation. The larvae are aphidophagous, feeding on aphids found mainly on trees and shrubs, so a good one for the gardener. Found on woodland margins, in hedgerows and gardens. Common and widespread throughout most of Britain, although scarcer further north.