I created a small nature pond in my back garden towards the end of April last year, and after a good start, I wondered how it would fair through its first winter.

Most of the aquatic plants had died down, and the tiny underwater invertebrates had apparently gone to sleep. The only thing that appeared to have stayed awake and active was the Blanket Weed, stringy green algae which has filled out the pond. Now the warmer weather has arrived I have carefully removed some of this weed as I don’t want it to completely overrun the pond.

I am pleased to see the Marsh Marigold is budding and raising itself out of the water as can be seen in the above image, and below the Water Mint has spread and is coming into leaf.

The water has remained pretty clear, and I have seen some damselfly larvae sunning themselves on the rocks below the water’s surface. After resetting some larger rocks on the ponds perimeter, and clearing out some pond debris, I am pleased there is still life in it, and I will look forward to see how it progresses through the spring as the temperatures rise. Ducky, also appears to be quite pleased, too 🙂 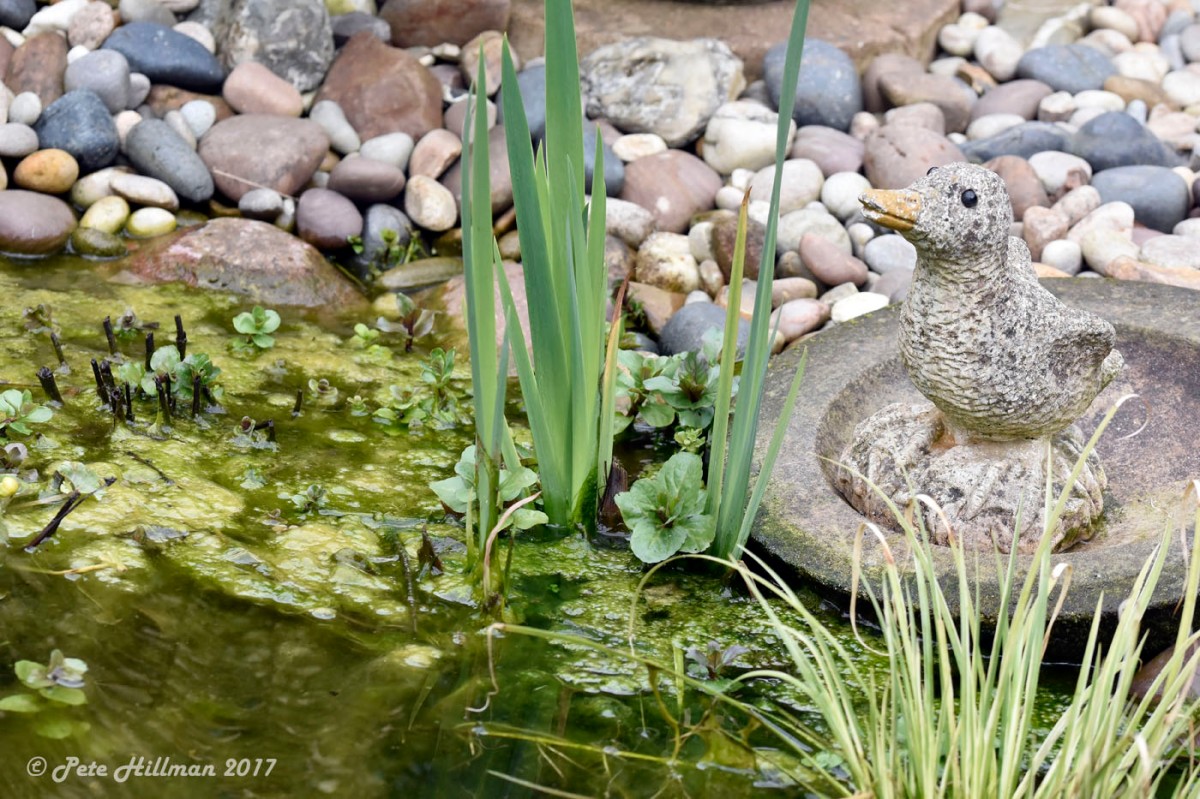 17 thoughts on “Garden Pond – After The First Winter”