People maybe surprised to know that molluscs consist of the second largest group of animals on earth after the insects, with some 100,000 species plus. Of this group the gastropods are the largest of the mollusc group, with more than 50,000 species globally. They  have been around for at least 500 million years. Their habitats can be marine, freshwater, estuarine, or terrestrial. Included in this class are the shell covered snails. limpets, sea hares, and the shell-less slugs.

The body of the snail consists of a large muscular foot, a visceral hump which is contained within an asymmetrically coiled shell (a univalve) a head with eyes and tentacles, and a mouth that contains a rasping tongue used to remove, crush and grind food. Most species of snail are herbivores, whilst others feed on live prey or carrion. They are mainly active at night so their bodies do not dry out in the sun, and during the day they hide in dark, damp places. Those with shells which not only give them some protection against predation, but also protection from desiccation, hide within them and seal themselves against rocks, stones, or vegetation.

Order: Stylommatophora (Air-breathing Terrestrial Slugs & Snails)
This taxon, now considered to be a clade, is a very large group of pulmonate (air-breathing) land snails and slugs. They are characterised by having two pairs of retractile tentacles with eyes located on the tips of the larger tentacles.

Order: Basommatophora (Freshwater Snails)
In this order are the air-breathing land snails which are found in ponds, ditches, streams, rivers and shallow lakes. They are characterised by having their eyes located at the base of their non-retractile tentacles, rather than at the tips, as in the true land snails in the order Stylommatophora. The majority of basommatophorans have shells that are thin, translucent, and which are fairly colourless.

Order: Neogastropoda (Whelks, Cones & Tritons)
These gastropods are mainly deposit feeders or predators. They all have a well-developed siphon for detecting prey. The larger bottom-dwelling carnivores commonly feed on bivalve molluscs, other gastropods, sea urchins, polychaete  worms, and even fish. They will often burrow into the sand to reach their prey.

Order: Neotaenioglossa (New Gastropods)
This order of mollusc is believed to have evolved around 70 million years ago during    the last days of the dinosaurs. They are characterised by the possession of only one gill, one auricle, one kidney and by siphon. This order is generally considered to be the most advanced of the prosobranch molluscs, which include the familiar whelks. 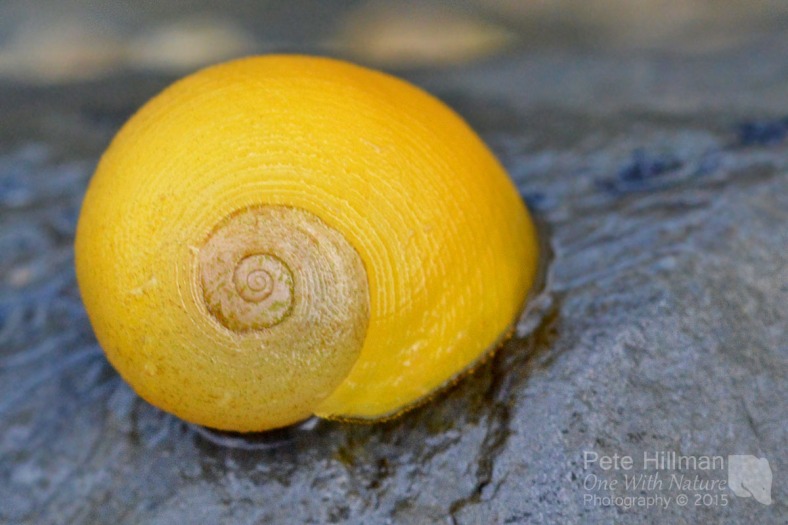 23 thoughts on “About Slugs And Snails”

There are 1031 species of flora, fauna and fungi featured on ‘A Nature Journey’ and counting. The hope is to stimulate awareness and interest in the natural world so we may all come to respect it more and preserve it for future generations to appreciate and enjoy.