No, it’s not the ‘Blood Beast Terror’ starring Peter Cushing, but simply a small noctuid moth.

The Fan-foot has light brownish forewing ground colour with three dark brown cross-lines and a fine crescent mark. Wingspan 30 to 35mm. The markings tend to be less distinct compared to other Fan-foots.  Similar to Small Fan-foot (Herminia grisealis). 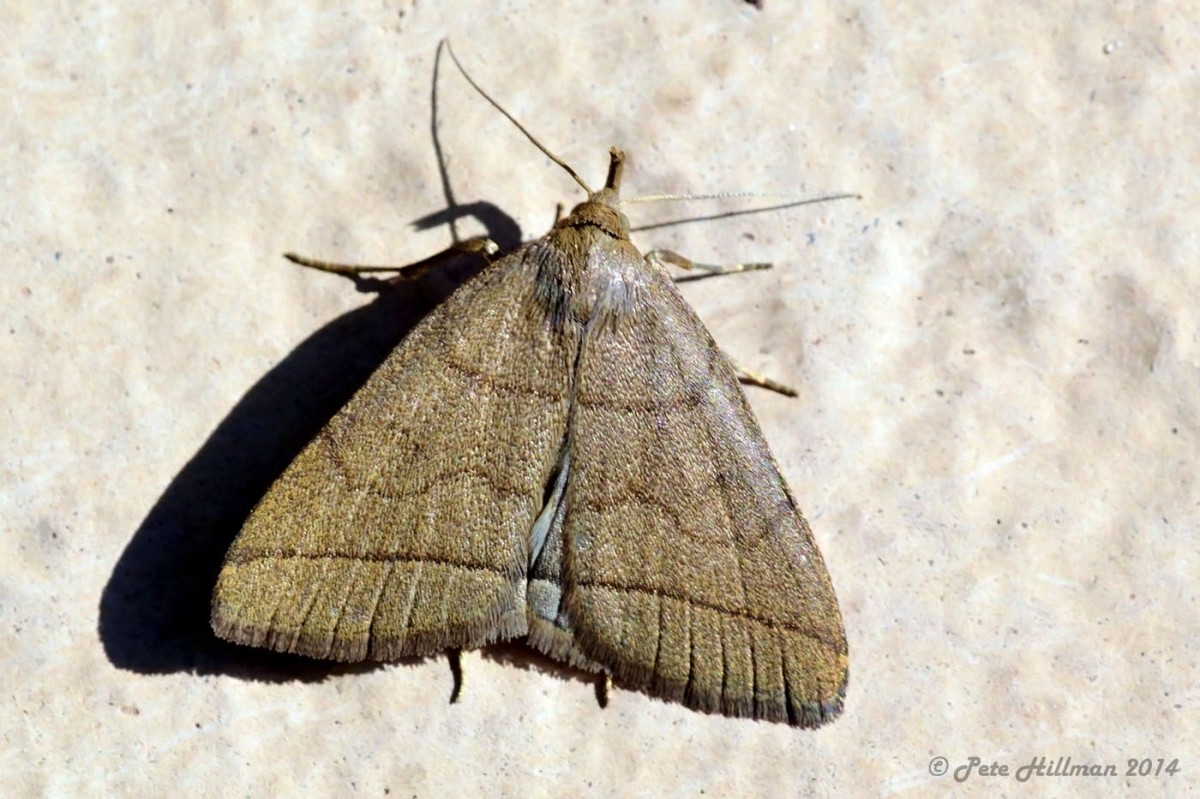 The caterpillar feeds on the withered leaves of various deciduous trees and shrubs.

It flies June to early August. Seen at dusk and attracted to light. Found in broadleaved woodland, hedgerows, and gardens. Common and widespread.