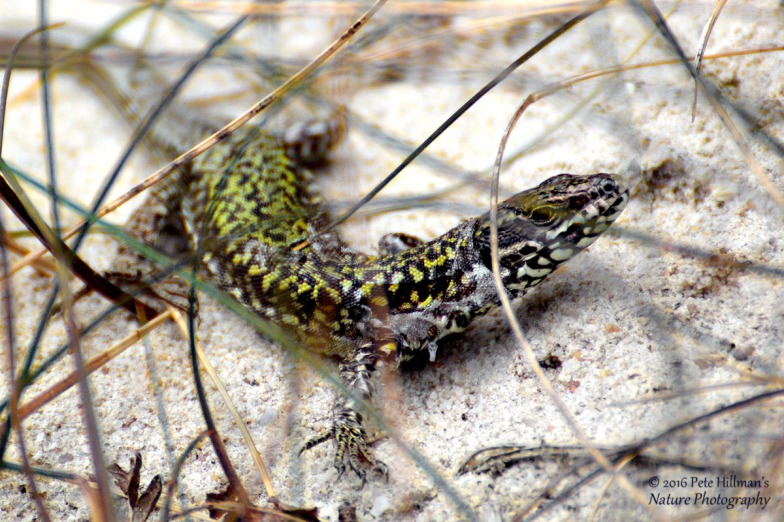 For some years I have been hoping to catch a glimpse of this beautifully coloured and patterned lizard on the Bournemouth seafront. I was not expecting to find anything on this particularly overcast day as I walked along the Bournemouth promenade, but not many minutes after crossing into the Poole section of the seafront I spied one, basking in what little sunlight there was, hiding in thin grass atop a stone wall. 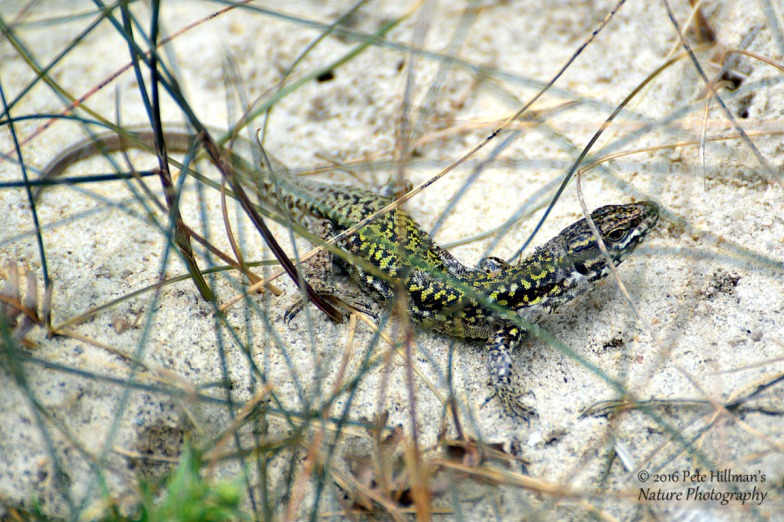 It is a medium-sized lizard growing up to 180mm  (7in) long, including the tail, which makes up about two-thirds of its overall length. It is a very agile lizard, as I saw for myself when it scurried for cover after a few minutes, only to return to the same spot not long after. Compared to native species of lizard, it can be seen running up vertical faces of walls or rock surfaces. It only inhabits a few coastal sites, and it is often associated with man-made structures, especially stone walls. It is also found on cliff faces, often basking in the sun. It is presumed to be an introduced species to mainland Britain, where it is native to Jersey in the Channel Isles.