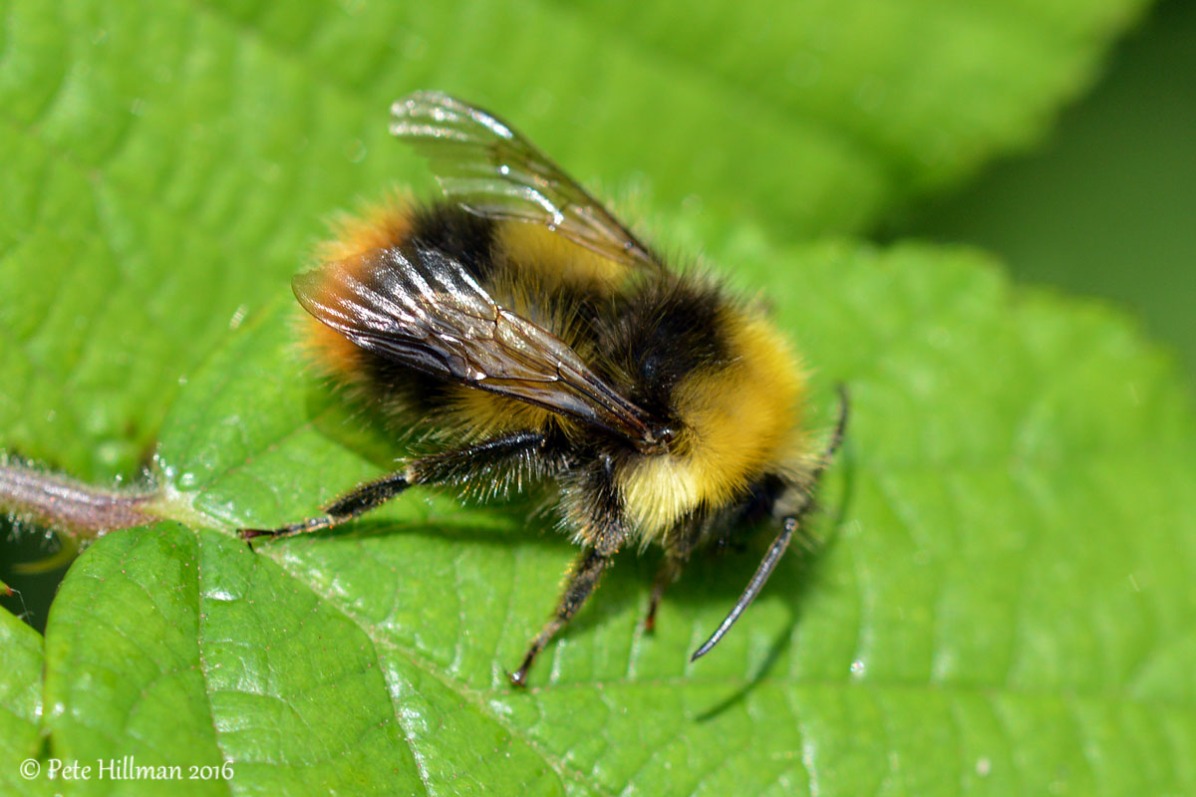 This is one of the first bees I see in early spring, and I find it to be one of the most colourful. It’s a small, rather shaggy long-haired bee with a yellow stripe on the thorax and a yellow band across the abdomen, although this abdominal band maybe absent altogether in some workers. It has a distinctive orange tail. The tongue is fairly short compared to other bumblebees. Males have long yellow hairs on the face. The queen grows up to 16mm long, and the workers between 9 and 14mm long.

It often breeds above ground in old birds’ nests, at the bases of bushes, and in holes in trees. Also nests in old compost heaps, piles of plant detritus, or in holes in the ground. Nests are usually short-lived, and most only hold up to 100 workers. Strictly herbivore feeders, gathering pollen and nectar. A very good pollinator of flowers in general, but especially of soft-fruit flowers.

One of the first bees to appear in spring, hence the English name. Found in many habitats, and especially fond of gardens. Widespread and common in the British Isles. Often two generations are produced in the south.