A beautifully marked jellyfish which has 16 distinct brown v-shaped marks radiating from the centre of the flattened bell. It has 32 marginal lobes, 24 long, trailing tentacles and 4 mouth arms. The tentacles are covered in clusters of stinging cells called ‘nematocysts’, and can give a very painful sting. Diameter up to 30cm. 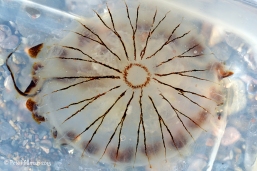 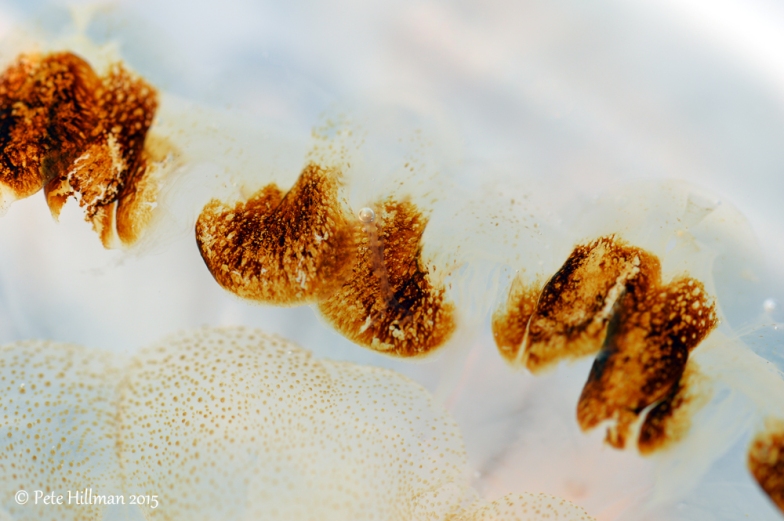 It feeds on marine invertebrates like zooplankton and crustaceans. Compass Jellyfish can change their sex from male to female as they mature.

Found inshore waters during the summer. Widespread and locally common.