At low tide this sea anemone looks like a blob of jelly when it is exposed to the air and with its tentacles retracted to retain moisture. It has variable colours, from green, red, brown or orange. 5cm high and 7cm wide. 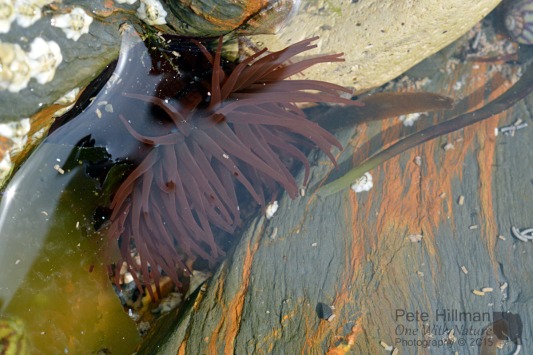 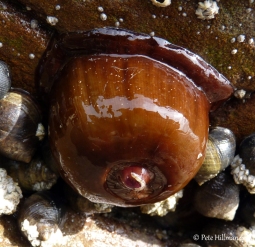 The Beadlet Anemone will eat almost anything it can catch, including mollusks, insects and isopods.

Found on upper or lower shore on rocks or in rock pools. It sticks to the base of a rock with a sucker-like foot, or submerges itself in the sand. They can use this foot to help them move around. The stinging tentacles open up in water so it looks like a flower, and it has around six circles of 192 tentacles around the mouth which it uses to paralyse and capture live prey. They are very primitive creatures. Common and widespread.

There are 902 species of flora, fauna and fungi featured on ‘A Nature Journey’ and counting. The hope is to stimulate awareness and interest in the natural world so we may all come to respect it more and preserve it for future generations to appreciate and enjoy.